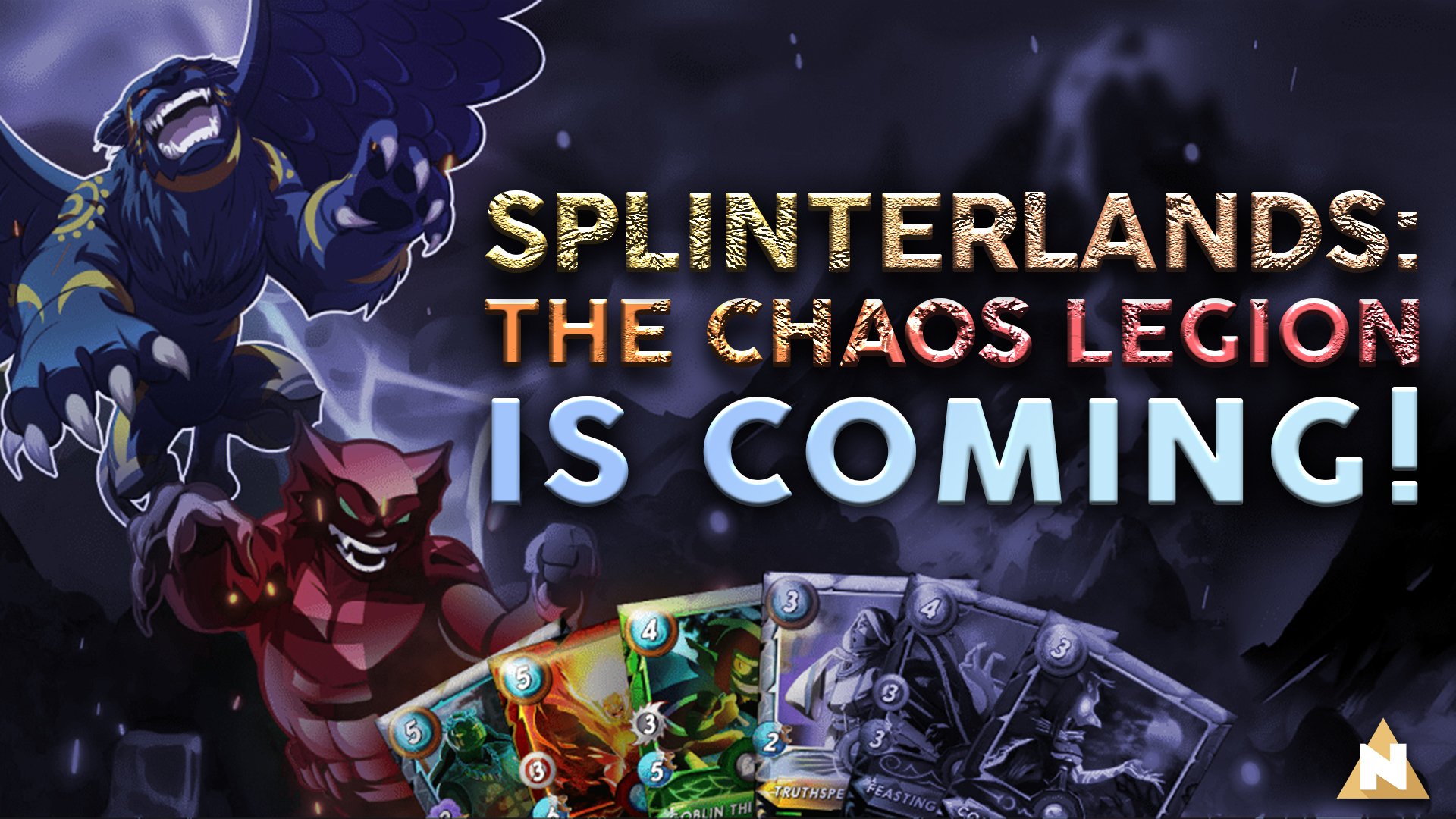 Chaos Legion is gearing up to be the biggest and best expansion to Splinterlands yet. Players new and old have been asking for the next set to be released for months, everyone is scrambling to get as much SPS staked as possible, and the development team is hard at work scaling up all of our infrastructure and systems to make sure things run smoothly with the massive influx of new players we’re seeing.

Today we want to give you the scoop on how the presale is going to work, how Splintershards (SPS) plays into it, pack details, and most importantly we’ll answer the question burning in everyone’s mind:

We appreciate everyone’s interest and patience while we’ve been preparing to share all of this exciting information with you and we’re also eternally grateful for all of the support from this amazing community. We do it all for you guys. Buckle up summoners, we’re coming at you hard and fast!

This presale will work a bit differently than how they’ve worked in the past. To make things fair and give everyone equal access to the first run of cards with the most bonus rewards, we’ve implemented a voucher system.

33,333 Vouchers will be airdropped per day for 30 days to SPS stakers proportional to their share of total staked SPS. The presale packs will only be able to be purchased with a voucher.

The benefits of SPS aren’t going to stop there though. During the presale event, packs can be purchased with SPS at a 10% discount. The base price of the packs is going to be $4.00 so purchasing with SPS during the presale is going to be the cheapest way to buy Chaos Legion packs.
Long term, SPS will be used in similar ways for future releases. SPS is the official governance token of Splinterlands, so it will also give players a say in future decisions on the direction of the game.

Now, let’s take a moment to discuss the packs themselves. Each pack will contain 5 cards, one of which is guaranteed to be of rare quality or higher. There will still be the same chance of rare, epic, legendary, and gold foil cards like our previous packs, and yes potions can be used to increase the drop rate of legendary and gold foil cards. The total supply of Chaos Legion packs is also going to be higher than previous packs to accommodate the recent massive increase in players.

There will be a grand total of 15 million Chaos Legion packs ever minted.

Now that we’ve answered some of your most burning questions, let’s talk about what to expect after the presale. After the initial 30 day presale period there will be a 1 week grace period to allow players to finish using up their vouchers on the presale Chaos legion packs. At that point, you’ll want to stay tuned to find out when the packs will be released and when the public sale will officially begin.

Until next time, we’ll see you on the battlefield summoners!