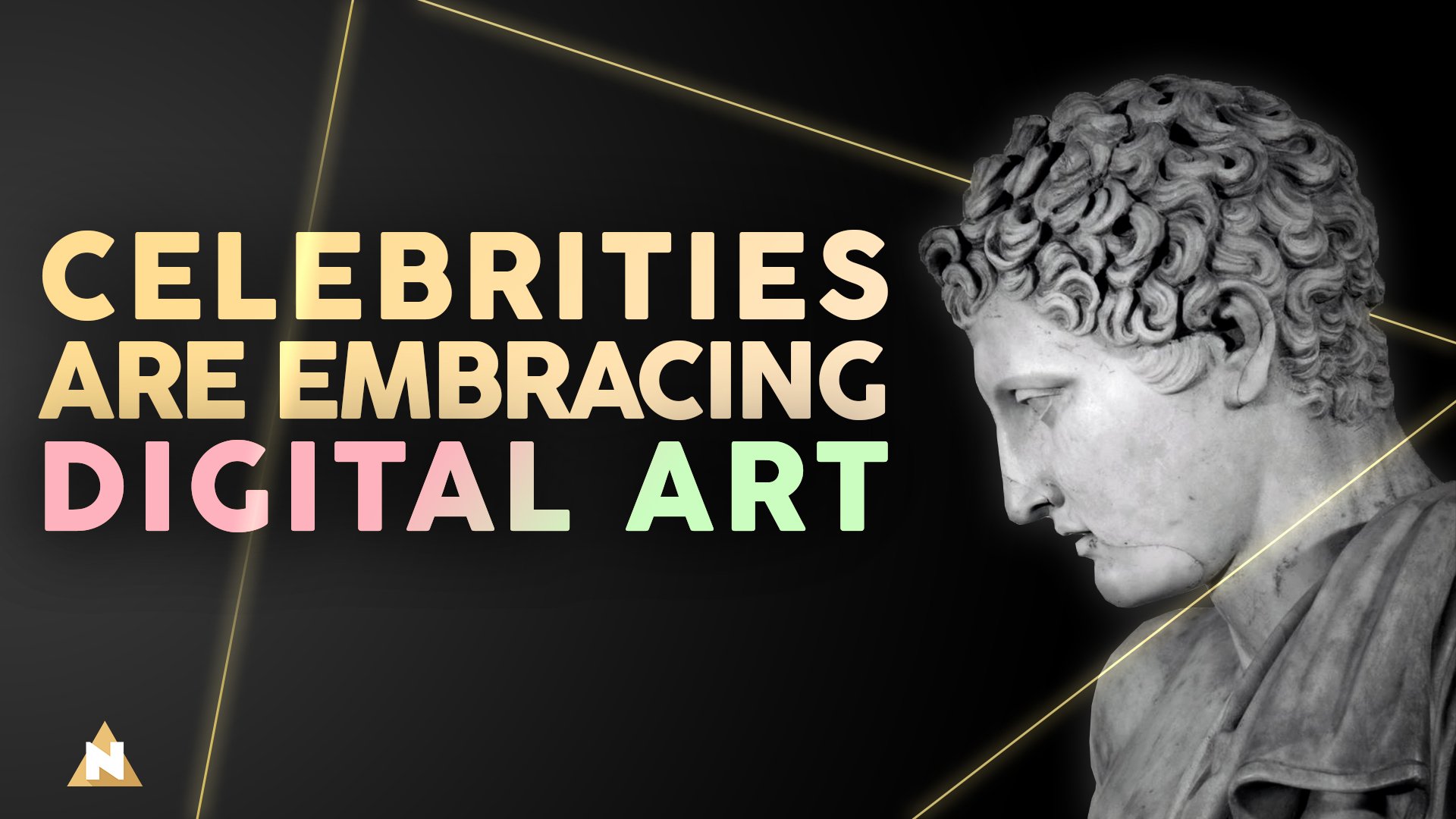 We meet a new digital artist or a new NFT collection every day. The situation provides us with amazing art, stories, culture, money, and so on. Hence, we cannot underestimate the incredible features of NFTs.

In our previous article, we mentioned that concert tickets will become NFTs, so individuals will take these NFTs for going to a concert in the future. The present and future developments in crypto art affected some celebrities, not only music industry. In other words, some famous people started to deal with NFTs. Also, these individuals are big names. If you are curious about these celebrities and their NFTs, you are at the right point at the moment! Let’s learn about the celebrities who are embracing NFT marketplace and crypto art.

Our list started with the biggest influencer of the 2000s who is Paris Hilton. Hilton is a singer, model, actress, and fashion designer. She changed the fashion world with her Y2K style, and now she would like to give direction to NFT world. Hilton created a unique NFT series consisting of three pieces called Hummingbird In My Metaverse, Legend Of Love, and Iconic Crypto Queen with the help of designer Blake Kathryn. In April 2021, Hilton sold her NFT collection for over a million dollars. In addition to her amazing digital artwork, she gave names to her pets as ‘’Ether Reum’’ and ‘’Crypto Hilton’’, so you can easily understand Hilton’s love toward the crypto world and digital art! Lots of people asked Hilton why did she participate in the digital art craze, and she said about her investment in the new media as a space for new creations. Also, she mentioned that art should democratize, and NFT world procures the democratization of art.

The love of young girls Eminem does not shake only the rap music world, also, he is dealing with the digital art world. In April 2021, he presented an NFT collection called Shady Con on Nifty Gateway, and almost every fan of Eminem became crazy. The NFT collection consists of comic books, action figures, and other original tracks, and the collectible made over 1.8 million dollars! In addition to the rap legend’s digital art, he also invested over 30 million dollars in the NFT marketplace called MakersPlace with Sony Music Entertainment. Eminem says that he did not have a market for presenting his artwork, so now he is creating some pieces in his mind with the help of NFT world.

English supermodel Kate Moss met with her lovers via her awesome digital art. Kate Moss’ NFT collection proved that crypto art and digital ownership can empower women, so individuals can change their thought about male and female digital artists. In the collection, Kate Moss slept, walked, and drove a car. Moss’ digital artwork was sold for 17.000 dollars, and she donated the money to the nonprofit organization called Gurls Talk in which young women discuss mental health, social media, and so on.

Shawn Mendes participated in the NFT marketplace OpenSea with the collaboration with American avatar technology company Genies. The musician sold his signed virtual Fender guitar, keychain, vest, earrings, and necklaces, and he earned more than 600.000 dollars. After the sale, Mendes donated this money to the Shawn Mendes Foundation Wonder Grants that help young activists with big ideas.

Cem Yılmaz who is a Turkish comedian, cartoonist, actor, and director sold his NFTs via OpenSea. He presented some woman drawings and an NFT collection including his avatars. Three of them found their new owners as a result of auctions. The NFT called 000001KIZ is sold for 5 Ethereum, and the owner of 000001KIZ won free entry to Cem Yılmaz’s shows for life. Also, Yılmaz gave his digital avatar valuing 0.5 Ethereum as a gift to Refik Anadol who is a Turkish media artist and designer producing fascinating NFTs.

Jack Dorsey who is the CEO of Twitter and Square sold his first tweet as an NFT and proved that social media can be sold, like pictures and videos, by the action. He earned 2.9 million dollars by the sale of the NFT and donated the money GiveDirectly that is a nonprofit organization helping families living in extreme poverty.

The 2000s pop icon Lindsay Lohan is following new trends in the new digital world. Lohan released a song called Lullaby as an NFT. The electronic dance music which was created by Lohan with the help of DJ Manual Riva was sold for over 85 thousand dollars in auctions. Also, the music NFT includes an animated video clip of Lindsay Lohan with butterflies. In addition to Lullaby, Lohan sold the NFT of Daft Punk that is the broken-up French electronic music duo for 15 thousand dollars. The EDM duo broke up in the morning after the release of the NFT, so some people think that Lindsay Lohan is very lucky or she knew the duo was breaking up. Lohan says that NFTs, blockchain technology, and cryptocurrency will specify the future of entertainment.