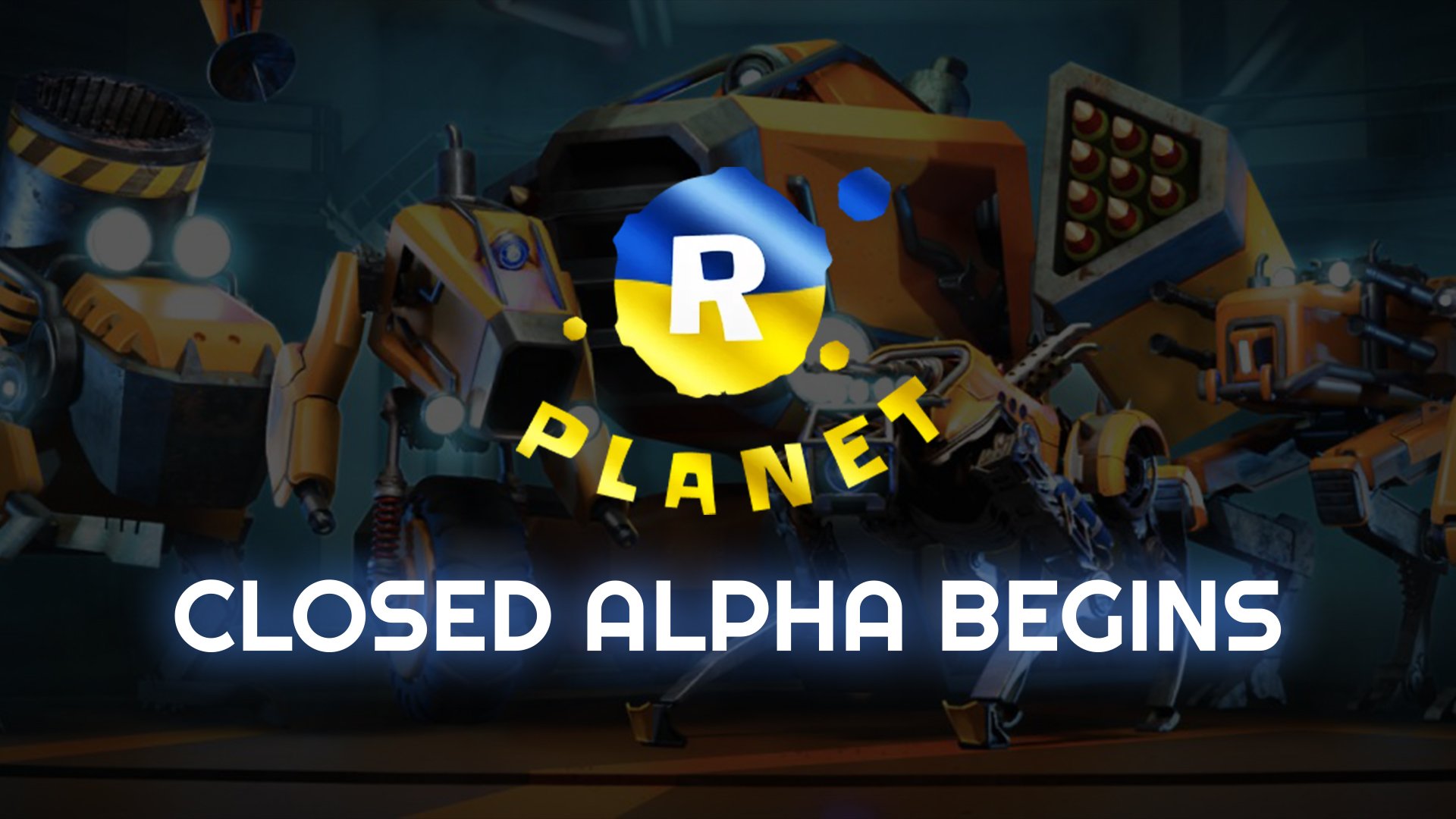 As we announced earlier, the real-time military strategy game R-Planet will be launched on mobile (both the version of IOS and the version of Android) on 22 September 2022! Now, we would like to explain some details of the Closed Alpha.

First of all, we want to emphasize that you can reach the game via your favorite mobile device. Then, we should mention again that it is closed alpha, so only 1000 gamers are selected to be the first person who gets the chance of experiencing the game. These gamers are chosen via R-Planet Alpha Lottery; via the lottery, people can buy tickets for getting a chance to participate in testing the closed R-Planet: Conquest Alpha testing. It will be an all-vs-all arena battle server that will last until 100 survivors, who will be rewarded with unique presents NFTs of heroes that will not be reproduced in such appearance ever again.

The Details of R-Planet Alpha Lottery

The lottery drawing required buying a ticket, but people could buy more than one ticket to increase their chance. On the other hand, only one winning passcode per account is possible, but each ticket increased the chance for gamers. People can visit the lottery page for learning whether they won or not. Also, we want to mention that the tickets for the lottery were sold for Aether which is the native token of the project. The sale of lottery tickets started on August 23, and it ended on September 8. You can read other details of the lottery via the link. If you have the secret passcode, you should be ready for encountering the closed alpha of R-Planet: Conquest on September 22!

How to Play Closed Alpha

Now, we would like to explain the gameplay of R-Planet MMORTS. The game is a server-type game, and each server has a start date and the end when the winners will be chosen. The first type of server is a battle arena, and the goal is to survive. As we mentioned above, it will last until 100 survivors are left. For being a survivor, you should improve your base and army, defend your base, and capture and destroy your enemies’ bases.

For starting the game, you should know the key points:

1) Using the secret passcode: If you reached a passcode from the lottery, you should use it.

2) Choosing the faction: Factions differ by the characteristics of units.

3) Choosing the region: There are four areas on the map, and you can choose your desired region. For example, if you will play with your friends, you and your friends can choose the same region.

*Function of alliances, heroes, artifacts, Аhnangs, and Masics are yet to be implemented and will be added in the future.

The RDAO Role in the Future

RDAO is the token of the R-Planet DAO, and it has two significant roles:

If you own some RDAO, you must take a few steps to participate:

The RDAO Staking (BOX) pool will be opened a few days before the distribution starts on September 25, so everyone will have a chance to join and fulfill those actions.

Roadmap of Assets Sales for R-Planet

After R-Planet Open Alpha is launched, along with the Roadmap of Updates, the Roadmap of the R-Planet Assets Sales is revealed for the following months. RDAO holders can deal with the circumstance because the Sales of Assets are one of the primary sources of income for the RDAO Reward Fund.

*You can reach the other details of the distribution of BOX and Roadmap of Assets Sales via the link.

The team behind R-Planet announced that the Closed Alpha will take somewhat around two or three months. After the testing, the launch date of the first open R-Planet MMO Alpha server will be announced by the team. Now, it is time to wait for the opening of the Closed Alpha!