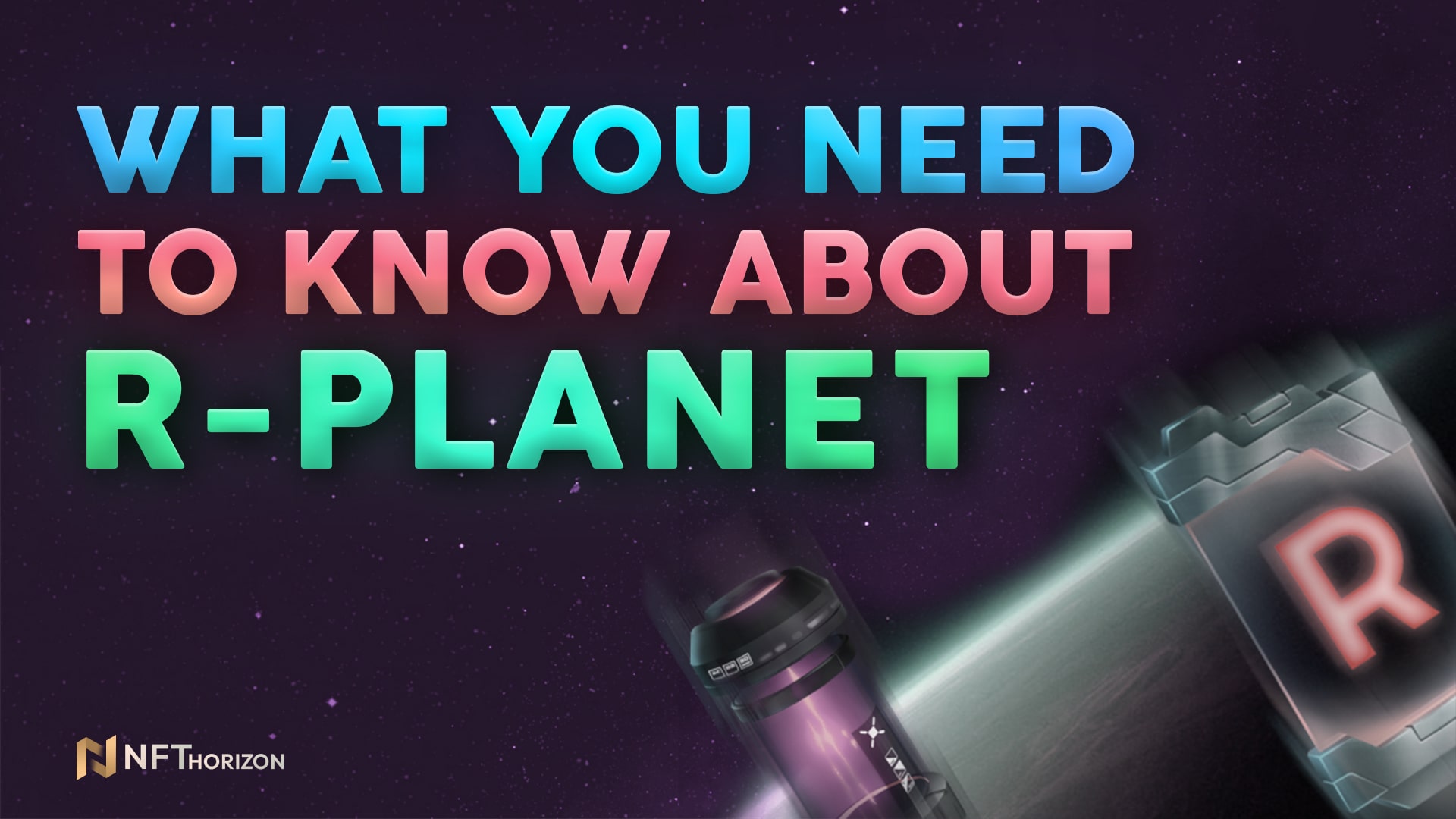 R-Planet Metaverse is waiting for you! If you are new to the project, you are at the right place now. We would like to inform you about R-Planet with the news because you should know the details of the project to develop yourself in the Metaverse.

Firstly, we want to mention that the whole community is awaiting the launch of the Conquest game that is the main destination of R-Planet. The major battle begins when all the advanced animals will be able to defend their new home, develop their life on the planet, and bring peace to the R-Planet and the galaxy.

Let’s examine the details of R-Planet Metaverse together!

So, this story began a long time ago. A group of animals, whose brains were developed with cutting-edge technologies, have fled from the laboratory in a secret spaceship. Their commander, Captain Pig, ordered them to steer the spacecraft toward the R-Planet, the closest planet available for life.

Captain Pig had a plan, he discovered a way to extract an essential substance for creation called Aether from space. From this substance, Aether, you can create four basic elements, and develop new elements/materials by combining them in unique combinations. Captain Pig knew that the crew had to create a lot of materials to be able to start their life on the R-Planet. So, they worked tirelessly during the long flight, and by the time the spaceship reached R-planet they had enough materials to be able to build the infrastructure they needed and upgrade their R-Planet lands to be able to mine more native R-Planet minerals. Only four minerals, that are Wecanite, Caponium, Enefterium, and Waxon, can be used for the creation of everything on the R-Planet.

And right then when the advanced animals just started to feel safe and secure about their future in their new home, like a thunderbolt from the skies, the terrible news came. An army of bloodthirsty space pirates, the Ahnang, is heading toward the R-Planet, eager to kill every creature on its surface and steal all the R-Planet’s valuable resources.

On top of all this, just as things were turning dire, their fearless leader, Captain Pig, mysteriously disappeared. Facing the greatest challenge in their life without their Captain the chipped animals found themselves in disagreement as to what to do next and divided into three different factions.

What should you do in the R-Planet Metaverse?

The R-Planet Metaverse involves a few games and services connected with each other by the circulation of tokens and NFTs. We mentioned that the whole community is waiting for the Conquest game, but the newcomers to the Metaverse should do some things before the Conquest game. Let’s learn the necessities together!

I.Hang out at the Staking Hub

If you have no R-Planet assets yet, you can look over the list of available third-party projects in the Staking Hub. If you recognize any project of which NFTs are in your possession, you can stake them on the Staking Hub and be rewarded in the valuable Aether. A great point to start your R-Planet journey!

The Staking Hub is a place where players can stake NFTs of third-party projects listed on the R-Planet and get rewards in Aether. Only the 21 first projects in the list with the highest Aether vote are mining Aether. The higher a project is in the yop 21, the more Aether it mines. The whole reward is divided among all the accounts that staked NFTs of that project. If there is a project listed but not in the top 21, players can rally the troops and help it get into the top 21 by voting it up with Aether.

The things you can do on the Staking Hub:

1. Staking NFT of any third-party project and be rewarded in Aether

2. Visiting Staking Hub regularly to collect your reward (there is a claim limit 10000 Aether. If you exceed it, you will have to extend it with Aether to collect whole the reward.)

3. Voting for projects you like with Aether to move them higher in the list and make them mine more

1. Crafting already invented material to get FT of it

Every sophisticated material consists of elements created previously or a certain combination of basic elements (water, earth, fire, and air). Players can buy basic elements for Aether and mix them (each blend costs a small amount of WAX, those funds go into the Inventor Prize Fund). Also, players can buy already mixed elements FTs which they need for the final recipe, and combine them with little effort. As a result of the right crafting of the material, players will get its FT as guaranteed.

In the ‘All Recipes’ Tab, players will be able to look through, which elements are not invented yet, those are marked by being gray. If players manage to guess the recipe of uninvented material using already opened ones, they will get an Inventor prize (a unique NFT and a large WAX prize, shown above the Alchemy Generator).

3. Crafting a new material during 24 hours after the invention and try to win its NFT

Recipes of invented materials become available to all the other players. If you use the new recipe to create a material 24 hours after its invention, you will get a chance to win one of 600 NFT of the material. You will notice the newly invented materials from all the rest because of a timer on its picture in the ‘All Recipies’ Tab.

How players can use material FTs:

* To upgrade their R-Planet land NFT

How to use material NFTs:

* Stake on the Staking Hub to get more Aether

* Exchange them on APH tokens, and use them for participating in the RDAO auctions;

III. Get some RDAO tokens to secure your place in the future of the project

RDAO is a token of the R-Planet DAO. Owners of RDAO will be able to vote for some decisions regarding the future development of the project and receive a part of future income (75% of the profit will be distributed among RDAO holders).

The active phase of RDAO distribution continues. There are a few ways you can join the process and get some RDAO for yourself:

1. Taking part in the RDAO auctions

R-Dao Auctions are the main way of the RDAO distribution. You can participate in making bids with Aether or APH (APH is a token for temporary usage during the RDAO auctions. You can get in exchange for R-Planet NFTs of elements and rigs)

Each auction day lasts for 23 hours, and RDAOs are distributed after the end of each period.

After adding liquidity, you will receive liquidity tokens on your account, and you should stake them on the R-Planet/Governance/Metafarming Tab and come regularly to collect your reward in RDAO.

3. Buying RDAO on the market; as an example, you can use Alcor Exchange for the step.

IV. Get ready for the Conquest game

Starting point: The Market or the R-Planet laboratory

You should prepare your R-Planet lands and universal robots to be ready for the Conquest Game. Conquest is going to be an epic battle for R-Planet.

Every server will be limited in the time, during which players should develop their bases, cooperate with their allies, fight with their foes, and build a superweapon to fight cruel Ahnangs and save the Galaxy.

There are at least a few things you can do to gain some advantages before the launch of the game:

1. Buying the lands and upgrading them with FTs of elements (You can do it in the R-Planet Laboratory).

There are four types of land NFTs, and each of them mines only one native R-Planet mineral. Everything on the base, including buildings and robots, will be made from three R-Planet minerals in different combinations (Waxon, Caponium, and Enefterium), the 4th mineral Wecanite is for fueling the robots and droids. Connecting land NFTs to your base is the only way to increase the productivity of minerals mining. Upgraded to 200th level land of high rarity is the best resource you can have to secure yourself!

2. Buying universal robots on the market or craft during the sales from the minerals mined before the Conquest Game launch.

You will be able to unpack universal robots from their NFT at any moment of the game, for example at the start, when the base is not developed enough to produce robots, or in the middle of the battle, when you need some reinforcements.

If you consider the above details of the R-Planet Metaverse, you can be successful in the game! Now, it is time to cheer up and go on an adventure with the help of R-Planet!