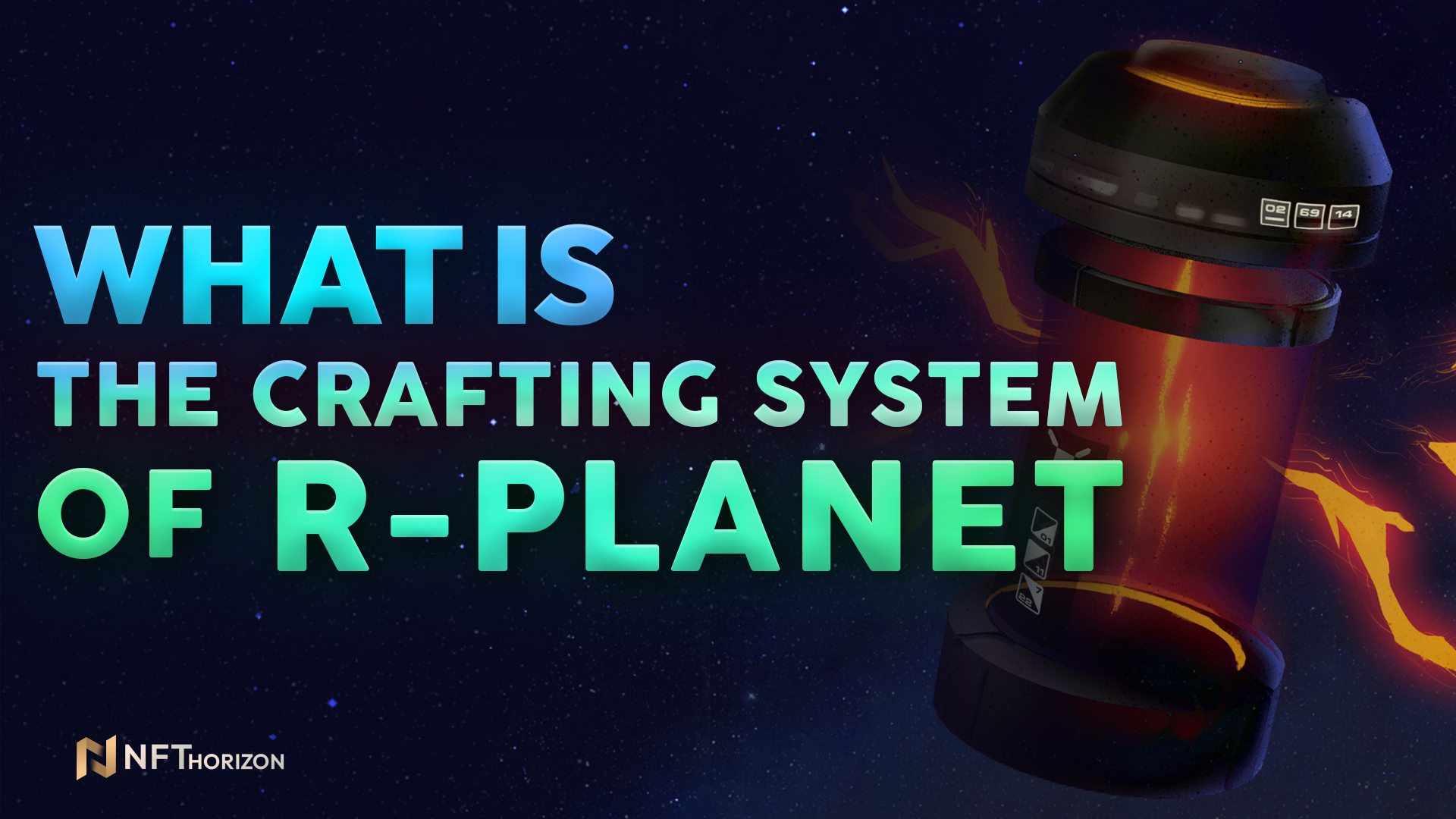 The only way to inject native R-Planet minerals into the game is to use them on crafting universal robots. Players will be able to use minerals for crafting even after the game’s launch during the crafting events which will be held from time to time. Yet then the minerals will not be produced by land NFTs anymore. It is an unbeatable advantage of minerals: The possibility to replenish the stock of universal robots even after the start of the Conquest game.

The team behind R-Planet is going to hold the next crafting of robots on June 16th to make sure that the owners of Land NFTs will have a chance to arm themselves before the launch of the game.

The main difference between this event and previous ones is that players will be able to craft robot packs with fewer robots inside: 50 in the small pack and 250 in the big pack. A small pack of robots consumes less Wecanite after unpacking. Thus, the diversity of packs lets the players use Universal robots with higher efficiency.

Now, it is time to recap where to get native R-Planet minerals and how to craft robots from them!

What are the R-Planet native minerals and where to get them?

R-Planet Land NFTs start mining one of the four R-Planet minerals right after unpacking. If you own land but did not know that your land has been mining minerals, the Alchemy Tab is the very place where you can check how much minerals your land has mined so far and claim them. The land NFT can mine only the mineral depicted on it and its productivity depends on its rarity and level. Although a player has no influence on the rarity and type of the land, s/he can increase its productivity by upgrading the land NFT with FTs of materials purchased and created in the Alchemy Generator. The top-level obtainable of the land NFT is 200.

The minerals mined before the game are tokens and can be passed or sold outside the game. Once the Conquest game is launched, Land NFTs attached to your base will increase the mining extraction rate within the game. Minerals mined after the launch will be only in-game assets.

What if you do not have R-planet land?

Well, if you would like to gather minerals for crafting robots but do not own any land yourself, you can always go purchase some minerals on a secondary market. R-Planet Land NFTs are also available on the secondary market if you missed out on the R-Planet land sales.

On June 16th, you will have to use R-Planet minerals for crafting universal robots. So what is so special about them. Unpacked in the game universal robots become in-game assets and can be used for reinforcements.

Universal robots consume Wecanite, like all the other units in the game. During the crafting, you will be able to make packs of three fine robots, developed by Captain Pig, such as Chad, Quasimodo, or Bobert. Each of them has different characteristics and will be useful for certain combat missions.

-Chad is a very fast aviation unit with good attacking qualities and weak defensive characteristics and a medium backpack.

-Quasimodo is a ground unit. His heavy fists are great in defense against the ground forces, and his huge backpack is excellent for robberies.

-Bobert is a ground unit. He has outstanding characteristics of attack against the air forces and also exhibits strong defense capabilities.

To craft robots from minerals you need to have all four minerals: Wecanite, Caponium, Enefterium, and Waxon. By mixing them in different proportions,  you will be able to craft proto robots in the form of two kinds of NFTs for each robot unit.

The crafting, that is scheduled for June 16th, will be available for 24 hours. Every account will be able to craft 10 NFTs of each kind of robot unit with 10 min cooldown between crafts.

You will be able to activate those NFTs on any server after the game launch. The number of robot activations permitted each day may be limited.

It is the right time to craft heroes, who will rescue you in the hardest moments of the battle!