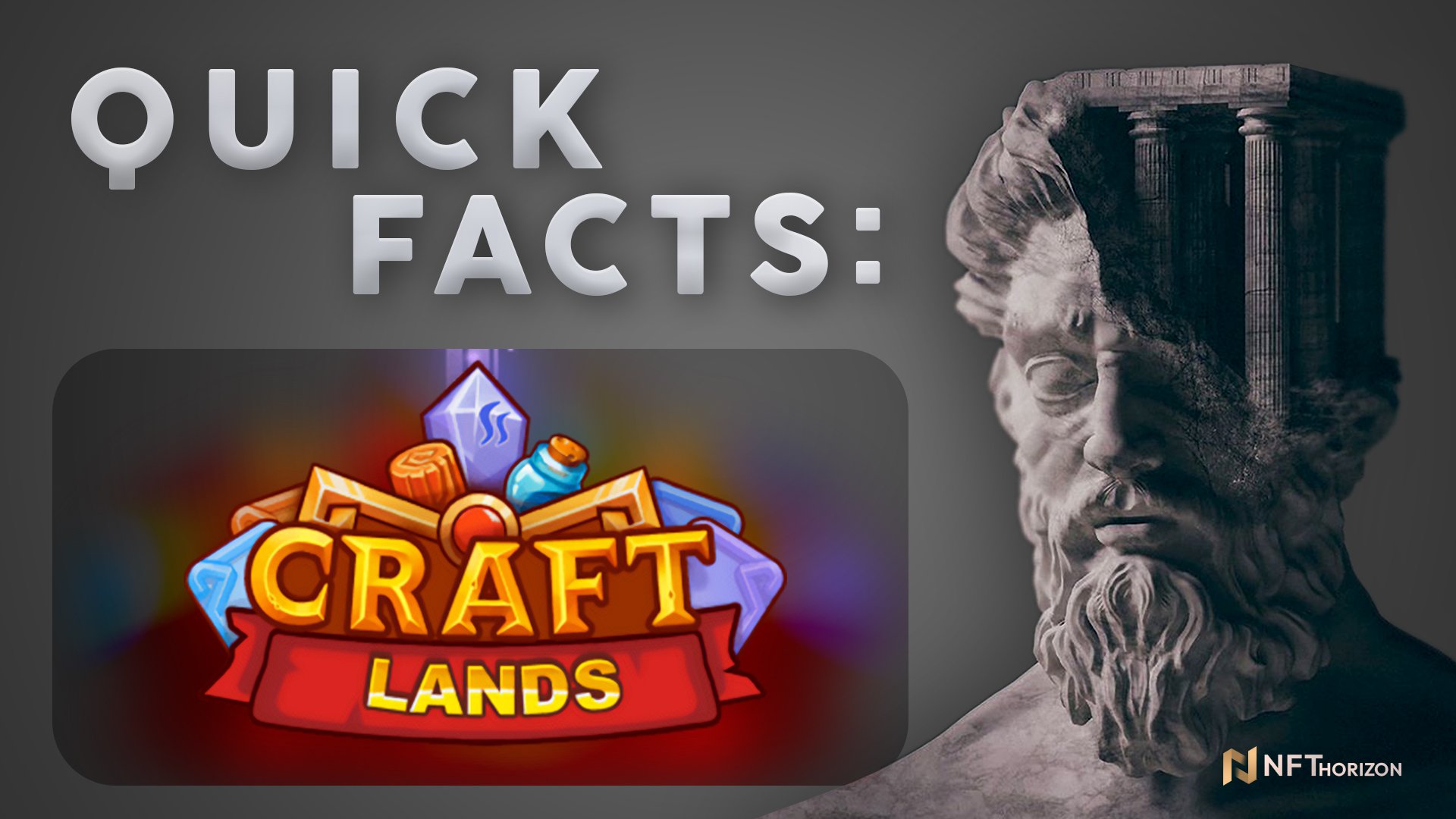 Craft Lands is an NFT-based game that considers the proper game mechanics and solutions for the players. The game combines the gameplay balance of a classic farm and the narrative of an epic story.

In the mythical world of Craft Lands, players will be engaged in a battle for the vast resources of a unified world. They can use and improve their tools by combining maps of the same level.

*In 2021, the game art design and development were completed, and then, the gameplay demo video was released. In the first quarter of 2022, the NFTs of Craft Lands were created, and pre-marketing was considered.

-There are several currently active in-game tools that are Chopper, Ax, Chainaxe, Sawmill, Crimoire, Grosier, Altar, Pike, and Crusher. Each tool produces its own type of game resource and has its own rarity, level, and efficiency. As a result, the players are going to be able to combine several tools into one, which will sit on a higher level and will be more effective.

-More playable characters, such as Hewer, Druid, and Jeweler (The usage of which will give additional bonuses and opportunities.)

There are project tokens that are CLW Token, CLM Token, and CLG Token. Players are welcomed to use game items and tools to earn resources, later being able to exchange those for project tokens.

You can buy tools while participating in the official Craft Lands drops. You will have the opportunity to craft game tools in the game itself, using the project tokens.

1000 passes will be on sale for the server members, where the users are going to be able to get a role in the whitelist. On the other hand, there is no exact date for the upcoming sale of Craft Lands. The team behind the project will announce the dates of the sale this week.

The whitelist condition is arranged by the team behind Craft Lands, and the exact numbers and methods will be announced by the team.