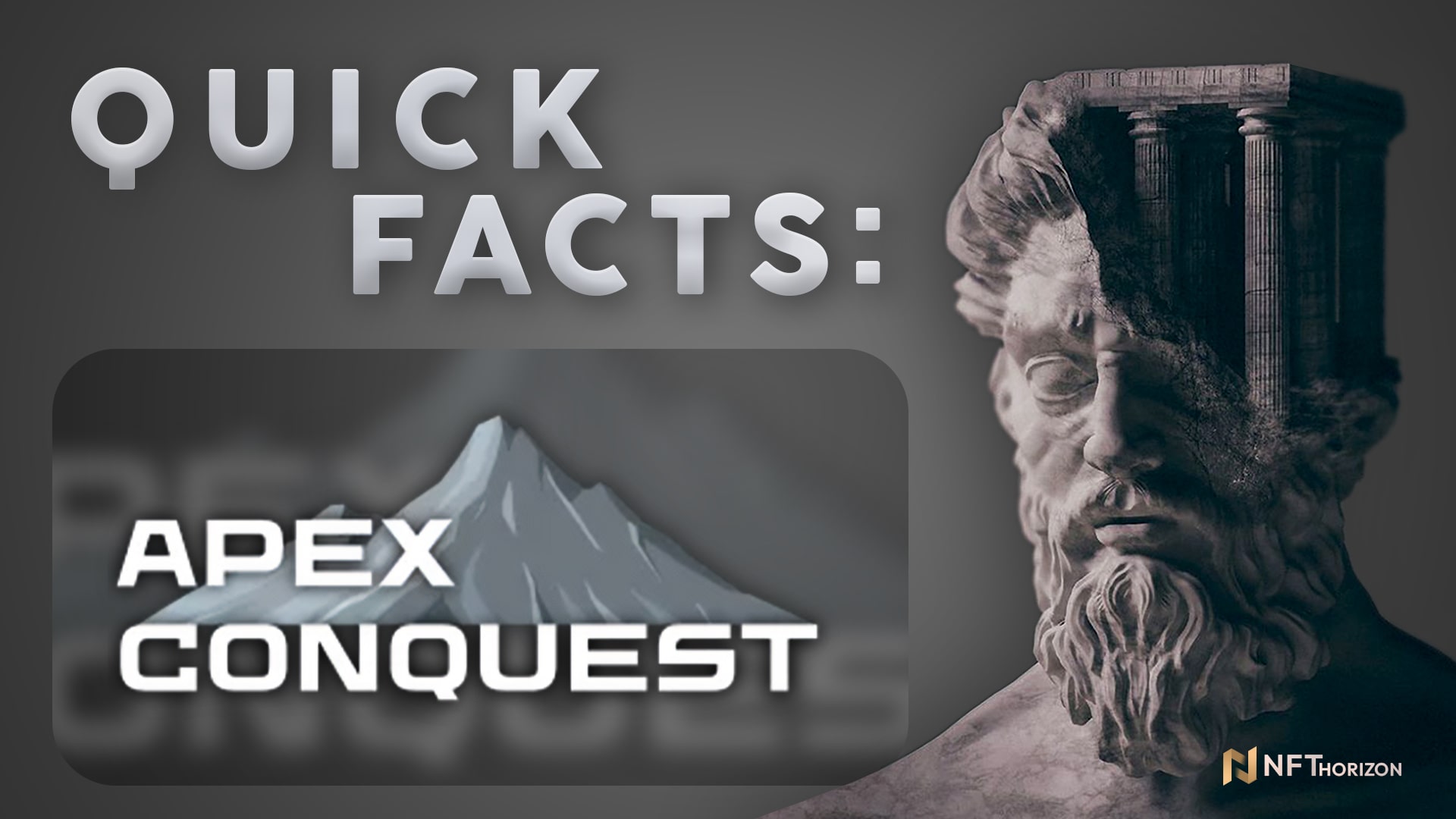 Apex Conquest is a Metaverse game on the WAX Blockchain. The game is styled in an old-school RPG artistic style, so people can realize that there is significant inspiration from a lot of sources, such as World of Warcraft, Age of Empires, and so on.

The main goals of Apex Conquest are providing the players with more use cases for their blockchain game tokens, the chance of having fun without dominating their time, and the bridge between games on the WAX Blockchain Metaverse.

-The Troops are purchased with approved WAX gaming tokens that are Shing, Msource, Nefty, BRWL, Aether, TLM, TOCIUM, SEST, and more. Individuals can use the tokens they already have to play Apex Conquest.

-Players can select a pool of tokens from any of the approved tokens and if their forces are successful, they will earn experience for their Commander and a portion of the tokens in the pool.

-NFT rewards and special limited-time events where people might receive better rewards or experiences will be featured in the future.

-The plans for Guild activities through the construction and upgrading of a mighty Fortress is another main subject of the future.

-There are 8 tokens already for Apex Conquest, and the 9th one that is NKFE from Niftykicks will come.

–Native Tokens: Land and Gatherer Units will combine to provide native tokens from Apex Conquest, which are used to construct unit forges and new troops. 50% of the native tokens used in gameplay will be burned, and 50% will go into new pools.

–Fortresses: Players will sink native tokens into their Fortress to upgrade it, unlocking bonuses, like member capacity, group unit forges, and more.

–Group Play: Players will work together to build up their Fortress and earn rewards as a group.

–Special Events: Special Event pools will be opened up that reward “EP” or Event Points, that can be used to level up the Fortress faster.

There is no native token of the project at this time, instead, players can earn tokens from other games. 95% of tokens collected from the game for Troops or Commendations go straight into the pools for the players.

*Players need to burn one Commendation token each week to restore their Commander’s Morale so they will battle for the players.

*Troops are burned often, between 0 and 4 will die each time players’ Assault the Dark Gate.

*Troops are available for purchase in Apex Conquest’s in-game shop on the project’s website.

There is no whitelist condition for the upcoming sale of Apex Conquest, and individuals can buy Second Edition Commanders via NeftyBlocks.

Joshua Cantrell is the game designer, and he is one of the co-founders Metasource Games, and a member of the team behind Castles the NFT Game. You can reach Cantrell via the link: https://www.linkedin.com/in/aridhol/