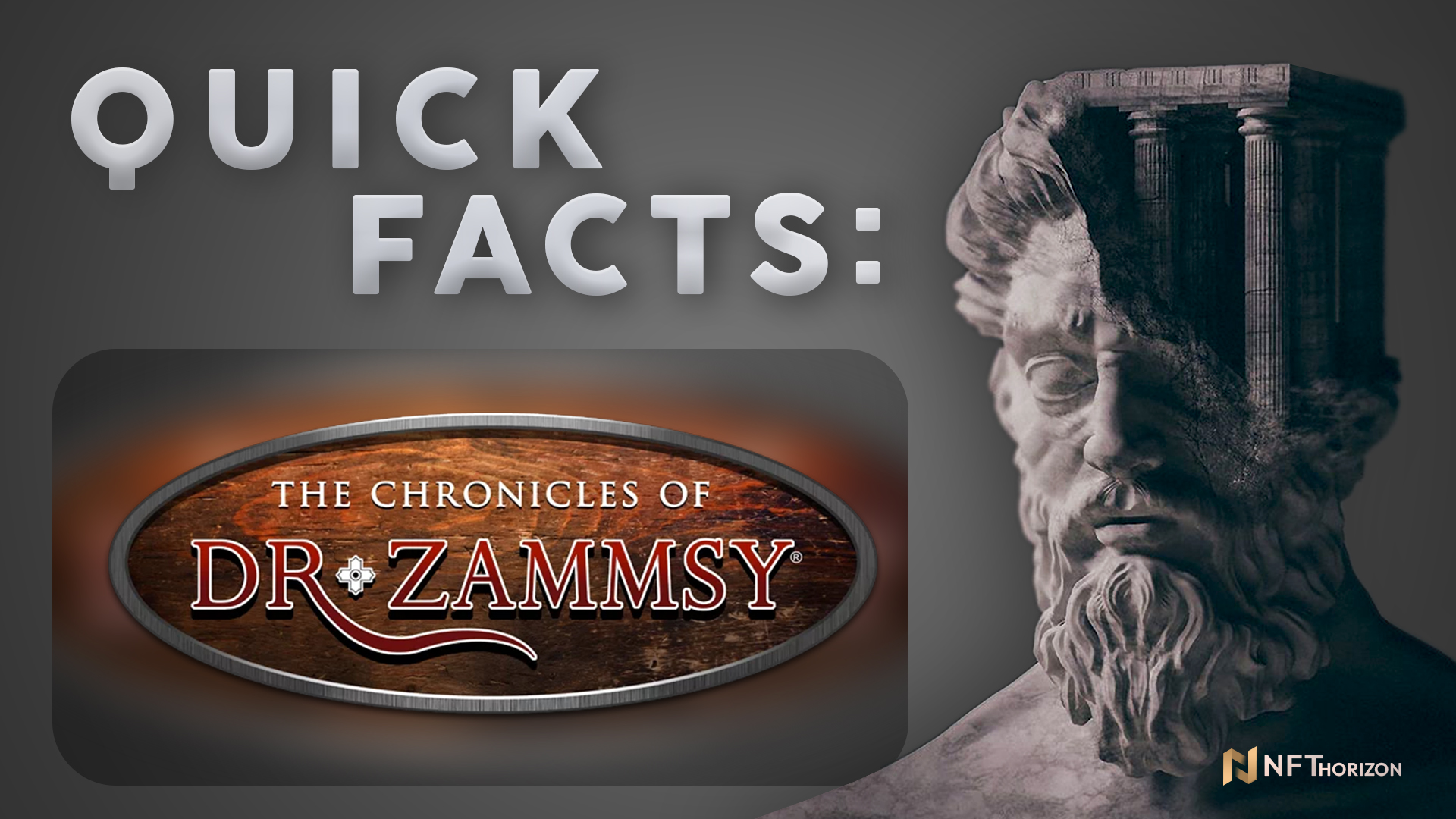 Story of The Chronicles Of Dr. Zammsy

The Chronicles of Dr. Zammsy is an NFT-based game on the WAX Blockchain, and the game focuses on high-quality artwork and story.

People can buy, sell, and trade Dr. Zammsy digital trading cards and study the backstories to find clues that are linked to puzzles on drzammsy.com.

Players can get commemorative NFT cards which can be utilized for creating a Replicon Nexus or the playable cards. This process is made through the card transformation feature in the Holicron Splicer that can be found in the game.

If you want to find the cure for the deadly virus that sweeps across the world of Gallagan and is engineered by the evil Queen Vizdeedra, you can join in the fantastic race of The Chronicles of Dr. Zammsy!

-The existence of the limited-run first series battle cards

-The full production of the Card Battle game

-The staking system of The Chronicles of Dr. Zammsy’s NFT cards on whenstaking.com

-The submitting of Dr. Zammsy NFT documentary to film festivals

-The combining system for Dr. Zammsy NFTs with battle satchels and melting them together to create a battle-ready unit for the card game

VOID is the official primary currency of the game. A player can acquire VOID by winning a battle, and it can be spent to purchase, craft, and level up cards.

VOID tokens were originally launched on the EOS blockchain, with a distribution made to wallets via an airdrop. The snapshot for the airdrop was taken on 10th October 2018. The airdrop took place 14-15th March 2019. 15% of the total VOID supply (9,375,000,000 VOID) was airdropped to EOS wallets holding 100+ EOS tokens. All qualifying wallets received roughly 300,000 VOID tokens each.

A further 40% of the total VOID supply (25,000,000,000 VOID) was made available to be claimed for free through our staking dApp up until 14th May 2019. Only 2/25 Billion was claimed during this event, the remaining moved back into the Onessus treasury to be distributed back to the community in other manners.

*Players can blend the NFTs of The Chronicles of Dr. Zammsy, and they also can encounter scavenger hunt events weekly and giveaways for free NFTs.

There is no whitelist condition for the upcoming sale of The Chronicles of Dr. Zammsy. The team behind the project did offer a promo NFT in every wallet that has bought the NFTs.

The exact team behind the project consists of Matt Gaser and Rolf Kvalvik.

Matt Gaser is an industry veteran of art direction and concept art, and illustration. Gaser is the original creator of Dr. Zammsy. His work has been featured in some of the greatest animated films in recent history.

Rolf Kvalvik is also a veteran in the entertainment industry and has been a collector of NFTs since 2017. Kvalvik has partnered with Matt to bring Dr. Zammsy to the masses through games, TV, and film.