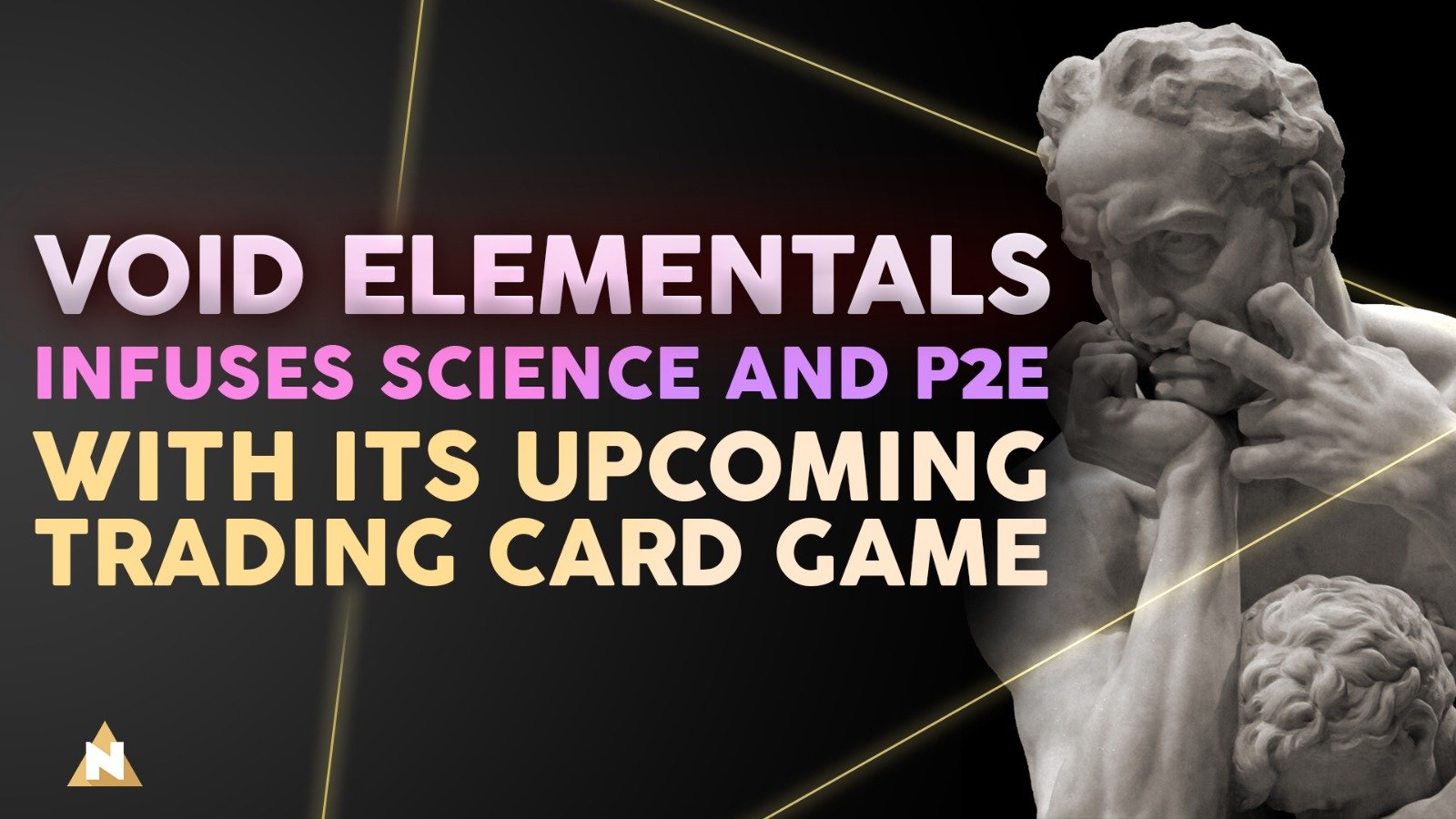 In the article, we are going to be talking about a unique NFT project, titled VOID Elementals, its upcoming pack sale, and the team’s vision for the upcoming Play-to-earn (P2E) Trading Card Game.

A look into VOID Elementals

Partnered with the DeFi giant Onessus, VOID Elementals is a project with its backstory rooted in a lore driven by science and creativity, with the designs being loosely based on the periodic table. The project is currently transitioning from a collectible to a trading card game, focusing on high-quality, hand-drawn, and fictional characters known as the Elementals.

The growing team of VOID Elementals now includes a game designer who is focused on creating outstanding lore, game mechanics, and art with their upcoming P2E game. In particular, the ideas behind the game revolve around two core experiences, with the first one being the standard PVP gameplay that includes a leaderboard ranking system with prizes that will vary from NFTs to in-game currencies. The team has also announced that Beta 2 will introduce mining, in-game crafting, and in-game staking, as well as a token to reward its players.

In addition to the Trading Card Game, the team has also announced their exciting new pack drop which will take place on Neftyblocks on the 16th of November with a flash sale that will only last for 2 hours between 12 pm-2 pm EST. This pack drop will introduce 82 brand new base characters for the upcoming game and will also offer staking utility. Each one of these premium, hand-drawn characters will come in the Standard, Ion, and Quantum Astral packs with each pack containing 7 different rarities.

Through the partnership with VOID Elementals and Onessus, all of the cards will be stakable on WhenStaking, with base staking values that can be found in their latest Medium article. The NFTs will be stakable immediately after the sale to earn the Onessus crypto-token, VOID Token, which can be traded on Alcorexchange.

What is next for VOID Elementals?

Following the Antimatter 2.0 pack drop, the team will hold an airdrop event that will send out exclusive NFTs and Elementals from the new series. These Elementals can be earned through holding their Reactors and/or Astral Tethers prior to their snapshots with time and dates that will be announced in a later medium article. Additionally, they will host a blending event which will allow their community members to upgrade their Antimatter (Series 1) NFTs into the upcoming Series 2 NFTs. The Reactors and Astral Tethers can be found on Atomichub and Neftyblocks.