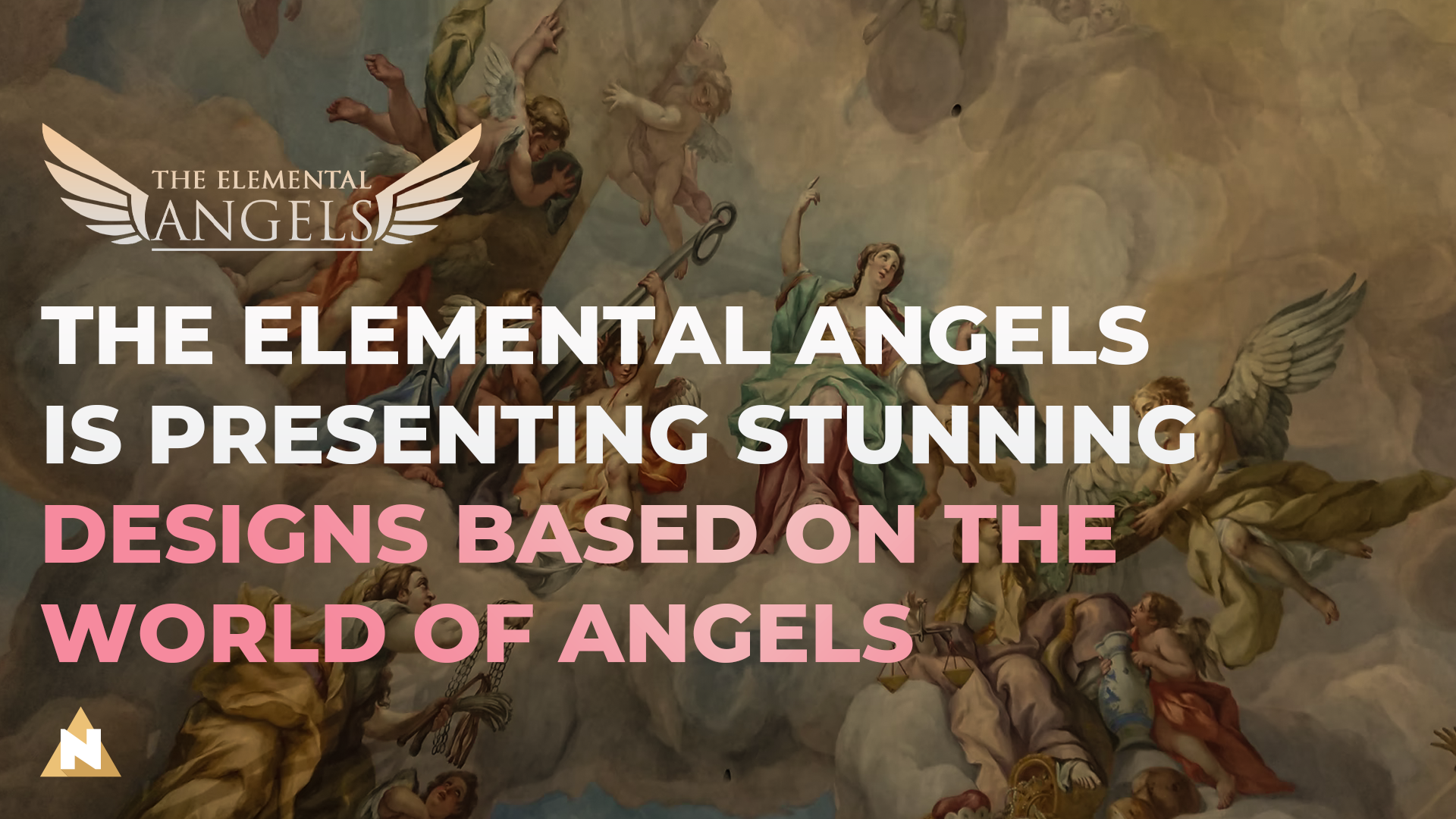 We would like to announce that we have a new partnership! That is with The Elemental Angels which is the marvelous artwork based on the world of angels! If you get ready to meet with the team of The Elemental Angels, you can reach the information about the NFT collection via the content!

What is The Elemental Angels?

The Elemental Angels is an NFT collection that consists of collectible digital cards on the WAX blockchain. The collection is divided into 2 types of NFTs called ‘’Essences’’ and ‘’Angels’’. In the collection, there are six angels, that can manipulate certain natural powers accompanied by spicy lore, and six essences. The different types of NFTs have various levels of rarity grouped by ‘’Tiers’’. In the group, there are four rarity types that are Tier 0, Tier 1, Tier 2, and Tier 3. Tier 0 or T0 is the most common while Tier 3 or T3 is the rarest, so you can understand the hierarchy between the levels of rarity by the information. Like other rarity concepts of NFTs, you should combine the cards which have a lower rarity in order to get a card with a higher rarity. The cards with higher rarity are animated, so you will encounter amazing designs by the cards! Now, it is time to learn about angels and essences.

The Angels and Essences

We would like to introduce the angels that are found in The Elemental Angels, and you should get ready for being fascinated! In general belief, angels are women with beautiful bodies and high lust, so people can meet with these perfect women via the NFT collection. The angels have different abilities and backgrounds. Let’s learn the incredible features of the angels:

The first angel of The Elemental Angels is the wind angel called Aelis. She has the power to control the wind at her whim. Since her childhood, she could generate whole storms only by imagining them, so it was hard to learn to control that power. Although she can create powerful tornadoes, she also has the precision to keep suspended in the air any mortal and thus be able to make her most lewd wishes.

The second angel is the dark energy angel called Erana. She is a dark magician who loves to play with the minds of mortals, and she can control desires and convert into a traitor to the most loyal partner through her magic. Moreover, she usually uses these skills to awaken the deepest passions and pleasure for her amusement while controlling the minds of her victims.

The third angel is the Earth angel called Geabriz. She is a true master of the control of the Earth, and she can manipulate this element at will and throw huge stones on her enemies. She is also known for creating authentic rock temples in desert cities where she usually brings together thousands of mortals with the most beautiful bodies, and organized parties that did not stop for days.

The fourth angel is the fire angel called Hafesia. She always had a predilection for fire, it is said that it was born from the very center of a volcano, it can melt large portions of Earth, and make rivers of lava run wherever she wishes. It is also said that whoever masters its power will be able to receive her respect and warmth of her nude body even in the coldest parts of the planet.

The fifth angel is the light angel called Thelia. She is a light mage who has always been known for her benevolence, and she likes to heal and teach others to use the Light and her body to heal the wounded of the battles. Also, she achieves it by rubbing her naked body with the wounded, this way she manages to heal practically any possible injury.

The last angel is the ice angel called Vareasi. She can manipulate water, is able to create temples and immense mountains of ice. She is also known to have settled in the coldest region of that planet, and the legend says she guided the explorers from the mountains during the cold and dark journeys, and in return, they arranged to join her in which both she and the explorers enjoyed passionate moments under her protection.

Crafting System of The Elemental Angels

As we mentioned above, you can combine the lower rarity NFTs to get the NFTs with higher rarity, so there is a crafting system.

The crafting system will be available when the sale ends.

The Sale of The Elemental Angels on 24th November 2021

There is a pack sale of The Elemental Angels on November 24, 2021. The sale will be at 18.00 UTC, and all drops are limited to 1 claim every 30 seconds. Due to the intense interest toward The Elemental Angels, the team behind the NFT collection slightly increased the number of packs for Drop 2 and Drop 3. You can access the necessary information about the drops:

0% discount – (Everyone can participate)