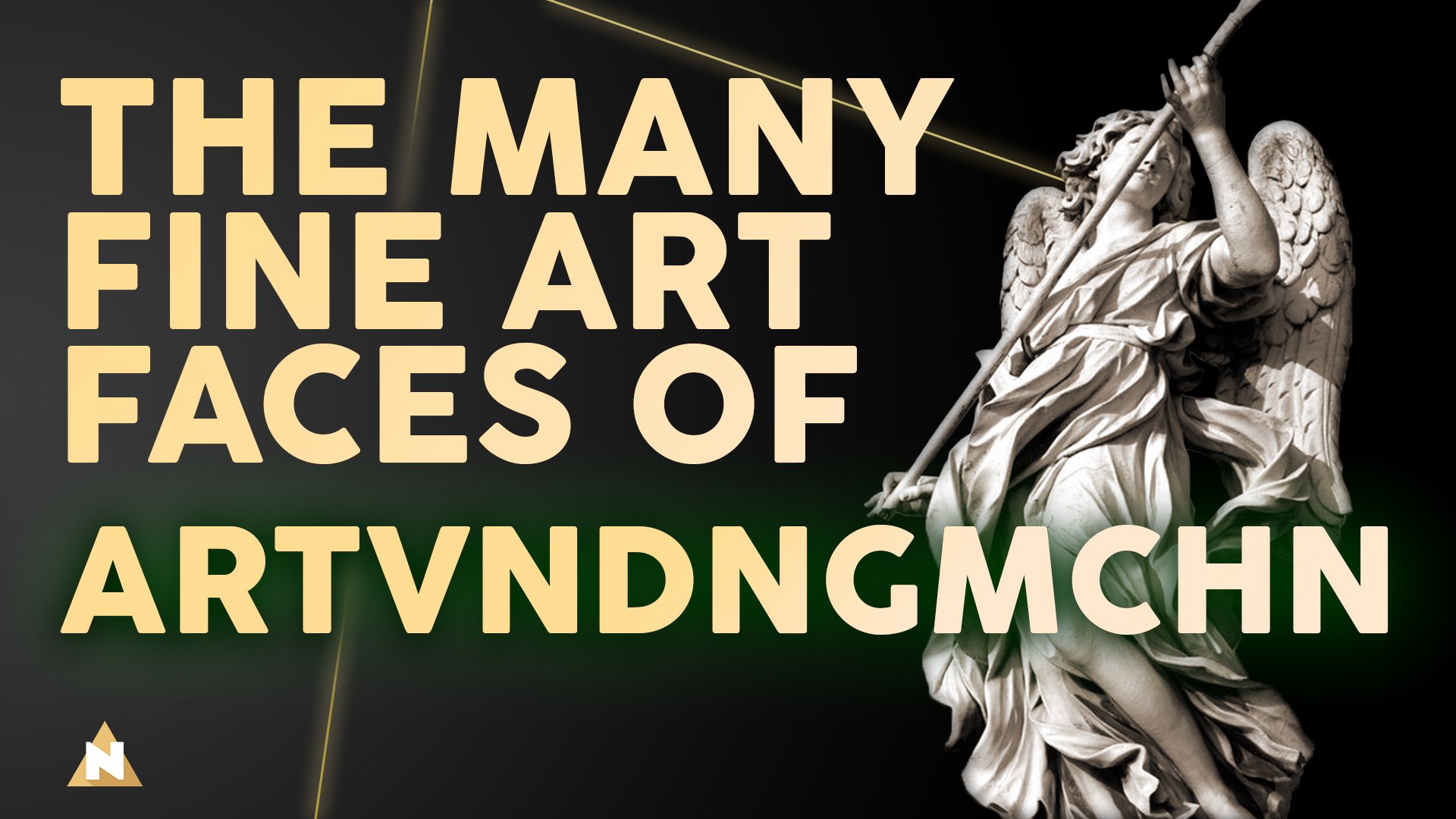 Art within art, with an unpredictably gamified life of its own.

The first thing to understand about ArtVndngMchn is that it is a multifaceted art project. As soon as a community member tries to describe it, they are simultaneously correct–yet leaving out so much. That’s because ArtVndngMchn has never been about just one thing.

In fact, ArtVndngMchn is many things. Like our lives, it has multiple dimensions. Yet all of ArtVndngMchn’s aspects are art-related and shepherded by Joe Chiappetta, having been in the crypto art space since 2015, and a cartoonist since the mid-1980s.

So what are these many things that have become ArtVndngMchn?

Drilling down into these varied components of the project, it is also accurate to say that ArtVndngMchn is…

Solidified under the project name “ArtVndngMchn,” the series is widely known as launching May 2021 on the WAX blockchain, consisting of hundreds of different fine artworks as NFTs. However, in the generic sense, art vending machine paintings and drawings released as NFTs by Chiappetta can be traced back much earlier.

In 2018, early versions of art vending machines were created on Bitcoin/Counterparty, and later on Ethereum as well as EOS blockchains prior to the project’s release on WAX.
In an even bigger-picture sense, ArtVndngMchn is a statement of human artistic development and progression. The order goes something like this:

What happens next is anyone’s guess, but ArtVndngMchn is here to stay.