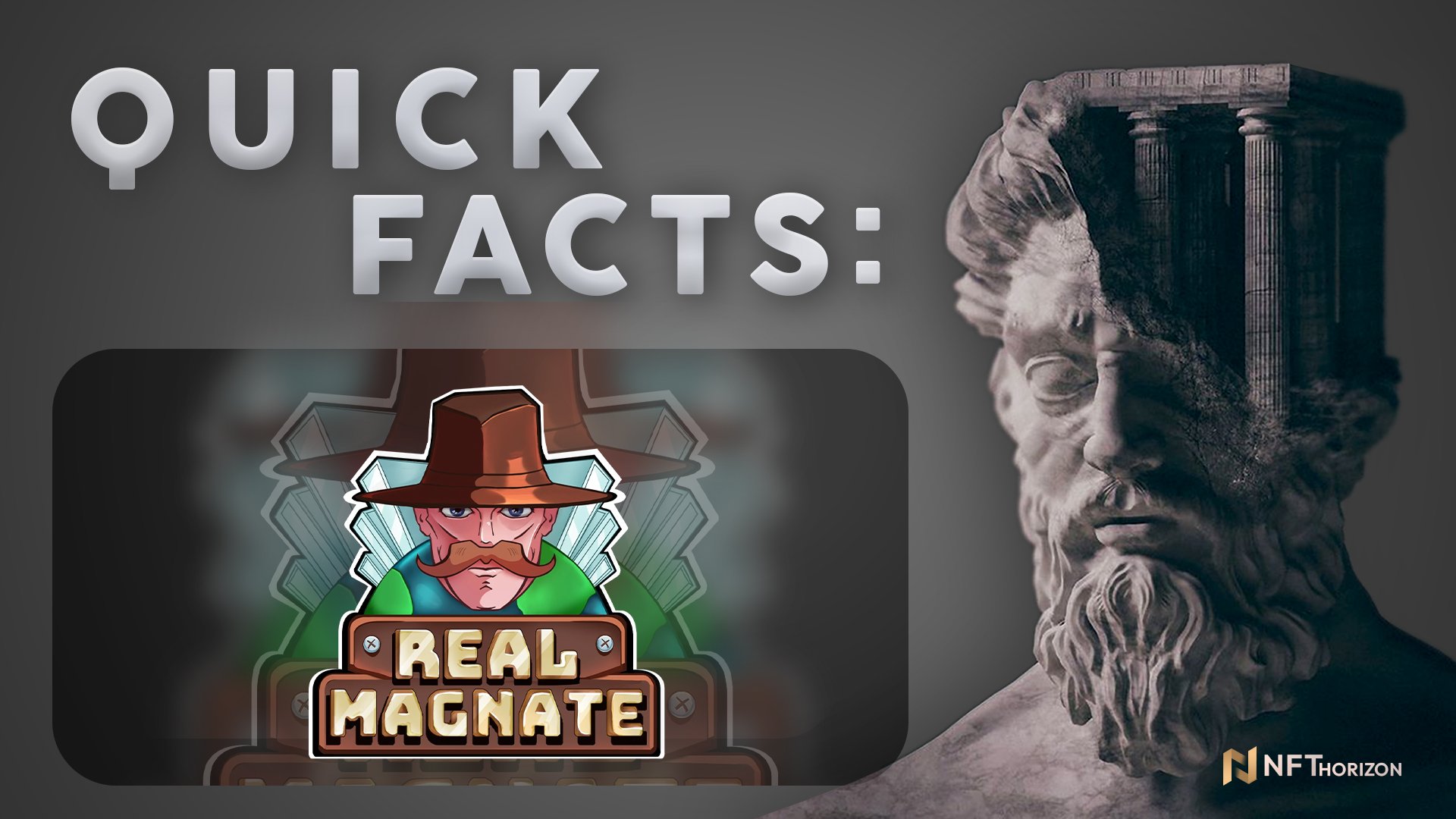 Real Magnate is a play-to-earn game, created on the WAX Blockchain. This is the place where players can earn game resources in different spheres, find the best time when to BUY and when to SELL, upgrade their assets, and create and develop their own industrial empire.

Real Magnate is currently available for everyone on testnet. Players can claim NFTs for free and try to play. Testnet version includes all functionality that is going to be on the main launch.

–Mining: Mining takes 1 hour for each tool, after this time players are able to claim their rewards. Health and energy are subtracted instantly after players start mining.

–Crafting: Every player can craft NFTs right in the game, using in-game resources like GOLD, OIL, and IRON. The crafting process takes 1 hour. After that, chosen NFT will appear on their WAX accounts.

–Sphere upgrading: New players have level 1 on each sphere. Sphere level – quantity of tools of the same sphere that can mine resources at the same time.

A lot of features will be added after the main launch of Real Magnate:

–Mining licenses: Players will have to buy licenses for the specific spheres to be able to mine there. It will bring a new burning mechanism and make multi-accounting not profitable.

–Risk mining: Players will be able to play on their own rules and get more profit, but it may cause some very unpleasant situations, like losing tokens or NFT.

-Other upcoming utilities are blend, auctions, various achievements, iron and oil lands, and so on.

Players can earn tokens with different mining tools in different spheres (Oil, Iron, and Gold). Profit depends on the rarity of the NFT and season indexes. The gold sphere is a bit different from the others. Gold miners must choose the land they want to mine on. Landowners may set fee, upgrade land, and restore its health.

There are 3 tokens of Real Magnate called RMI, RMO, and RMG.

Premium/Silver pass is required to join the drop of Real Magnate. All details about the drop are in the Discord announcement.

The owner of Real Magnate is Olha Stepanko, and the team behind the project consists of 7 members; a designer, 2d/3d artists, and full-stack and blockchain developers.