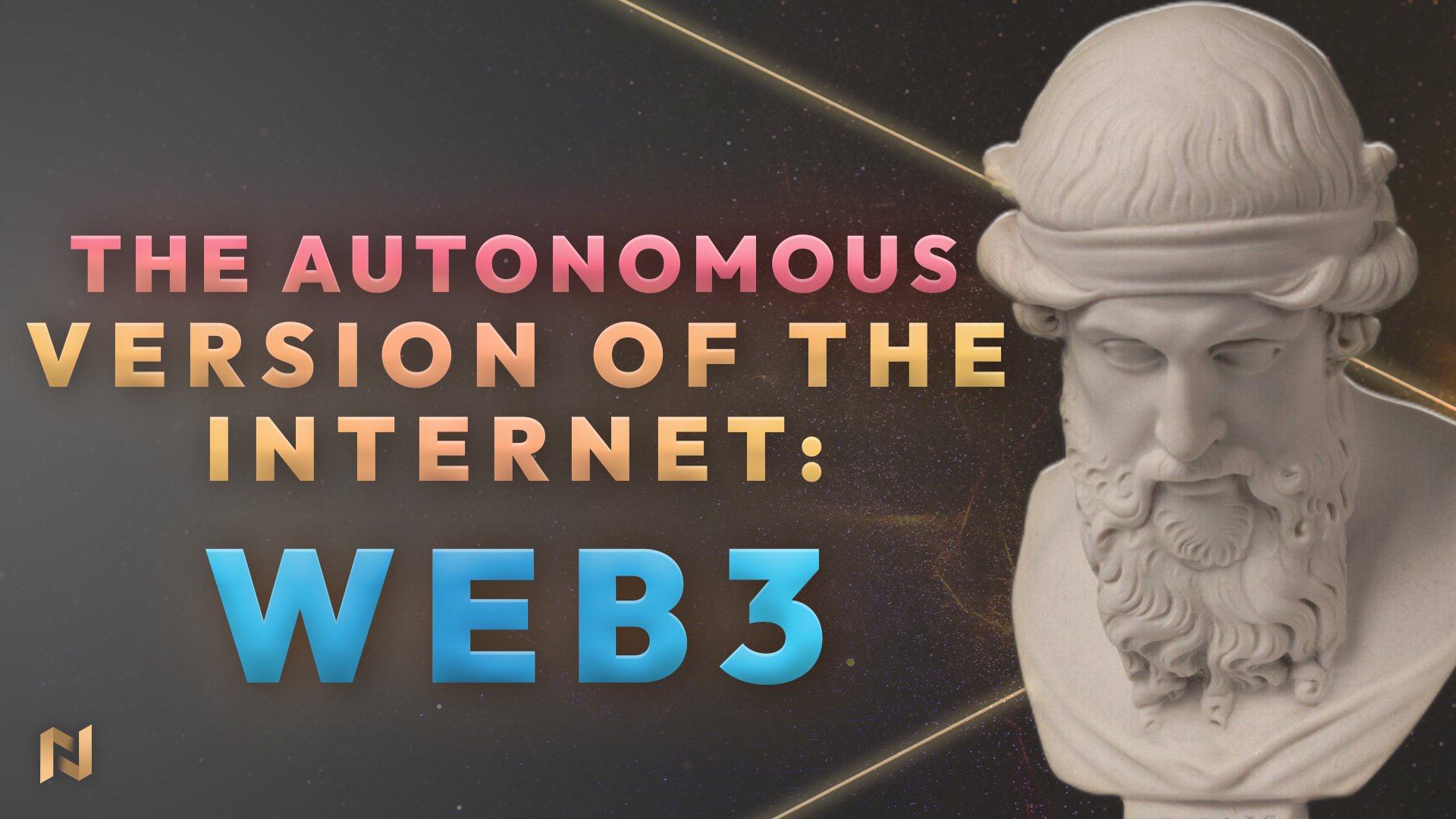 The version of the Internet that is known by every person is called Web2, and Web3 is the next generation of the Internet. The notion of ‘Web3’ started to become popular with the notion of ‘blockchain technology’, so Web3 is a new notion for many people. If you want to learn the details of Web3 and the relationship between Web3 and blockchain technology, you are at the right place! In the article, we are explaining Web3 and its significant details.

The Brief History of the Internet

Before talking about Web3, we should consider the history of the Internet.

The internet started with Web1 that is also known as read-only web. The version of the World Wide Web appeared between 1991-2004, and it was a revolutionary situation for individuals. With the help of Web1, people researched and read the results of their research. Generally, Web1 had statistic webpages, and the number of content creators was less at that time. Shortly, Web1 provided users with the broadcast of information, and the version of the internet was limited in terms of interaction and functionality.

At the present time, we are using Web2 which is called read-write web, so we can say that Web2 is today’s internet. The version of the internet is more dynamic than Web1 because the interaction is considered in Web2. We can encounter user-friendly content and an active system with the help of Web2, and individuals can read and communicate with each other on Web2. For instance, people can use social media platforms for reading and sharing ideas while they could not do these during Web1 period.

Web3 is the most recent version of the internet, and the notion is very new for everyone. Web3 is called read-write-own web because computers are able to interpret information like people, and Web3 offers more personalized experiences with the situation. In other words, Web3 is supported by artificial intelligence (AI), augmented reality (AR), virtual reality (VR), and blockchain technology, so individuals can encounter personalized experiences and content in Web3.

As we mentioned above, Web3 focuses on decentralization, like the idea of blockchain technology. In other words, there is no authority over Web3, so the decision-making process is conducted by the users who have the necessary ownership in Web3. The decentralized structure of Web3 is an advantage for users because people can be active participants of the internet, and they can decide on the necessary changes and improvements in a good way.

The version of the internet does not require permission for joining. In other words, individuals can participate in Web3 without permission, and the situation shows that Web3 provides everyone with equal access. The democratic system of Web3 is an advantage because the status quo of the users is not important for Web3.

Web3 is more user-friendly than Web2 because the version of the internet focuses on personalization with the help of its technologies, like blockchain technology and VR. In Web3, people can encounter more relevant marketing and conduct research efficiently and properly. Furthermore, users can communicate with each other in a good way, and they can get a more customized experience with the help of Web3.

As you know, Web2 does not adopt a specific ownership system while Web3 provides its users with the chance of ownership. At that point, we want you to think about a Web2 game; if you buy an item from the marketplace of the game, you can lose the item. For example, the creators of the game can delete the game or you do not want to play the game, and then, your data and in-game items are gone. Like in the example, you cannot embrace something in Web2 in a suitable way, but the circumstance is different in Web3. The new version of the internet provides people with direct ownership through NFTs, so you can deal with your digital assets, data, and information as you wish without the fear of losing.

As you can predict, Web3 can require more complex devices, like computers or tablets, so access to Web3 can be a problem due to the inability of devices. Hence, the devices should be improved for participating in Web3.

There are some people who adopt all technological improvements easily while there is a group of people who do not want to deal with new technologies. Because of the different ideas, beliefs, and values toward technology, the adaptation period for Web3 can be long and difficult. In other words, people’s adaptation process can be a problem for Web3.

Web3 is still evolving, and the future version of the internet will change our lives. If you would like to deal with transparent systems, you can focus on Web3.