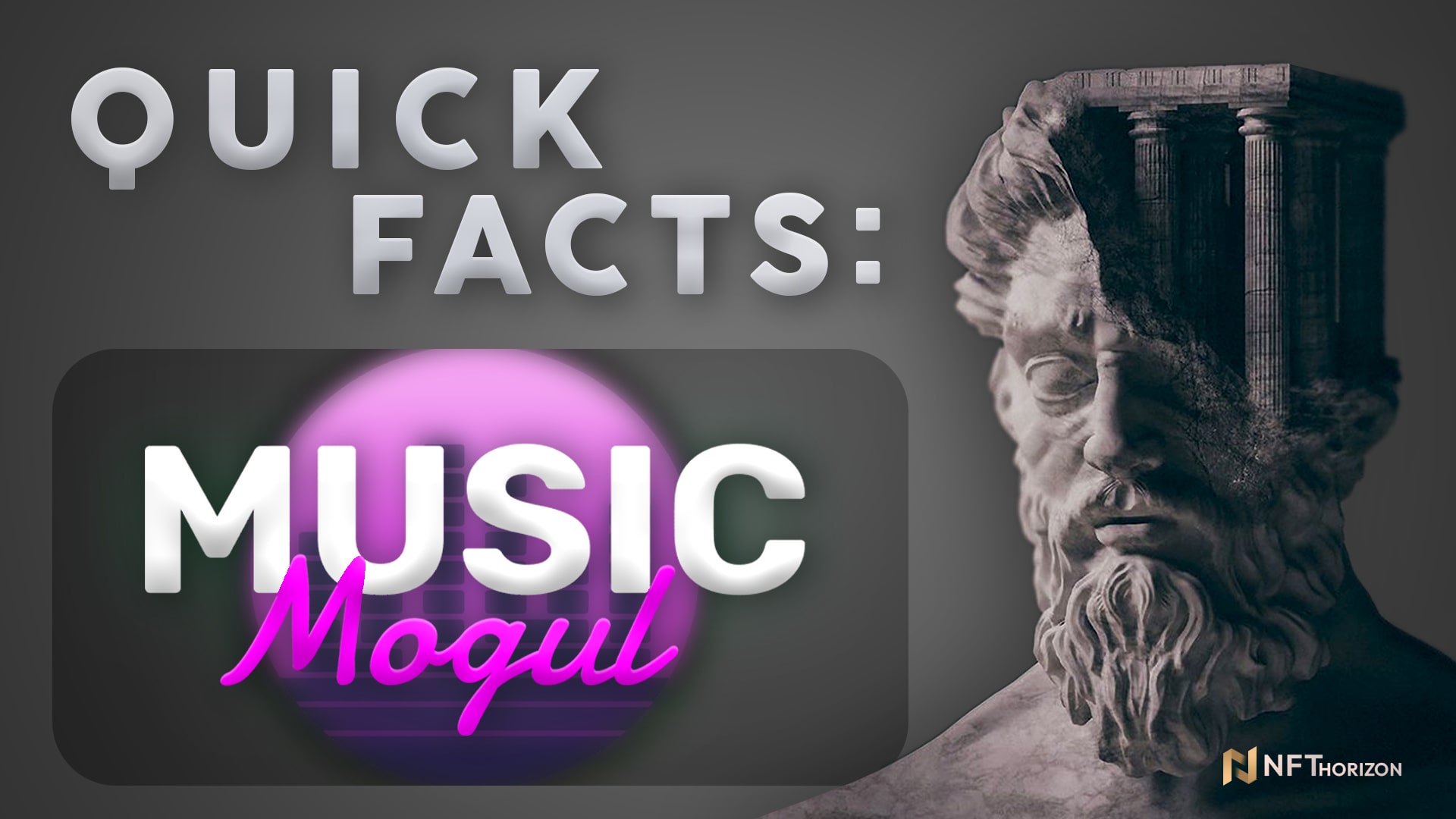 Music Mogul is an ultimate tycoon game, and it is the second game of WAX Studios. The creative team of the game is the team behind Blockchain Brawlers, and Music Mogul provides the players with the production and creation of a diverse roster of musical artists.

The general aim of Music Mogul is to build a music empire and become a legendary Star Maker, so music lovers and other individuals can consider Music Mogul for having fun and earning money.

*The game will be launched this fall.

–Leaderboard covering Power Scores: The board involves points that are based on the sum of all Power Scores in the players’ inventory.

–Star Maker: Players can use Music Mogul Star Maker when they open a Pack for crafting. This will be an essential part of the record label empire-building experience; in other words, Star Maker provides the players with the power to improve their entertainers to become the master of their own music label.

-From 1 July to 29 July, artist profiles will be explained by the team.

-The importance of musical genres will be explained.

-Players will participate in Music Mogul by touring and recording, so there will be two modes of the game called ‘touring’ and ‘recording’. The modes will provide the players with earning two different currencies and participating in PvE and PvP gameplay. A clear explanation about the working mechanisms of touring and recording rooms will be made.

-Competing on the charts will be explained in a good way.

The first mode of Music Mogul called ‘touring’ is sending the artists on the road for playing different shows, and the players will be rewarded with Keys (non-fungible tokens) with the help of the mode.

The players can put their artists in Recording Studio for recording songs to compete on the Charts, the mode is called ‘recording’. With the help of recording, the players will be rewarded with Notes (fungible tokens).

*For sending the artists on the road via touring mode, the players will spend Notes while they will spend Keys when they want to record in Recording Rooms. Hence, the players should consider both touring and recording modes in Music Mogul.

The upcoming sale of Music Mogul will be the second pack sale, and it will be held on July 28th, 2022.

Although there is no definite information, as a general opinion:
People who regularly follow Music Mogul’s Discord channel and other social media platforms for the upcoming sale and already have NFTs of the collection may have an advantage.

WAX Game Studios is founded by William Quigley and Jonathan Yantis. The team of WAX Game Studios has a lot of experience in gaming, virtual item markets, and blockchain technology for more than 20 years. Furthermore, the team co-founded many transformative crypto companies, like Tether and WAX. In addition to these, the team was the largest investor and early supporter of Mastercoin which is the technical forerunner to Ethereum and the world’s first ICO. Also, the founders formed virtual item trading in the late nineties by founding the world’s first and fastest-growing digital item marketplace.