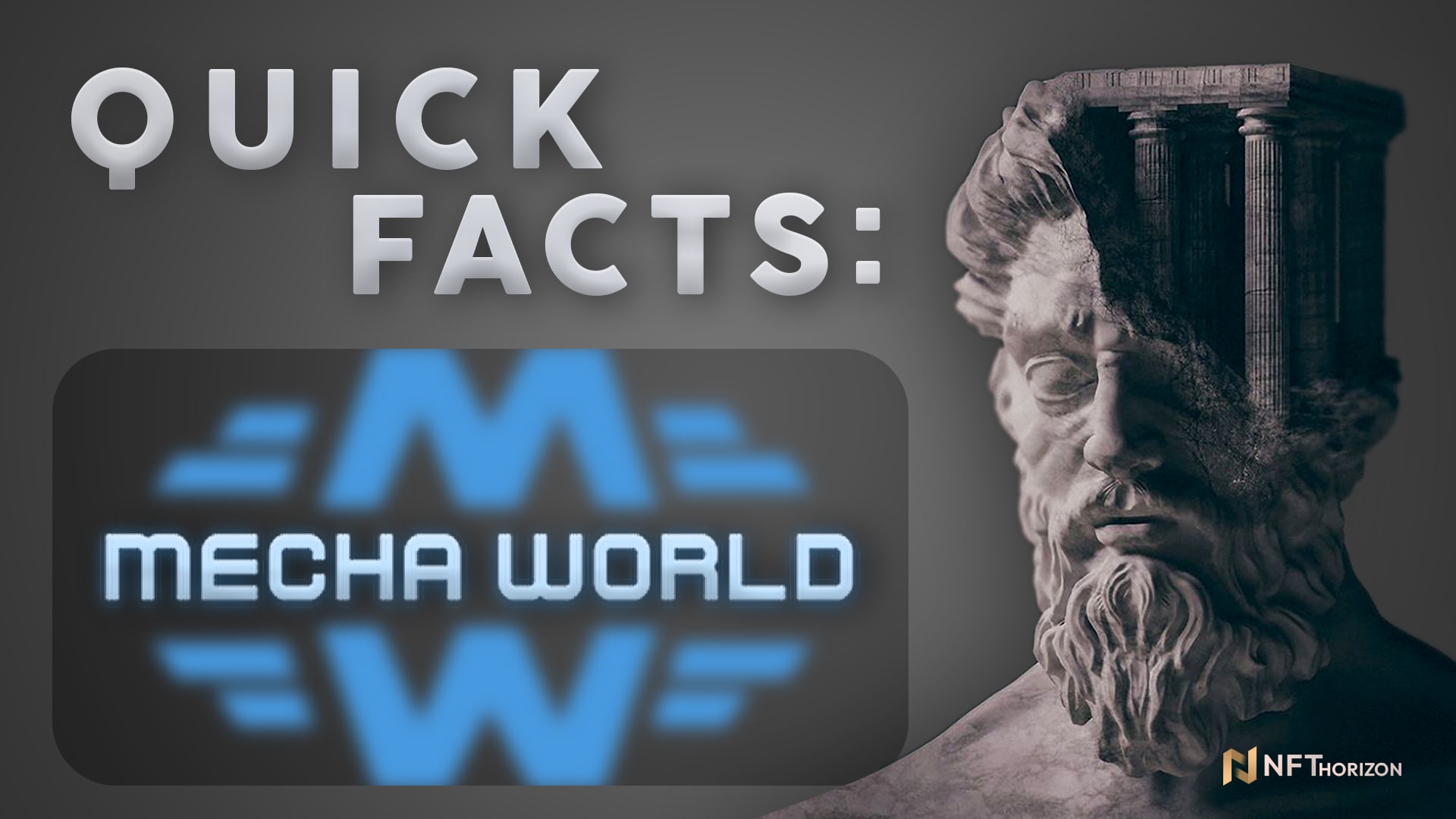 Mecha World is a post-apocalyptic NFT game about building, questing, and battling with Mecha animals! The game is part of the FGL NFT ecosystem, using FGL Tokens.

Build up your troop of Mecha’s by fitting Parts and modify the way they look. Send your Mecha on Quests or Battles to gain XP and level up. The higher their level, the bigger your rewards, and the more exclusive Parts you can fit.

*Mechas, Parts & Upgrades, Land, Crafting, and Questing are available in Mecha World at the present moment.

Mechas: The base NFTs of the players

Parts & Upgrades: Those make NFT-based Mechas stronger during battles and the chance and finding of NFTs during quests will be increased with the help of the Parts. The different rarities of Parts will come in the future.

Land: For building arenas and workshops, land can be used.

Crafting: The situation depends on the fitting of Parts NFTs onto the Mechas.

FGL Token is the in-game currency of Mecha World; the token is utilized in multiple games on the WAX blockchain, and Mecha World is one of the games.

Players can use FGL Token to pay arena fees and workshop fees. Workshop fee is necessary for adding parts to Mecha bodies and maintaining those parts. Also, the token can be utilized for upgrading Mecha bodies and buying buildings. Lastly, in the future, FGL Token will be used for paying PvP battle fees. The token will be earned from Questing and Battling in Mecha World.

*Players can buy FGL Token with the WAX.

The upcoming sale of Mecha World (limited drop) will be on May 4, 2022. You can reach the details of the drop by the link: https://neftyblocks.com/c/mechaworldio

You can reach the whitelist condition by the link: https://givelab.com/mechaworlddrop2/mecha-world-whitelist-application

From the entries that are mentioned on the above link, the team behind Mecha World will select 200 individuals. Then, the full list of whitelist winners will be published on the Discord channel of Mecha World.

The team behind Mecha World is a crowded and successful team.

Furthermore, there is the origaming office of Mecha World in Indonesia.