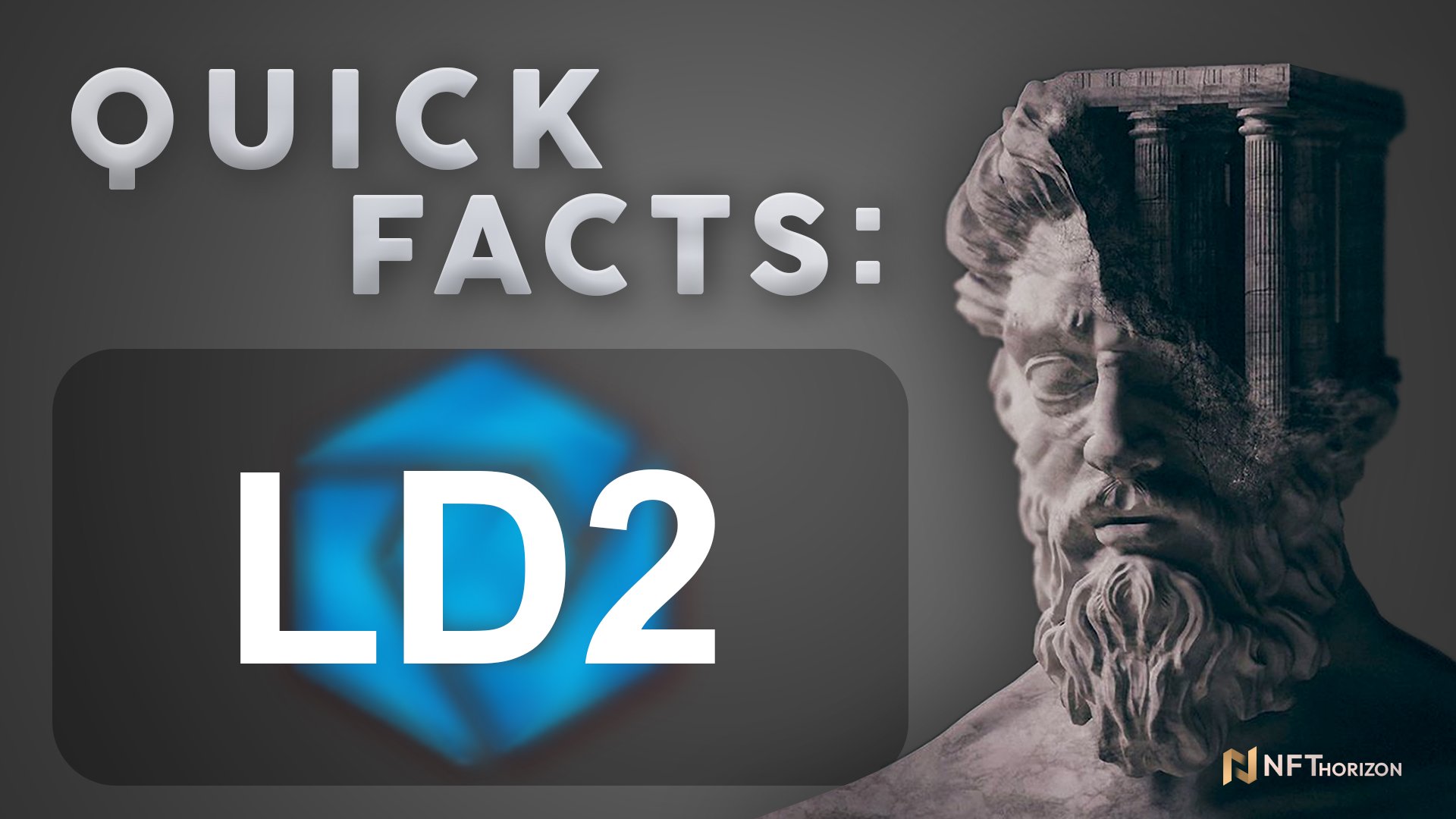 LD2 is an asset-backed cryptocurrency protocol that facilitates vaulted and physical ownership of precious metals and real-time trading of those assets. The LD2 protocol is a blockchain-based digital warehouse receipt platform where the minted digital tokens are 100% backed by precious metals. Simply put, a customer buys the physical silver coins up-front, and instead of taking delivery receives a warehouse receipt as a digital token.

LD2 is on the cutting-edge of the NFT’s next-generation (NFT 2.0): Unlike other backing options that rely on empty, fiat tokens, that can become equally worthless, LD2 attaches warehouse receipts to NFTs, which directly ties the NFT to vaulted and precious metal. Ownership of the precious metals moves from person to person with the NFT itself.

Asset-backing: LD2 NFTs are backed by the silver-backed fungible token, and burning the NFT releases the underlying token, which can be transferred peer-to-peer (just like the NFTs) or redeemed for the physical silver it the receipt for.

FDI VIP Access Tokens: LD2 will begin to release VIP Access NFTs to early adopters and members of other communities that make their way to the LD2 Discord server (e.g. the IBM PC NFT, KROWN, etc.). This “First Day of Issue” (FDI) VIP Access NFT gives holders early access to drops (e.g. 30 mins before others, low mint numbers, and so on).

*LD2 not only issues ultra-collectible silver-backed LD2 NFTs but also offers this physical backing to other creators/collections. By utilizing LD2’s WAX-based token, this new solution can attach real-world value through silver bullion to any NFT asset on the WAX blockchain.

Blending: The upcoming utilities with the LD2 NFTs include blending the individual NFTs into others to produce more rare/valuable NFTs that have increasingly larger amounts of silver backing. Individual NFTs can be blended in ‘stacks’ of coins by using the analogy of numismatic coins. These stacks have all the silver-backing of the NFTs blended into it as well as additional benefits and access attached to them. ‘Stacks’ of coins/tokens can then be combined into ‘rolls’, which function similarly, albeit in larger quantities. In the future ‘rolls’ may be able to be blended in ‘boxes’ and ‘crates’ if the need arises, each level with its own additional physical and digital benefits, only available with the blended NFTs.

As LD2 NFTs are backed by a fungible silver-backed token, the NFTs must be burned to release the fungible token, which is also subsequently burned at the redemption of the physical silver. This burning ensures that there is always one token to one ounce of silver in the vault.

*Staking as an earning mechanism may be considered in the future, but there are no plans to do so at the present time.

*The FDI LD2 NFTs are a limited-edition token that is backed by the same one troy ounce .999 fine silver LD2.zero coin, but if redeemed the physical coin will come with a special FDI hallmark/hand-stamp that clearly identifies it as an FDI coin.

In addition to the upcoming sale, there will be additional sales of LD2 NFT, and the dates of the sales will be announced by the team.

The LD2 FDI VIP access token in the WAX wallet making a purchase is required for holders to have early access to drops (e.g. 30 mins before others, low mint numbers, and so on).

The core values of the LD2 founding team, company, and protocol standards are trust, transparency, discipline, and value.