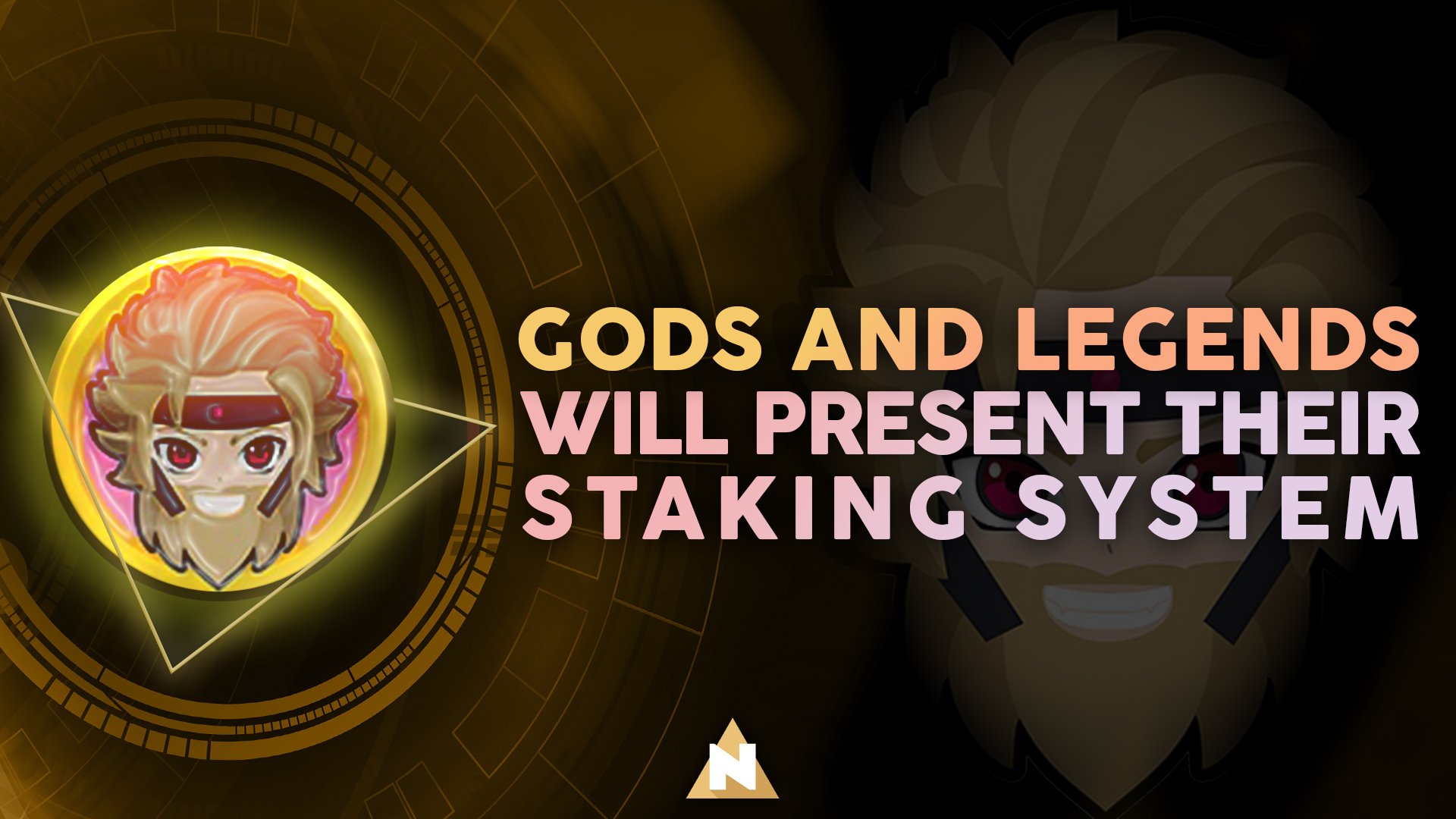 At an early date, we will meet with our partner Gods And Legends’ stunning staking system, so we would like to inform you about the system! Before explaining the system, you should know Gods And Legends and their amazing work.

Gods And Legends is an NFT collection based on the WAX blockchain. The team has a game, trading cards, comics, physical NFTs, and more. The NFTs are about various mythologies, and you can use them in Gods And Legends’ game. Also, you can stake for income and use these NFTs in some third-party NFT projects, like PolyPlay and WaxArena.

Firstly, we want to mention that the total token supply of Gods And Legends will be 2.5 Trillion (2,500,000,000,000). The whole staking system of GNL consists of passive and active/ingame staking. Passive staking will only earn you 1/3 of your potential daily tokens while active staking will have 2/3 of the entire potential staking power. This means that depending on how active you are ingame, you can earn up to three times more than if you only used passive staking.

In addition to ingame and passive staking, Gods And Legends will prepare weekly and monthly ingame Tournaments for which players will have to contribute a certain amount of tokens to gain access to them. In other words, you must pay a certain amount of tokens if you want to participate in the incredible Tournaments. The top 50 or 100 of these Tournaments will be rewarded with Gods And Legends’ tokens and NFTs. A portion of the contributions will be burned while the remainder will be used to fund the prize pool. For starters, 2/3 of the contributions go to the prize pool, and 1/3 of it will be burned. The token will be kept stable by the burning process and the proper distribution of rewards.

Gods And Legends’ game is in a Beta testing phase because they want to avoid unexpected bugs and details. The game will be released soon, and it will emerge with multiple planned game modes. The first mode will be played to earn Tower Defense in which players choose Gods & Legends of their choice from their wallet which they use to defend against waves of enemies. For the game, you need the next rarity NFT in your inventory to upgrade the towers. This means the higher the rarity of the NFT the more you can upgrade it in the game. The enemies will become stronger with each round, but the rewards will also increase, making it easier to farm up your cap.

Moreover, Gods And Legends recently launched Angels & Demons, another NFT project on Binance Smart Chain. It will be a play-to-earn Card Game, the NFTs can be purchased, sold, traded, and used in an upcoming card game. $GNLR token will be used in the play to earn the NFT Card game based on the mythological collectibles. By the way, we would like to mention that the $GNLR private & IDO sale went through the roof with 100% sell out!

We stated GNL’s staking system, their game, and recently launched the NFT project on Binance Smart Chain, and there is another good news about Gods And Legends’ works. The team is working on their comic books and physical card game developed by Kagai Games. Gods and Legends Comics are a community-driven idea where the team will take base mythology of each God or Legend with a different take on it, holders of the NFT comic books will be able to vote on key decisions that will affect how the story progresses and how the characters develop. “Virtual comic books” will be available on AtomicHub and “physical comic books” will be available through Gods And Legends’ Shopify store and will include a QR code to claim the virtual NFT Comic Book. The card game will involve multiple game modes, like Gods vs Gods(PVP), Gods vs Monsters(PVE) & Endurance runs(PVE). You will encounter the books and game in the following month or two!