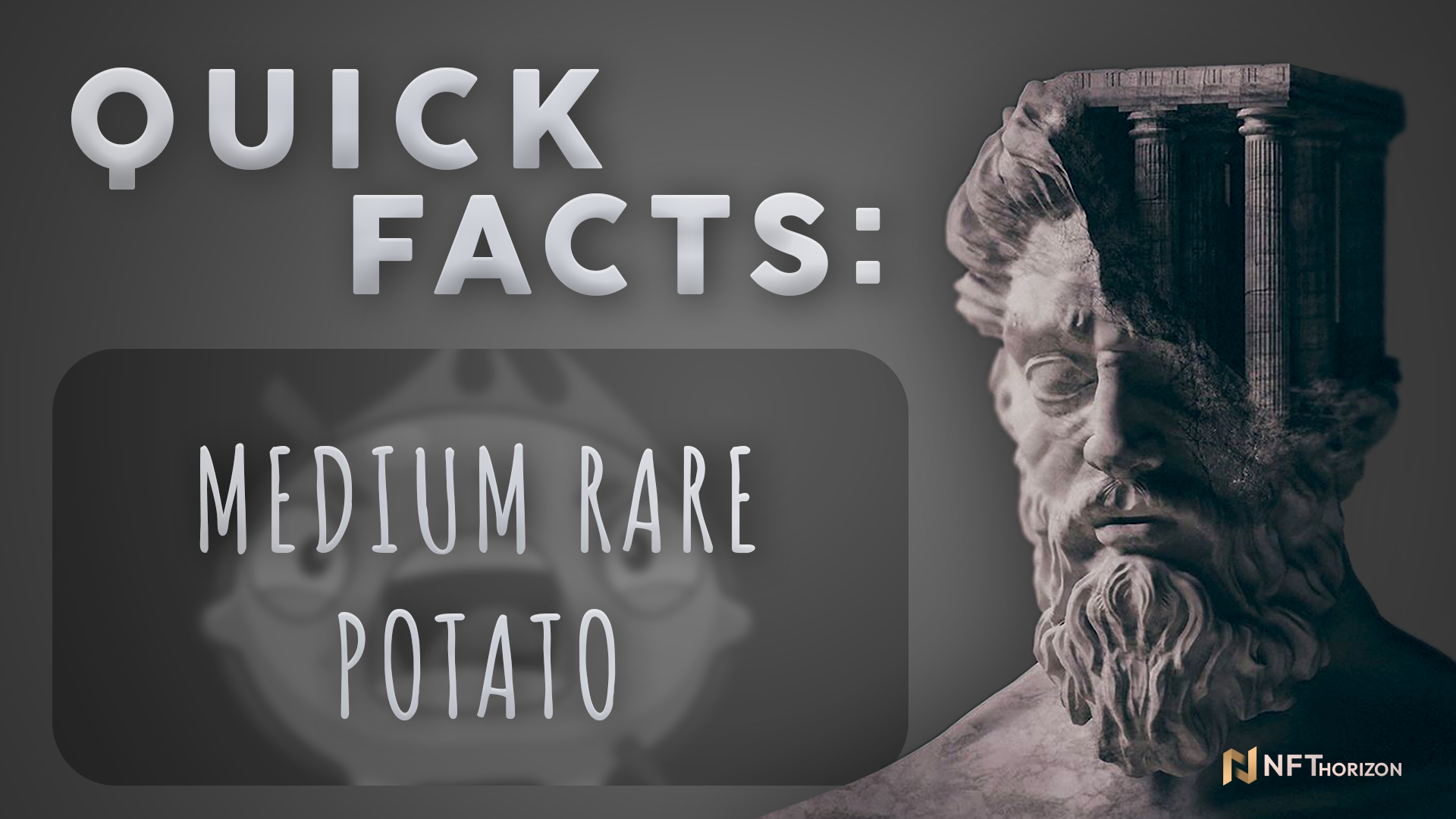 Medium Rare Potato is a restaurant business on the WAX blockchain. The project was founded in July 2021 at the intersection of blockchain technology, food culture, and the restaurant industry.

The main place of the game is the Restaurant. The restaurateur makes the menu, hires the internal team, opens jobs for the external team, promotes his restaurant, and develops his business.

Characters or employees of the restaurant, choose their place of work, get orders, perform quests and contracts, and get in-game tokens for it.

For the characters to cook dishes faster than others. This can be helped by helpers, analysis of the total number of cooked dishes, the cooking time of each dish, and competent time management.

At the moment, you can buy a helper in our store. He will be useful in the game itself or he can be made into a cook.

2 x cook = cook of the next rarity

The restaurateur earns from the work of his internal team, and the commission paid to him by the external team. The worker earns income from working in the restaurant and in PVP.

Type of economy: The team behind Medium Rare Potato has chosen the option of a coin with an open emission because it is more flexible and convenient. This will give the team many opportunities to maintain and preserve the entire ecosystem as a whole.

Coin production and liquidity pool: Before the team starts the game, they will add some amount of coins to the liquidity pool. After the start, the coin will only appear by in-game mining and will not be printed in any other way. Thereafter, the liquidity pool will be replenished from the reserve.

Reserve and burn: After each in-game purchase, a coin will be sent to a wallet (reserve). In order not to load the blockchain with unnecessary transactions, the team will periodically burn this coin. Part of it will be sent to the liquidity pool and maintenance of the ecosystem.

The whitelist is not required for the upcoming sale of Medium Rare Potato.

Ilya is the founder and back-end developer.

Oleg is the co-founder and full-stack developer.