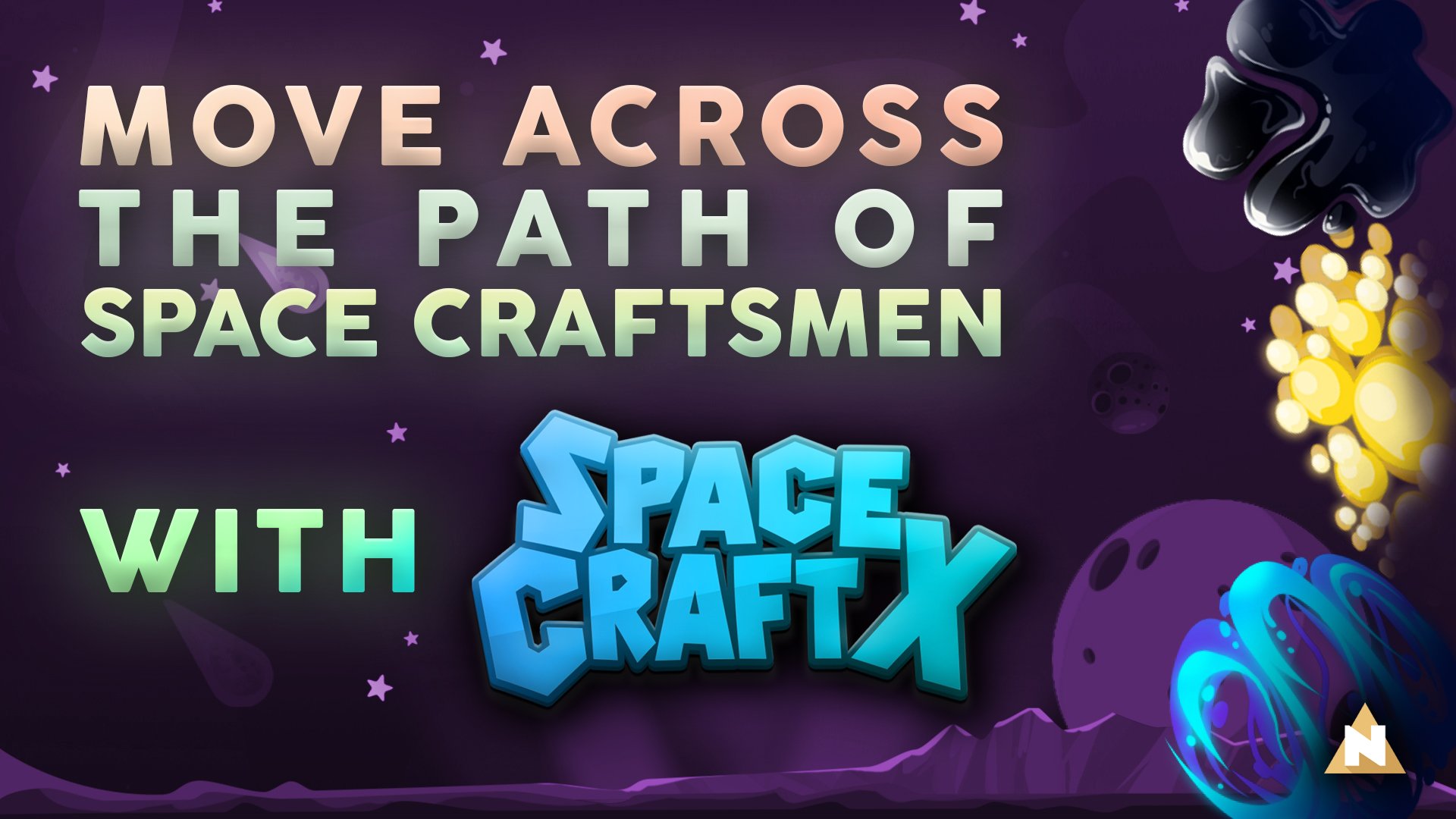 Hello NFT lovers! In this article, we come up with an NFT-based game about space called SpaceCraftX. You should learn all the details about this game and get involved in the adventure!

SpaceCraftX and the Story of the Project

SpaceCraftX is a space NFT game on the WAX Blockchain. The game has a perfect economic model, an interesting plot, and the possibility to exchange game tokens for cryptocurrency. Basically, you should extract a variety of space resources and build up your own mining plants in the game, so you can feel like a real space creator with the help of SpaceCraftX. Before mentioning the significant details of the game project, we would like to state the story of SpaceCraftX.

Individuals encountered a devastating lack of resources, so people require alternative sources of energy and the resources found outside the Earth for surviving and developing the Earth civilization. People should select the path of space craftsmen, but only brave Earthlings can choose the path because space craftsmen spend their days far from their home planet, taking part in long-lasting dangerous journeys – in search of new powerful reserves and energy sources. Hence, the work of space craftsmen is difficult and dangerous!

At the first stage of their journey, space craftsmen have an opportunity to extract three space elements that are highly valued by Earthlings. These three space elements are ‘Waves’, ‘Cosmic Dust’, and ‘Dark Matter’. By waves, energy can be synthesized while cosmic dust and dark matter are used for repairing and buying tools.

In the first sale:

The second sale was split into 2 sales with separate whitelists:

In the last quarter of 2021, SpaceCraftX tested the smart contract and assets on the WAX Testnet, and then, the smart contract on main-net was completed. After that, the team behind the project released SoMe channels, and the game was launched. Also, a free tool drop was carried out. Moreover, in that time, Crew IDs were introduced. Crew IDs can be crafted with in-game resources to boost the performance of tools. You can visit the ingame ‘Market’ tab to see current crafting costs. Crew IDs have three different rarities called common (Liwei Crew), uncommon (Gagagarin Crew), and rare (Armstrong Crew). You can increase the claim time, the mining power, energy, and strength usage by the same multipliers with the help of Crew IDs. Furthermore, you should know that Crew IDs will be used for other purposes in the future.

Hence, you should regularly check the roadmap of SpaceCraftX to be informed about the significant subjects.

You can analyze the above flowchart of the token use cases for understanding the tokenomics of SpaceCraftX.

In general, players can earn tokens with the help of tools in the game. Then, they can produce NFTs by utilizing the tokens, and the NFTs can be sold.

The upcoming planet sale of SpaceCraftX in AtomicHub will be on 2nd February 2022 at 5:00 pm GMT.

There will be 4 types of packs which consist of 90% industrial planets and a small supply of tools that are only exclusive to our top players.