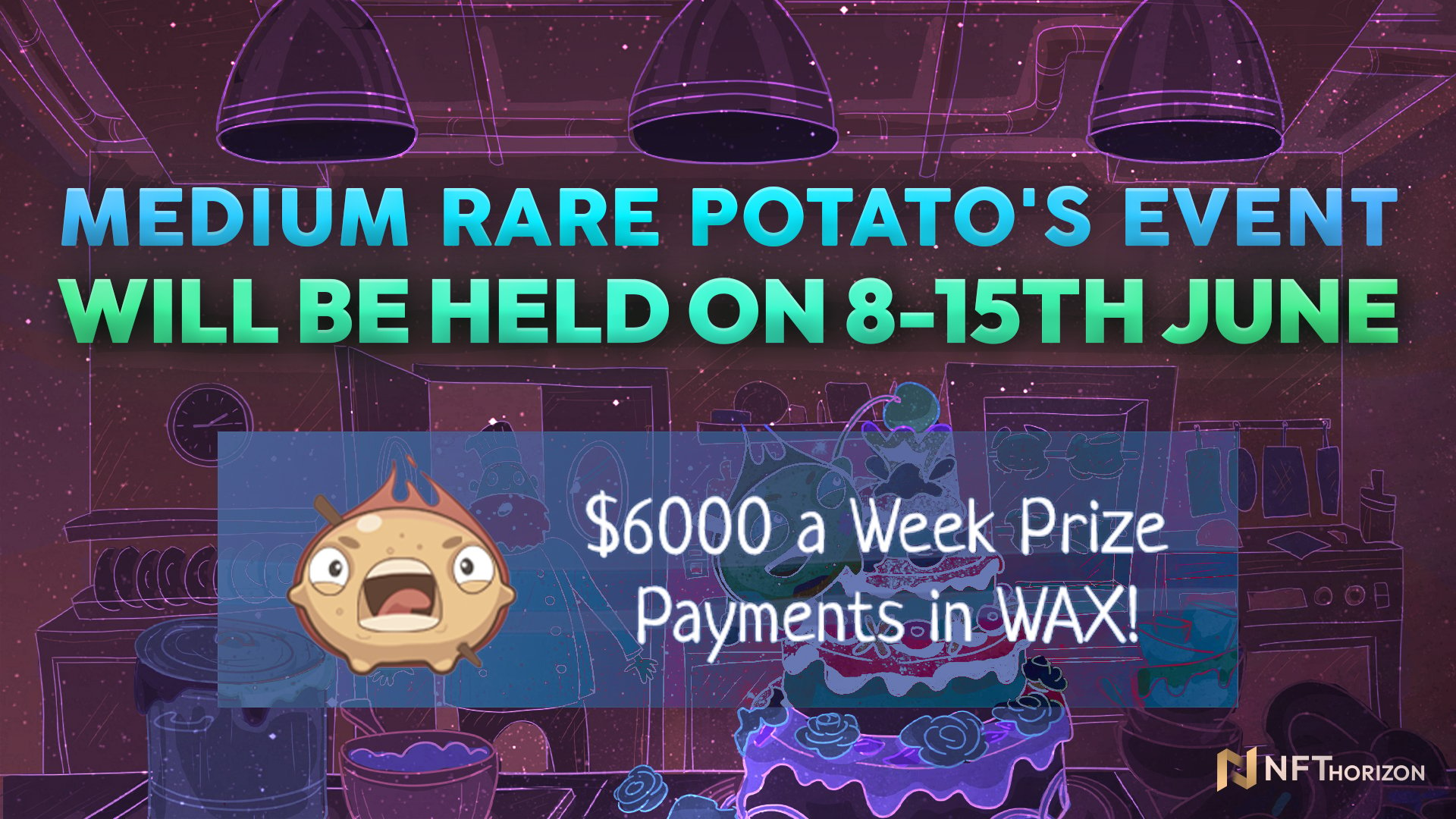 We would like to announce that Medium Rare Potato will arrange an event in which people will encounter a prize worth $6000, so we are waiting for the event excitedly!

Medium Rare Potato is an NFT-based game, and it depends on the restaurant business. The project is on the WAX Blockchain, and players can answer the question that is ‘’How economics of a restaurant business works?’’ with the help of the game.

You should have a WAX wallet and the NFT cards of Medium Rare Potato for starting the game.

Firstly, we would like to inform you about the date and time of Medium Rare Potato’s amazing event. The event will be held on 8-15th June 2022, at 13.00 UTC.

Secondly, we should mention the prizes of the event because a great value in terms of money is on the carpet!

*Because of the project is on the WAX Blockchain, the payments will be in WAX.

How can you participate in the event?

The character has slots for NFT dishes; add any unique dishes to the character slots (it is optional, but it increases the chances of victory).

The character has slots for NFT helpers; add any helpers to the character slots (it is optional, but it increases the chances of victory).

You can send any number of your characters to the event to increase your chances of victory.

Secondly, you should register your character, and the registration will start on 8th June 2022, at 13.00 UTC.

The registration pages will be added on June 8 by the team behind Medium Rare Potato.

The link to the game: https://game.medium-rare-potato.io/

You can add and use additional helpers in any quantity and at any time after the start of the event.

*Additional helpers will be burned after use.

How does it work?

On the second day after the registration, the battle will begin.

Every 1 hour you will see a dish to cook. The process is automatic, but you can affect it.

For example, your character has a Calcot dish and 1 Helper with the rarity rare in the slots;

-If you need to cook Gazpacho, then cooking chance = 10%

For example, add 1 Helper Raw and increase the chance to cook Gazpacho to 5%.

You get points for cooking each dish. The more points you get in 7 days of battles, the better your chances of victory. Throughout the event, you can track your position on the leaderboard.

How to reach Cook or Chef Cards?