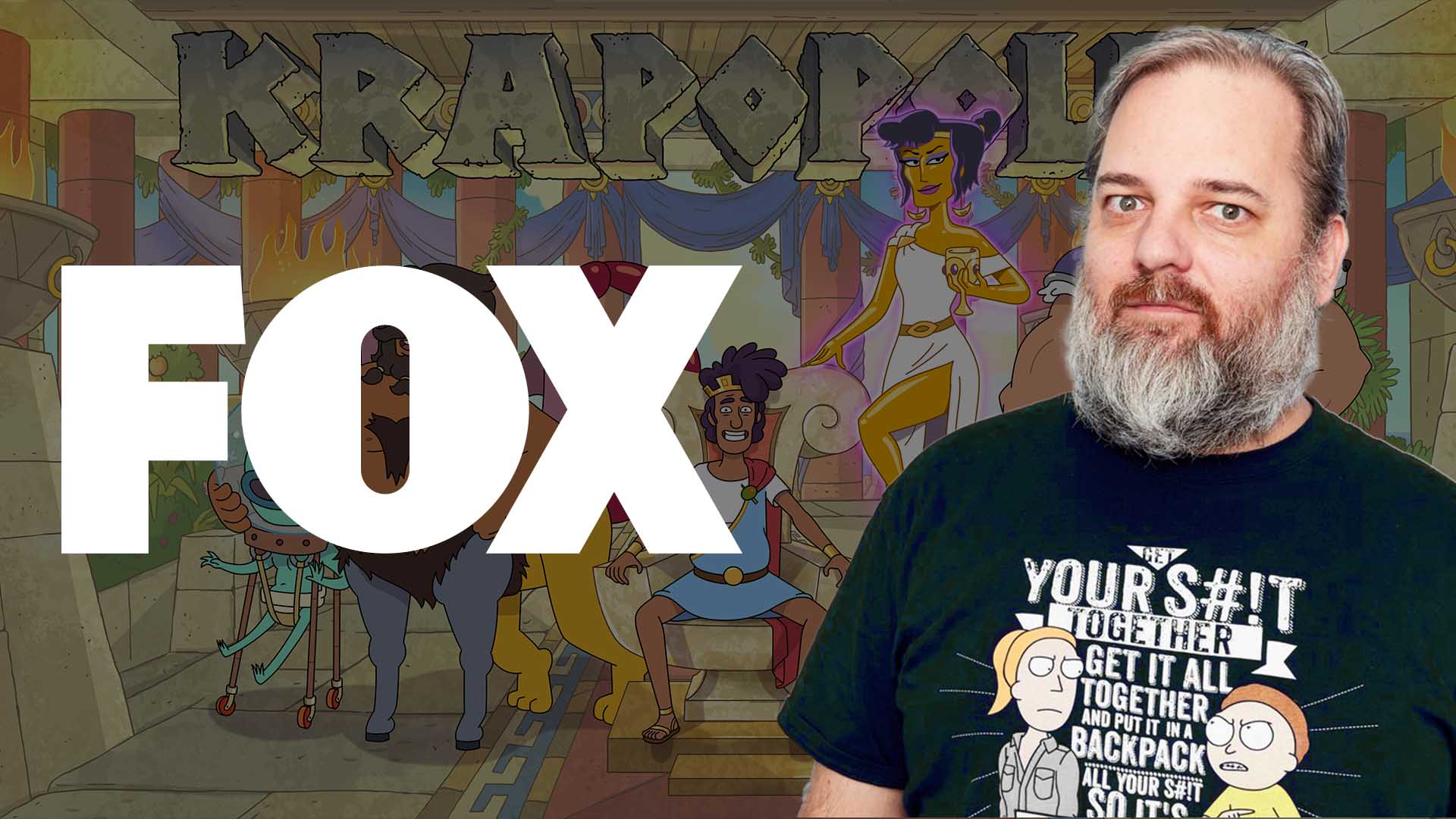 Weeks ago, the co-Creator of the iconic animated series, Rick and Morty, released his collection of Art Gobblers NFTs. Now, his colleague and fellow co-creator, Dan Harmon, has joined the Web 3.0 party by launching an NFT Animated Series. Titled Krapopolis, the new animated series, produced by FOX Entertainment, unlike regular TV shows is well interconnected with Web 3.0 and non-fungible tokens.

Krapopolis is set to be a legendary animated TV series that depicts the story of a mythical showdown in a family of humans, monsters, and gods trying to take over one of the first cities in the world without murdering each other. Krapopolis features gods, goddesses, cyclops, mermaids, and much more.

The animated TV series, with its backstory set in the ancient land of Greece, is the first to properly feature the elements of blockchain technology. It will allow its audience to be a part of its story.

As part of its launching sequence, Krapopolis conducted an auctioning event for NFTs on the biggest NFT marketplace by trading volume, OpenSea.

Two tokenholders from the auction will be given the opportunity to inspire a character in the animated series in the final episode of its first season.

Back in August, the producers of the NFT animated series launched the first NFT project associated with the show, the Krap Chickens. The NFT collection features 10,420 “chicken” NFTs.

Another NFT project related to the tokenized animated series has been made available in an auctioning event from the 27th of November and will span through the 4th of December. The ‘Keys to Krapopolis’ collection was formed in a collaboration between animated series creator and producer, Dan Harmon, and FOX Entertainment. These NFTs will be integrated into two Krap Chickens as the second picture in the virtual treasure hunt.

The scavenger hunt starts on the 7th of December. People can win one of the Keys to Krapopolis in the hunt. The first key will go to whoever can appropriately answer multiple-choice questions regarding Krapopolis. The winner will also win the opportunity to be added as a character in the animated TV series.

About Rick and Morty

The adventure sitcom tells the stories and tales of a sociopathic, alcoholic scientist known as Rick Sanchez and his kind but timid grandson Morty Smith. Together, the grandfather-grandson duo travels across dimensions on Rick’s flying disc. The concept of the animated series lies in the drama Rick experiences while living with his daughter, Beth’s family, and him dragging along his grandson for the wildest trips.

There are currently six seasons of the sitcom with an average episode running time of 22 minutes. The animated TV series has garnered several awards and nominations including two-time winner of Emmys Outstanding Animated Program for 2018 and 2020, a nominee for Critics Choice Super Awards’ best-animated series for 2021, and a four-time nominee for Gold Derby Awards for 2016, 2018, 2019, and 2020.