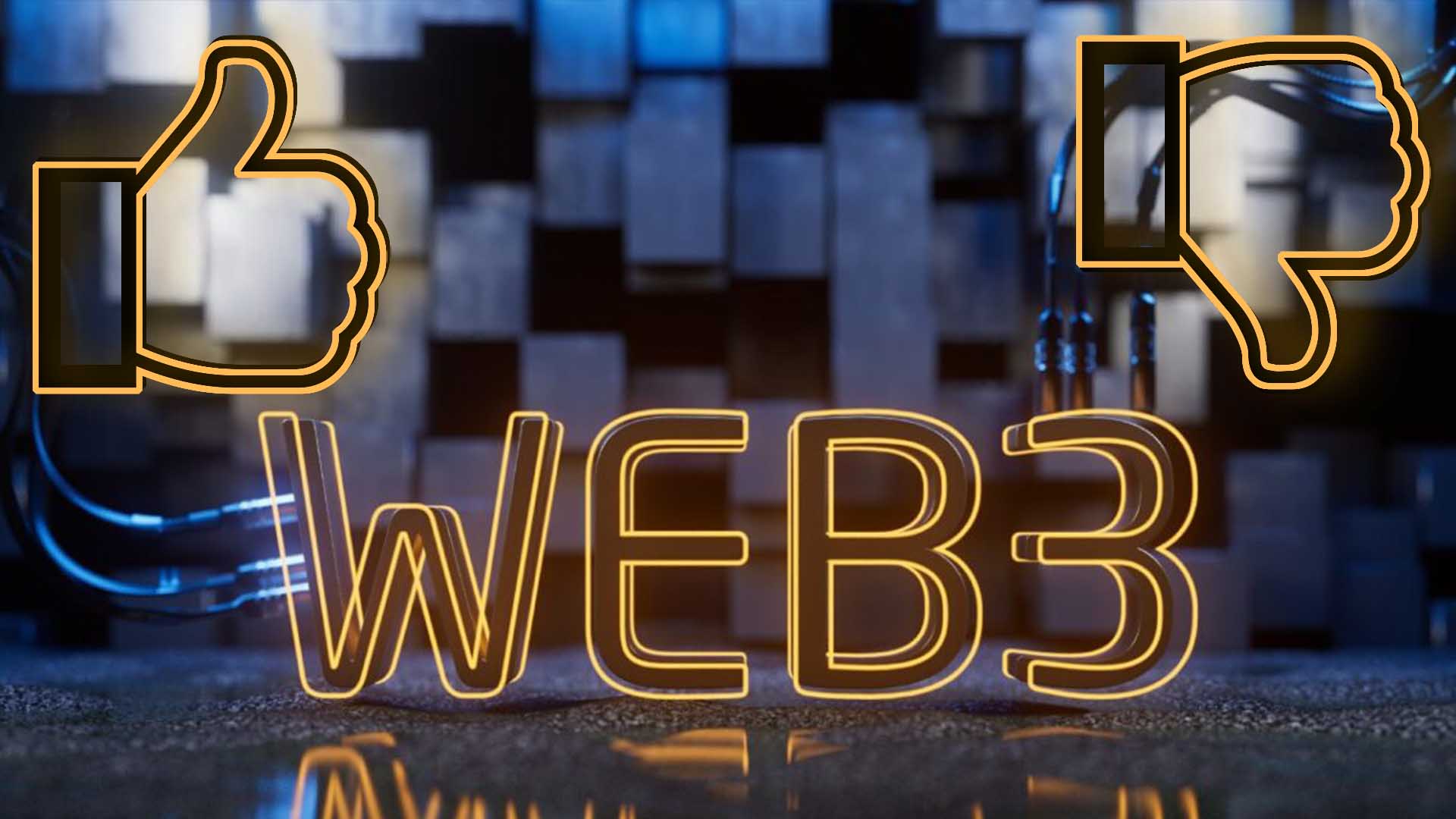 As we mentioned in our old article, Web3 is the most recent version of the internet, and it provides users with more personalized experiences. The new version of the internet is supported by blockchain technology, so it is decentralized and permissionless, and it can offer ownership. These features of Web3 are interesting and beneficial for users, but what about its disadvantages? In the article, we are focusing on some advantages and disadvantages of Web3.

In the common internet called Web2, tech people can control and exploit user-generated data, but the situation is different in Web3. As we mentioned above, Web3 is supported by blockchain technology, so this technology brings the ownership factor with itself to Web3. In other words, people in Web3 can have full ownership in terms of data, and they can select the information which can be utilized by businesses and companies.

In addition to the above mentioning, Web3 adopts decentralization, so there is no single entity. Due to this situation, you have the right to choose and deal with the data. Also, thanks to decentralization, decentralized apps, called dApps in short, cannot be censored, and their access cannot be limited.

A lot of people use various search engines, like Google and Yandex, and these engines generally show us popular sources. For example, a person searches for information about heels on Google, and she encounters more popular websites about heels, like Gianvito Rossi and Valentino. Also, she can encounter websites covering sneakers although these products are not heels because the websites are popular. On the other hand, Web3 is different from Web2 in terms of this circumstance.

Web3 saves people’s time and increases their creativity, productivity, and efficiency because it provides users with more relevant search results. Hence, Web3 is more semantic and helpful than Web2.

At that point, we encounter decentralization again. With decentralization, Web3 became more transparent, so users can track their data and consider the source codes of the platforms that will be used. Also, people do not have to contact an intermediary to access the data.

If we consider Web3 from another point, we must mention that the connection between companies and users/customers can be easier and quicker in Web3 than in Web2; in Web3, there is no central authority or there are few intermediaries, so companies can easily reach their target group. In addition to this, companies do not need to consider the share of earnings from transactions with intermediaries.

As emphasized above, blockchain technology is utilized for the development of Web3. In addition to this technology, artificial intelligence and machine learning are used in the improvement process of Web3, so various technologies are considered for Web3.

The technologies in Web3 can be a problem for users because every electronic device cannot support these technologies. In simple words, some devices, especially less advanced devices, adopt traditionality and use Web2. Because of this situation, some technological issues can occur in the usage of Web3.

In addition to the technological issues, we can talk about user issues; some people love traditional ways, like searching via hard copies, and they do not want to adopt new technologies into their lives. Moreover, some people think about the ethical side of Web3 and focus on ethical and moral issues about this technology. In short, people’s different beliefs, values, and ideas can affect the adoption of Web3, and that is a disadvantage for the future of the internet.

In an old article, we mentioned and explained some NFT scams that are considered as cybercrimes. Like in the NFT space, we can encounter various cybercrime types in Web3.

Some experts say that the decentralized structure of Web3 can cause an increase in the number of cybercrimes because the structure makes the regulation of the internet difficult. Due to the possible circumstance, every user of Web3 must be careful and conduct research into cybercrimes to cope with them.

To summarize, Web3 can be a useful technology for every human being, but it also has some disadvantages, like the common version of the internet called Web2. Because of the current situation, we suggest that every person must research Web3 and learn its disadvantages in a detailed way.