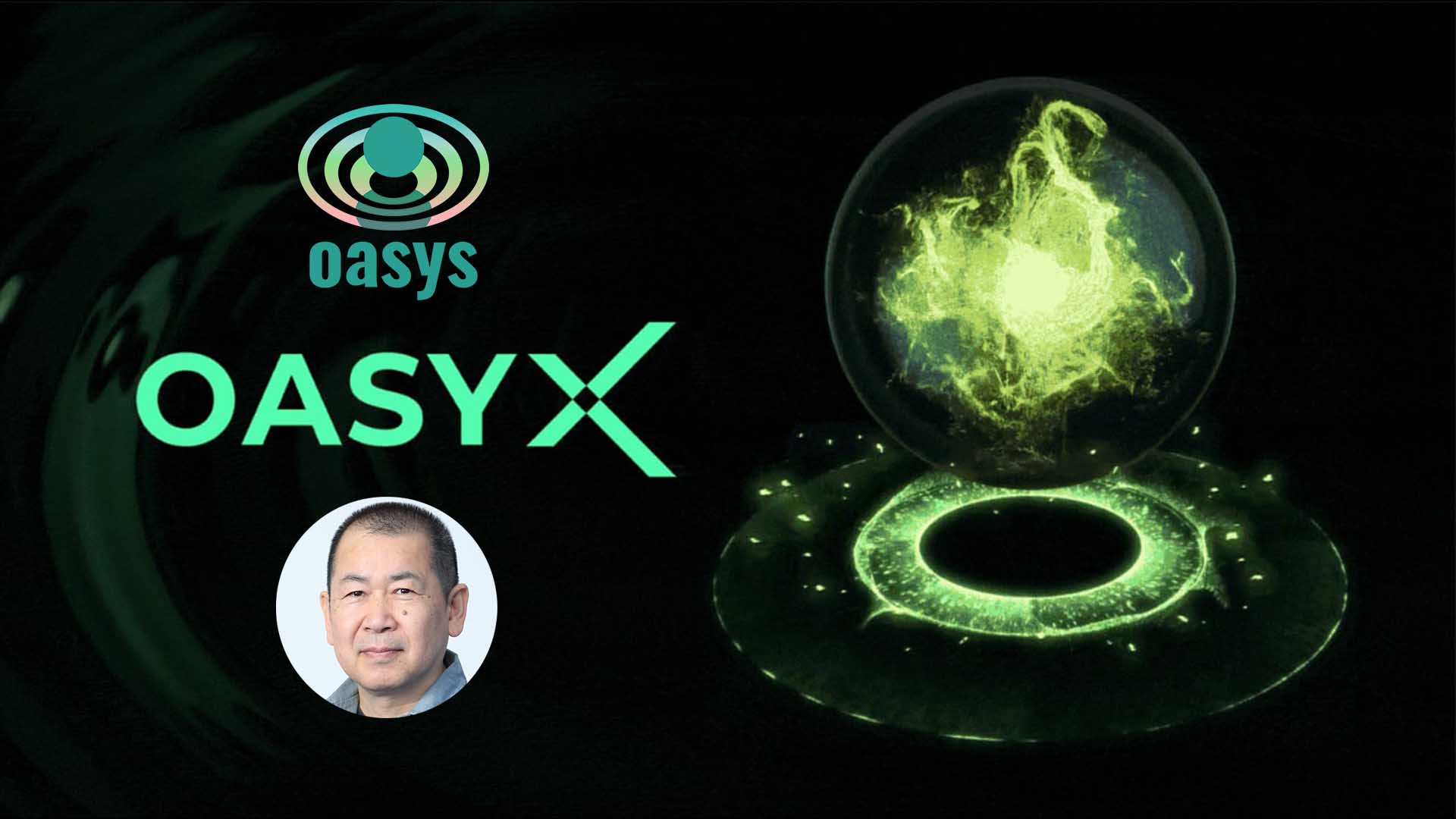 Oasys, the gaming-optimized blockchain developed by gamers for gamers, is releasing its first  NFT project developed on its own blockchain in collaboration with Yu Suzuki, a renowned game development executive. The NFT project called OASYX NFT was launched on December 7.

“As the Oasys ecosystem grows from strength to strength, we are excited to debut the blockchain’s first-ever NFT project, centered on collaborations with a legendary game developer in Yu Suzuki. We look forward to bringing on more exceptional icons in our industry as we pave the way forward for the mainstream adoption of NFTs and blockchain gaming, with OASYX as an important catalyst.”

“As the first NFT project on the Oasys chain, in which SEGA, Bandai Namco, Square Enix and other leading game developers are participating, we expect OASYX to provide a runway for the success of NFTs in the near future. We also believe that the management of world-building in its nascent stages has meaningful value for both myself and this industry, and OASYX is primed to be a major initiative in finding original value in digital data.”

Who is Yu Suzuki?

Yu Suzuki is a well-known name in the game-making industry. The video game pioneer was the technological and cultural long-time head of SEGA’s research and development team. His best work is developing a number of SEGA’s greatest arcade games, such as the Virtua Fighter, Virtua Racing, and Shenmue franchises.

Suzuki was only the 6th to be inducted into the Academy of Interactive Arts and Sciences’ Hall of Fame and received a Pioneer Award from the Game Developers Choice Awards in 2011. In recognition of his lasting contribution and impact on the global gaming industry, Suzuki has also been listed at number nine on IGN’s list of Top 100 Game Creators of All Time.

Established on February 2022, Oasys aimed to increase the adoption of play-to-earn games. The company partnered up with huge names in the gaming and Web3 space, including SEGA, Yield Guild Games, Ubisoft, and Bandai Namco Research. With its Proof-of-Stake (PoS) based blockchain, Oasys is aiding in solving the challenges that developers face when developing games. The company is revolutionizing the gaming industry with a focus on creating an ecosystem for gamers and developers to distribute and develop blockchain-based games.

OASYX is an NFT project designed specifically for gamers. It will be the first NFT project built on the Oasys Blockchain and is published by doublejump.tokyo.

A legendary game creator will supervise each series of NFTs on OASYX. This will grant comprehensive utility across the Oasys ecosystem, paving the way for further collaborations with renowned gaming companies as more companies join the Oasys platform.

Suzuki will collaborate with GODTAIL to direct the overall theme and art direction of the first NFT series of OASYX. GODTAIL is a multi-talented Japanese digital artist behind several anime-themed designs.

The initial series consists of 10,000 characters in a free-to-own format that will create a base for future Metaverse avatars. OASYX will, later on, integrate additional use cases into subsequent NFTs, including new characters, fashion items, and in-game gadgets.