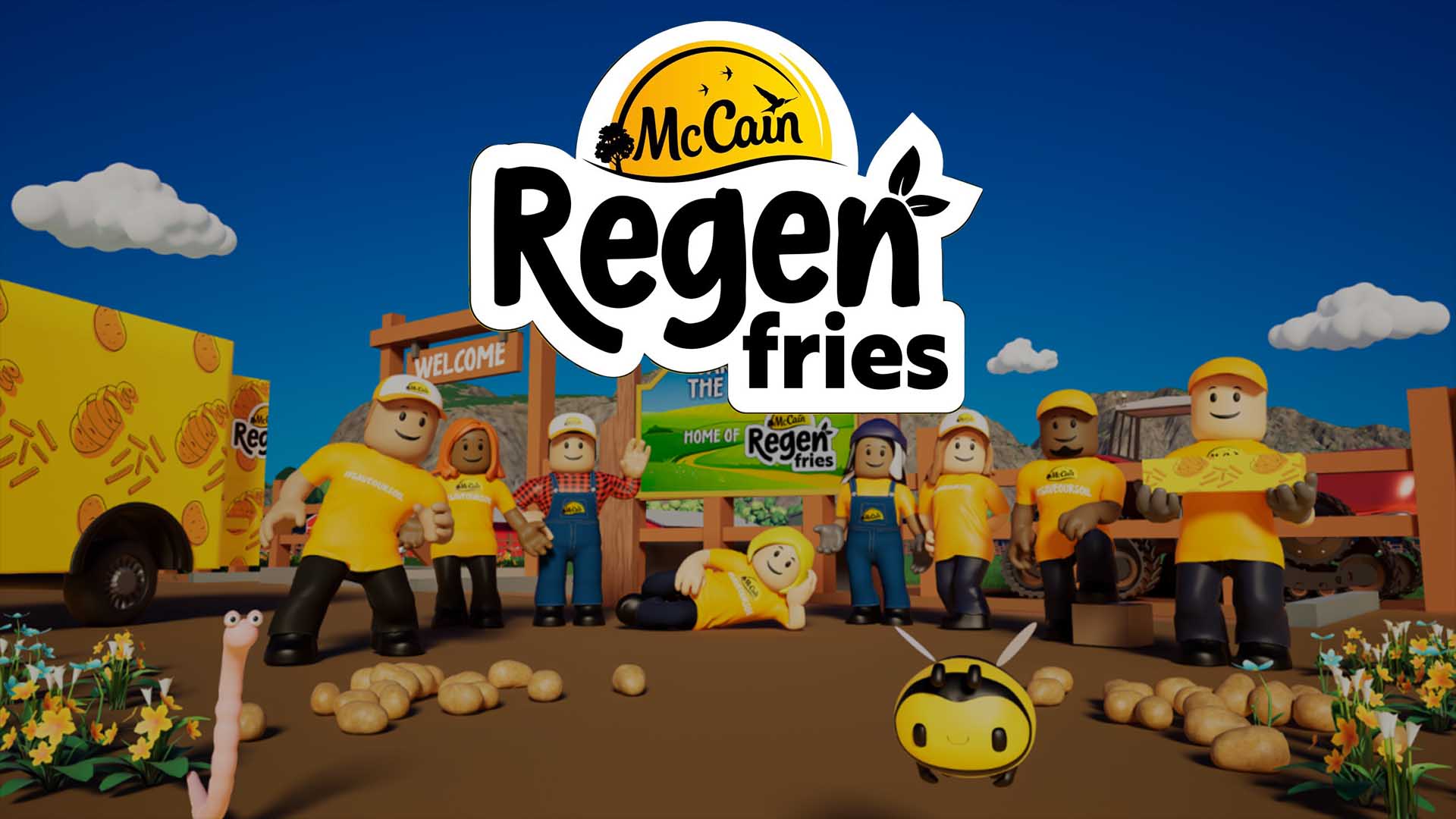 This move will help McCain Foods’ clients in younger age brackets to understand the advantages that come with regenerative agriculture. According to the global head of McCain’s Innovation & Marketing, Christine Kalvenes, regenerative farming is essential in developing a more sustainable food system for the world.

Statistics from the United Nations Food and Agriculture Organization show that 90% of our planet’s invaluable topsoil is prone to be at risk in the next 30 years. If no changes are made to our current farming system, we are looking at some difficult times ahead. This is why McCain Foods is working hard, in conjunction with farmers and its clients, to shift into more stable regenerative agriculture.

The new virtual experience on Roblox, tagged McCain’s Farms of the Future, rewards its guests with points as they grow virtual potatoes via several regenerative farming techniques.

The Roblox experience was launched on October 28 in Livetopia, a virtual game that claims to have had over 2.6 billion visits.

Other elements of McCain Foods’ SaveOurSoil campaign include a collaboration with Bored & Hungry, a restaurant built by a Bored Ape owner. The restaurant, headquartered in Long Beach, California, has started serving its visitors Regen (regenerative) fries also on October 28 and will continue doing so until November 18.

Roblox is an online gaming platform developed by Roblox Corporation. Roblox was created to allow its users to create games and play games developed by other users. The gaming platform was developed by David Baszucki and Erik Cassel in 2004 and was later launched in 2006. Roblox supports single-player and multiplayer games created by the programming language Lua. Users can enjoy these games on Android, iOS, Windows, MacOS, and Xbox One.