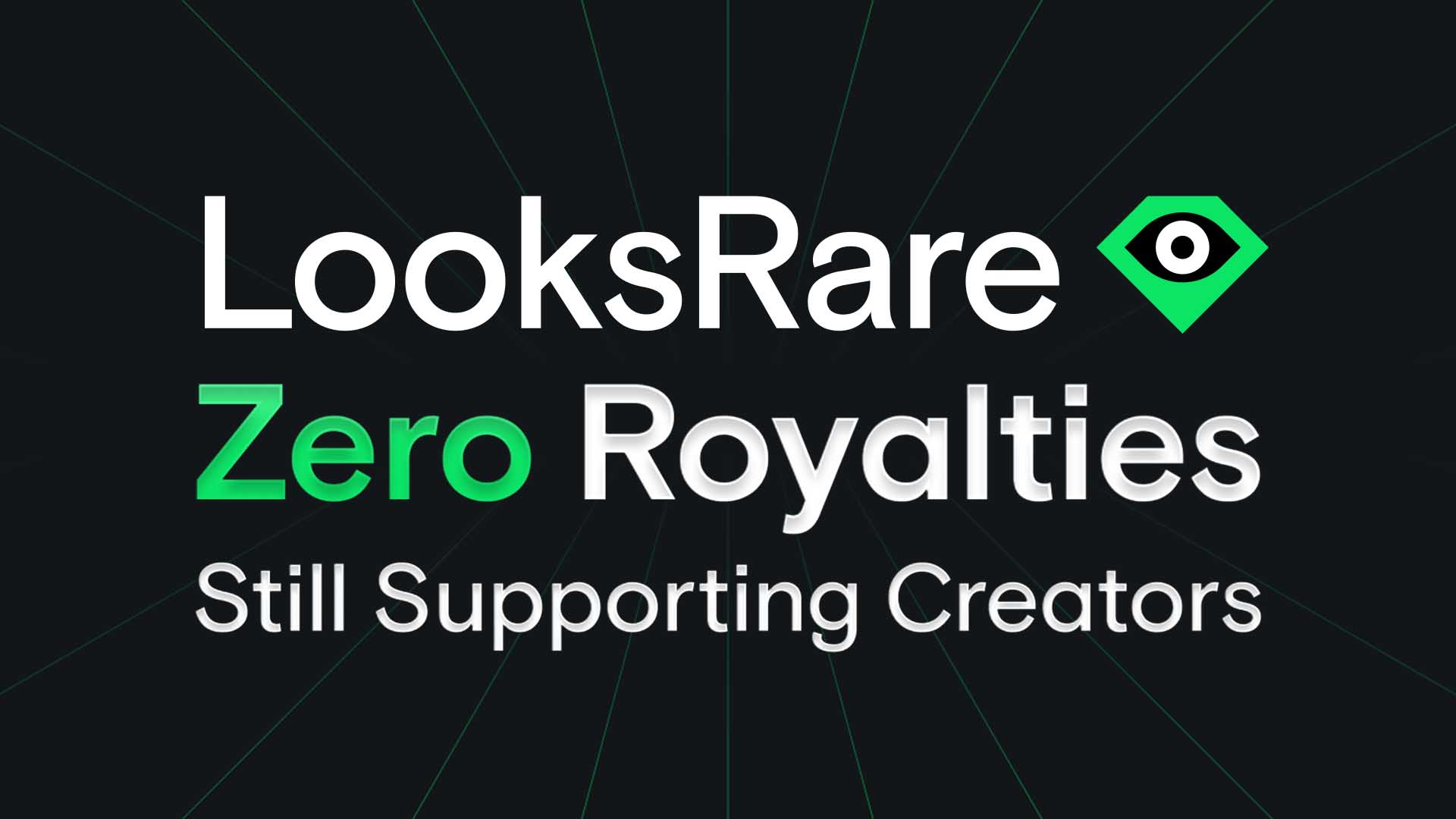 The Ethereum marketplace LooksRare announced that it would no longer demand traders to pay these fees on transactions, adding to the growing trend of NFT markets giving up on enforcing creator royalties.

LooksRare stated that it will “no longer support creator royalties by default” when traders sell NFTs, allowing customers to “opt-in to pay optional royalties.” This is a similar strategy to what Solana NFT marketplace Magic Eden took when it announced its decision to make creator royalties optional earlier this month.

LookRare to give 25% share of the protocol fee to creators

LooksRare also declared that it would give creators a 25% share of its protocol fee, which charges sellers to transact their NFTs. LooksRare levies a 2% total fee on the sale price, which implies that instead of the creators’ royalty rates, 0.5% of the sale price will now go to them.

The marketplace has changed its entire trading rewards mechanism to predominantly assist NFT sellers on the site, eliminating compulsory creator royalties and awarding authors a portion of protocol fees. To lower net trading fees for sellers, 95% of token incentives generated through trading will now go to sellers and 5% to buyers.

According to research published in late January by NFT analytics company CryptoSlam, almost $8.3 billion of LooksRare’s trading activity up to that time looked to be the result of wash trading in about 87% of the cases.

Over the year, LooksRare has experienced substantial traction loss as more recent markets with their reward mechanisms, such as X2Y2 and Blur, have gone live. DappRadar reveals that LooksRare has handled fewer than $11 million in actual Ethereum NFT trades over the past 30 days, wash trades excluded.
Wash trading is the practice of users selling NFTs back and forth between their controlled wallets at artificially inflated rates. This is usually done to either manipulate reward models or increase the visibility of a particular project. Since its introduction earlier this year, several similar token-gaming scams have taken place on the marketplace X2Y2.