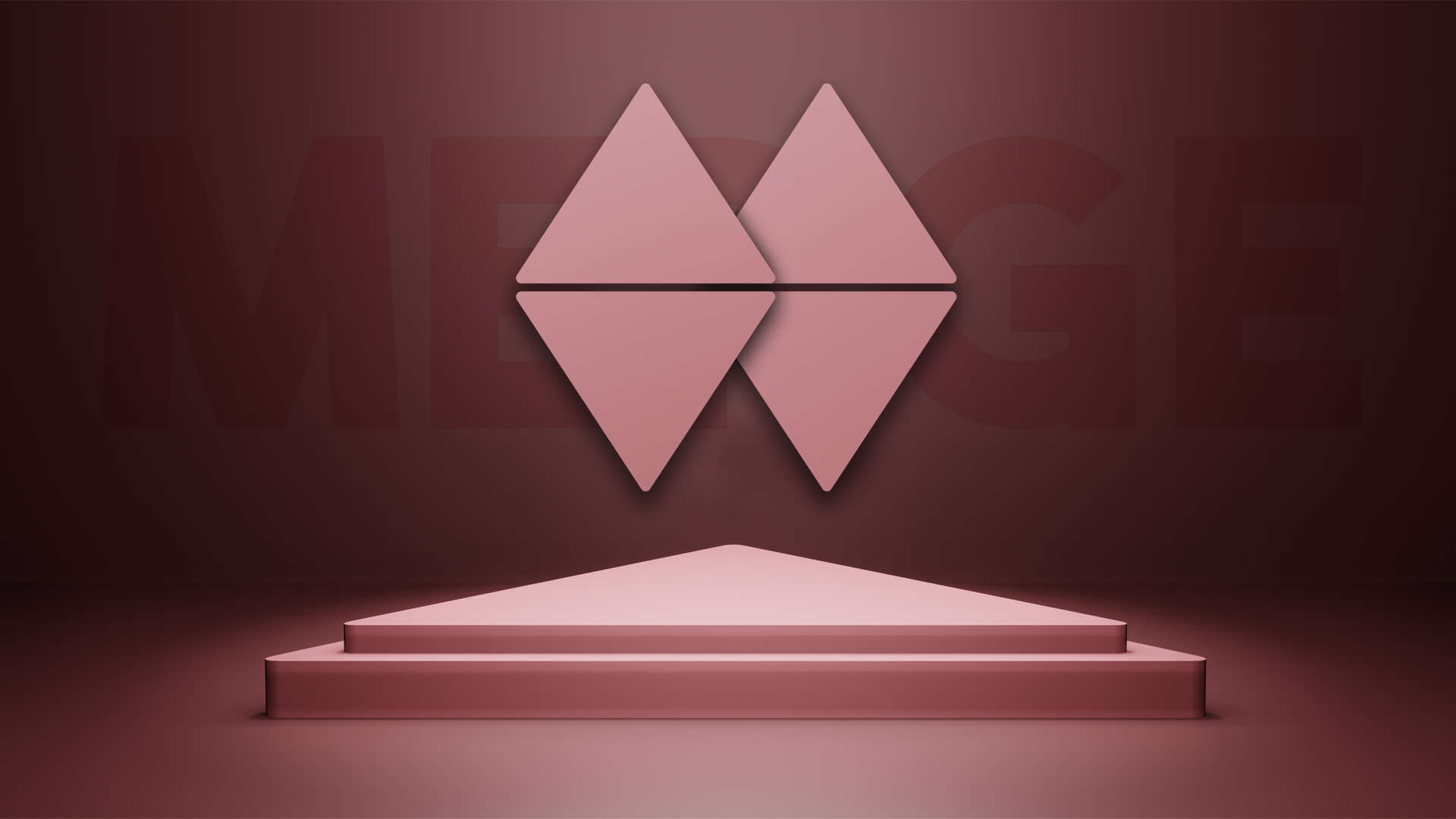 One of the most important events in the history of blockchain took place after a long wait. Vitalik Butarin, the co-founder of Ethereum, celebrated this historic moment with a tweet.

ETH Merge seen as a milestone not only for Eth, but also for the entire blockchain ecosystem. Moreover, it brings along many critical questions.

When did the Ethereum merge happen?

According to the official Ethereum Foundation YouTube channel, the Merge was supposed to happen at around 07:00 UTC on the 15th of September. Thousands of people waited for the channel to announce the commencement of the Merge officially. After the long wait, the Merge took place at 06:42 UTC, causing ETH to continue on its way with Beacon Chain’s consensus layer, leaving proof-of-work (PoW) behind and switching to proof-of-stake (POS).

You were probably confused when you saw more than one timing while searching. Binance predicted it to be at 1:30 am on the same day while Google predicted it is approximately 10 am. The reason behind these different timings is that Ethereum did not set a specific time for the Merge, rather they set a difficulty of 58750000 P. The time for the current difficulty to reach that number was hard to predict as it is based on the number of transactions verified in this period. One thing was certain, it would happen on September 15.

What is Ethereum Merge?

Ethereum Merge, also known as Ethereum 2.0, is the Merge of the Beacon Chain with Mainnet resulting in the change of Ethereum’s consensus from POW (proof of work) to POS (proof of stake). Ethereum Foundation has talked about transitioning to Proof of Stake ever since its inception in 2015. This process will take Ethereum a step closer to achieving its vision of creating a more sustainable and secure blockchain.

What is Ethereum merging with?

On December 1, 2020, the Beacon chain was launched as a separate blockchain to be tested with Proof of Stake. Proof of Stake is a method that involves randomly assigning validators to verify transactions as opposed to Proof of Work which requires GPUs to solve computational puzzles. Validators will stake an amount of their own Ethereum, to be eligible to verify transactions and get rewarded. According to Etherscan, over 13.712 million ether, which makes up more than 10% of all Ether in circulating supply, have been locked in the consensus layer by more than 360,000 validators.

What happens to my Ethereum after the Merge?

“As a user or holder of ETH or any other digital asset on Ethereum, as well as non-node-operating stakers, you do not need to do anything with your funds or wallet before The Merge.”

The Merge can compare to swapping the engine of a running car with another without it turning off. Ethereum promises its users that throughout the process their assets won’t be affected.

What happens to proof-of-work miners after the Merge?

Miners will no longer be able to mine Ethereum after the Merge. A fork might occur so that the ETH miners could continue a distinct Proof of Work chain. But so far no announcements have been released concerning this topic. Miners can benefit by either selling their equipment or using them for other projects that require computing power and would reward in crypto coins.

Can I become an Ethereum validator or staker?

To become an Ethereum validator, all you need is to stake 32 ETH and have a computer that is connected to the internet around the clock. Pooled staking exists for those who do not have or do not feel comfortable staking 32 ETH. ERC-20 liquidity tokens can be bought and staked instead. This is known as “liquid staking”.

Another option for those who do not feel comfortable holding ETH in their own wallets would be centralized exchanges. They allow users to earn some yield with minimal oversight. The downfall of such exchanges is that they could create a large centralized target and point of failure, leading to the network getting vulnerable to attacks or bugs.

Those who stake their ETH before the Merge won’t be able to withdraw staked ETH directly. The Shanghai upgrade will enable stake withdrawals.

Even though Ethereum Foundation says so on its official website, the Merge will not directly increase Ethereum’s scalability. The number of transactions processed within one second (TPS) on ETH continues to follow its monthly average after the Merge.

However, it will pave the way for future updates to do so. It is worth noting that this will come out as a result of switching to PoS and not because of the Merge. Ethereum’s current scalability is measured at around 15 transactions/ second. However, The promising PoS may up that to thousands of transactions per second.

Will Ethereum transaction speeds increase after the Merge?

The average time for a PoW to verify a transaction is 13 seconds. Following the Merge, the time for verifying a transaction will be divided into fixed duration slots of 12 seconds. Generally, the average block time will be higher than 12 seconds, but lower than 13 seconds. In other words, there will be a slight decrease in time for transaction confirmations that will boost the throughput of transactions over time. It was mentioned that it will have no impact on the price of gas fees.

How will The Merge change Ethereum’s tokenomics?

To ensure that no fraudulent transactions go through, the PoS will implement a mechanism called slashing that punished dishonest validators by attaining a part of their staked ETH.

One of the more interesting concepts in ETH 2.0 is sharding. A chain will be divided into 64 chains or shards. Each Ethereum node will only have to run one shard, which means that users would only need to store a small subset of data making it easier to run a node without having powerful hardware.

Docking is the process of adding Ethereum’s chain (execution layer) to the Eth 2 chain (consensus layer) in order to switch to the Proof of Stake mechanism.

Did Ethereum go up after the Merge?

There are numerous speculations as to what will happen to Ethereum’s price in the following period after the Merge. Following the Merge, Ethereum’s price was rather flat reaching a maximum of 1640 USD. Centralized exchanges witnessed an influx of 1.2 billion dollars worth of ETH, which triggered fears of a price drop. To this moment, Ethereum hasn’t witnessed a hard drop.

The number of Ethereum tokens issued may drop by 90% in the future. This will make Ethereum deflationary, which means that it will slowly decrease the total supply of Ethereum over time, leading to prices increasing as demand rises or stays the same. The future price of Ethereum largely depends on the combination of these issues. The more coins the validator stakes, the more rewards they can earn.

This fact in addition to the new deflationary nature of the Merge will lower Ethereum’s supply. Furthermore, the price might increase due to a greater institutional demand for Ethereum. Investors should take their time and do their research before investing in cryptocurrencies. They should understand the risk of investing in something this volatile, and must only invest what they can afford to lose.

Will the Ethereum Merge affect other tokens?

Following the successful implementation of The Merge, the biggest impact will naturally be felt by Ethereum itself. Experts say that the Merge won’t directly have an impact on Bitcoin’s price. However, several miners are expected to venture to other crypto coins as they become obsolete in Ethereum. This might create a positive impact on the prices of those coins. We can also expect other coins to consider switching to PoS if it proves to be as successful as predicted.

Numerous miners might benefit from using their equipment in other fields such as creating 3d images since the trading supply of other coins combined only reaches 4 billion dollars and so it cannot in any way comprehend the gigantic amount of computing power that the miners have to offer.

What comes after The Merge?

A series of other updates will later follow The Merge. The upgrades are the surge, verge, purge, and splurge. The Shanghai upgrade will be included in the surge and will allow stakers to withdraw staked ETH. It will also implement sharding, which is the mechanism expected to improve scalability by distributing the burden of processing and handling large amounts of data over an entire network. The surge is expected to be implemented 6 to 12 months from now. The verge will give users the ability to become network validators without the need to store a great amount of data, certifying the way towards more decentralization. The purge is the closest to the docking mechanism in which old network history is removed, and the splurge refers to adjusting and modifying its preceded steps.

While The Merge has been the most anticipated event in the crypto world, it is surely not the only one. Ethereum promises its users plenty of other upcoming updates that will further contribute to making Ethereum a safer and more resilient network.