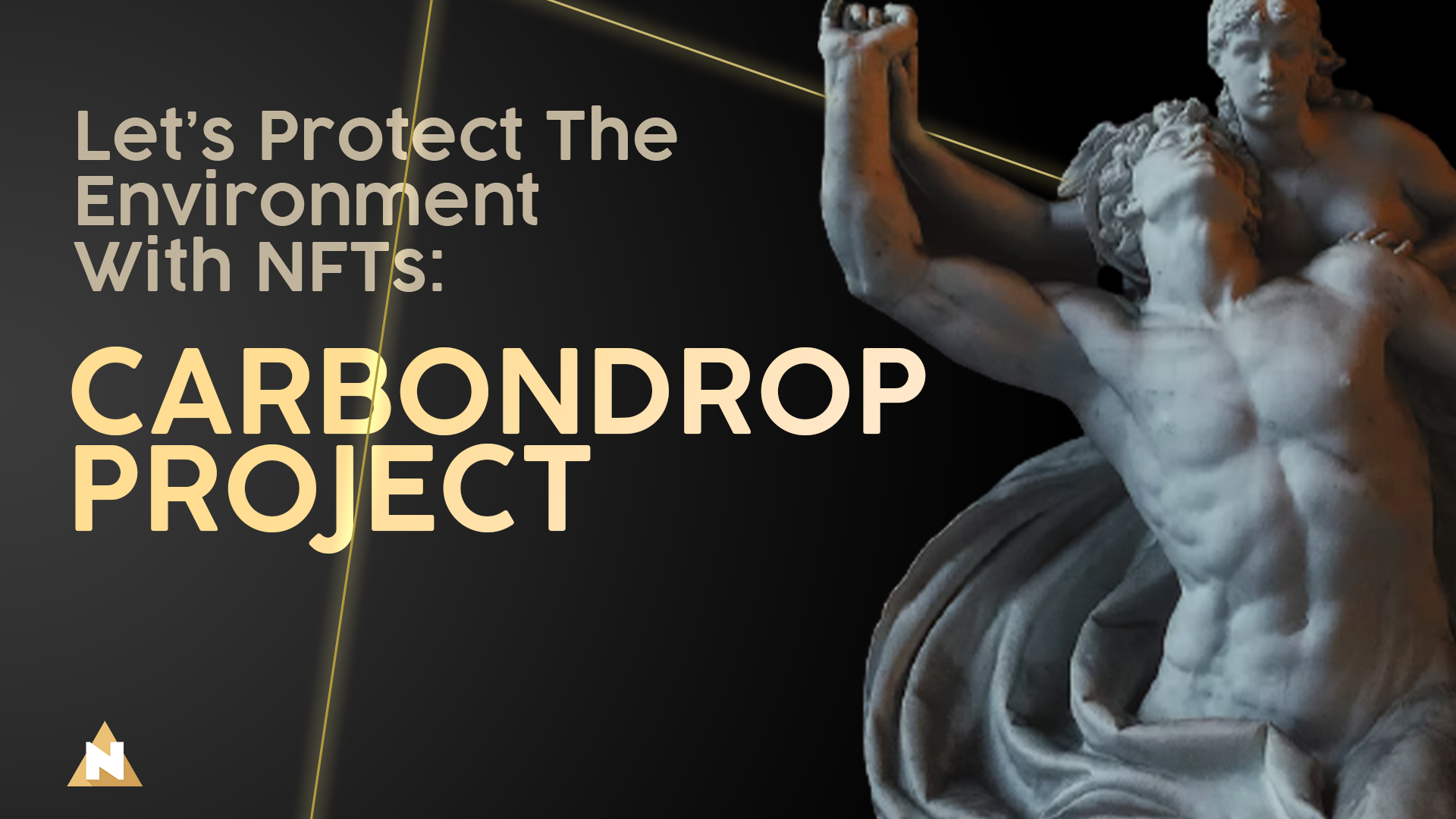 Social Alpha Foundation, which is a non-profit grant-making organization providing funding to people and projects by using blockchain technology for social welfare, presented a unique NFT collection. In the collection, there are carbon net-negative nifties from eight talented digital artists, and this artwork is derived from the current situation of Earth and the climate crisis. The project is called CarbonDrop, and it is gathering nongovernmental organizations, individuals, platforms, and companies together against climate change.

CarbonDrop Project was hosted by Nifty Gateway, which is a marketplace of nifties, and supported by RNDR, which is a distributed GPU rendering network built on top of the Ethereum blockchain. All earnings from the project went to Open Earth Foundation that is an organization working for the improved management of Earth.

The auction started March 20 and finished March 22, 2021, but you should not be sad about the finishing of the first CarbonDrop Project because there will be a lot of projects involving environmentally friendly NFTs. CarbonDrop Project consisted of eight valuable NFTs from Beeple, Refik Anadol, Sara Ludy, Andres Reisinger, Kyle Gordon, FVCKRENDER, GMUNK, and Mieke Marple. Let’s learn about these amazing digital artists and their carbon net-negative nifties!

Micheal Joseph Winkelmann is an American digital artist, graphic designer, and animator that is known as Beeple or Beeple Crap. He designs NFTs which are about political and social issues. Also, his NFTs involve funniness and some pop culture figures. We can say that Beeple makes his name with his famous digital artwork called ‘Everdays: The First 5000 Days. The art is involving lots of pictures, so it is a collage in JPEG format. For CarbonDrop Project, Beeple presented a video called ‘Everdays Ocean Front’, and the NFT was sold for $6M. In the artwork, we encounter some laundry, vehicles, birds, the ocean, and clouds. These items overlapped, and the artist noted that ‘’Together we can solve this.’’ for the NFT.

Refik Anadol is a Turkish media artist and director. He is embedding media arts into architecture with data, and he is using machine intelligence for public art. For CarbonDrop Project, Refik Anadol presented an NFT as a video called ‘Machine Hallucination: Last Memory’. In the digital artwork, we can see amazing nature pictures on a sea, so the NFT reminds the importance and beauty of our planet. The NFT is a data sculpture presenting natural wonders as hallucinations. Therefore, we can think and answer the question that is ‘’How would you engage with an image if you knew that it was the last memory of a place that has filled your heart with peace for many years?’’. Refik Anadol fictionalized the danger of being left only with the memories of nature in his digital artwork.

Sara Ludy is an American artist who is dealing with sculptures, videos, sounds, photographs, animations, and so on. She presented a video snapshot as an NFT for CarbonDrop Project. In her NFT, we encounter a peacock near a sea called ‘Fire Beach’, and the beach is from Second Life that is a collectively built online metaverse where one can embody a virtual life as an avatar. Sara Ludy says that she took a virtual trip and made a series called ‘Beaches’, and ‘Fire Beach’ is one part of the series. Moreover, she indicated that there is a peacock in digital art because she loves birds. With her NFT and words, she highlights the negative effects of the global climate crisis on Earth. She says that my feelings on climate change are the combination of bad words, anxiety, mourning, and dread.

Andres Reisinger is an Argentinean digital artist, founder, director, and designer. He generally creates dreamlike places in his artwork. For CarbonDrop Project, he presented the NFT called ‘Bury’, and we counter purple flowers, shrubs, and blue sky in his digital art. The NFT is reverse, so individuals can reach a conclusion about global climate change by Reisinger’s Bury.

Kyle Gordon is a multidisciplinary artist, creative director, and experiential designer. He generally utilizes his love of music, organic patterns, contemporary art, life adventures, anime, and community when he is creating his artwork. For CarbonDrop Project, we encounter the NFT called ‘Izanami’ of Kyle Gordon, and the NFT is based on a Japanese Goddess. In this artwork, there is the embodiment of darkness on the left side while the right side involves the light. The center of the NFT indicates the balance between these two sides. Kyle Gordon says that we have similar characteristics with Izanami, especially toward Earth.

FVCKRENDER is a futuristic tech-digital artist, and he utilizes sharp architectural geometry for his artwork. For CarbonDrop Project, FVCKRENDER presented a NFT called ‘ALIGNED//’ involving a hand with a rose. In addition, there are other details, like a backwater and a star-like light on the rose. The artist says that alignment is the power of the community towards making NFTs sustainable, and it is covering all choices and actions.

GMUNK is a digital artist and director. He utilizes a fusion of psychedelic themes and richly textured palettes for his digital artwork. For CarbonDrop Project, GMUNK presented a NFT called ‘Chronos Ethero’. For the digital art, he says that The Ether is perfection; a beautiful storm if left to exist in its natural state. We encounter our planet, light, and dust in his digital art.

Mieke Marple is an artist, writer, and activist. For CarbonDrop Project, she created the NFT called ‘Two Of Swords’, and the NFT includes two swords with a rose at the junction point of the swords. The digital artwork is based on a Tarot card which is the card of choices. Mieke Marple says that the Tarot card is perfectly fitting with the current situation of Earth because people are found in a critical time to choose Earth. We should understand that we have only one Earth, so we must choose the correct options about our planet.