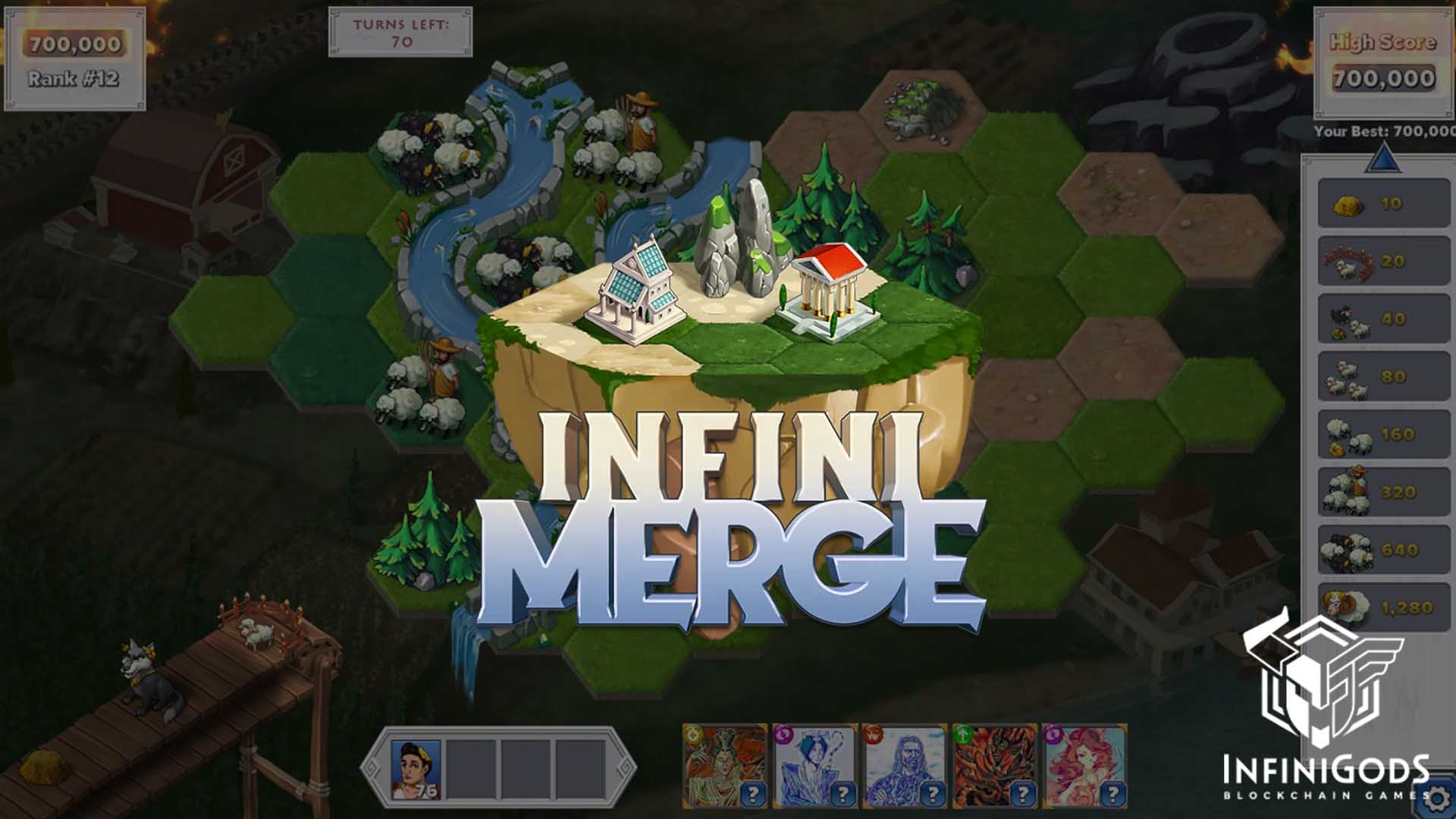 InfiniGods, a Web3 gaming studio founded by experienced industry professionals, has announced the public launch of InfiniMerge, a free-to-play merge game set in an ancient Greek landscape. The game, the first release from InfiniGods, was launched last year with $9 million in seed funding from investors, such as Pantera Capital, Framework Ventures, and Animoca Brands.

Since coming out of beta, InfiniMerge has attracted more than 1,000 players and has seen an impressive retention rate of 40% on day one and 10% on day seven. The InfiniGods team has observed much higher retention rates than similar puzzle games, with NFT holders, in particular, playing more often than non-NFT holders.

InfiniMerge is a new take on casual puzzle games, such as Candy Crush, Triple Town, and City Block. The game offers players new levels inspired by the legends and characters of ancient Greek mythology.

The co-founder and CEO of InfiniGods, Damon Gura, stated:

“Merge games are popular for their simple mechanics and straightforward progression, and InfiniMerge combines all this with Web3 elements like digital collectibles and play-to-own rewards. We believe that Web3 gaming will only reach its potential if games are fun and accessible, and that’s the objective we’ve sought to achieve with InfiniMerge.”

Early metrics show that gamers who participated in InfiniGods’ recent Elder Gods NFT drop have a higher return rate than non-NFT holders. These players have used their ‘God Powers’ more than 2,000 times in two weeks in the InfiniMerge universe, with usage increasing over time as more players understand the in-game value of digital collectibles. Players can also generate their own in-game power-ups (followers), and either use them for their gameplay or trade them with other players. This in-game, player-driven economy has already seen over 100 NFTs minted and sold in the first two weeks as players either play to earn or play for fun.

To further engage a diverse audience of Web3 gamers, InfiniGods recently introduced Community Merge, selecting one popular project per calendar quarter to be developed as an interactive, playable experience on InfiniMerge by leveraging their existing assets. Its first playable Community Merge level is called Wolf Game.

InfiniGods develops fun, free-to-play Web3 games centered around ancient mythologies and civilizations. The company’s mission is to make Web3 gaming accessible and enjoyable for everyone while allowing people to own their in-game assets and boosting the player-owned economy. InfiniMerge is available on desktop with full mobile support coming later this year.