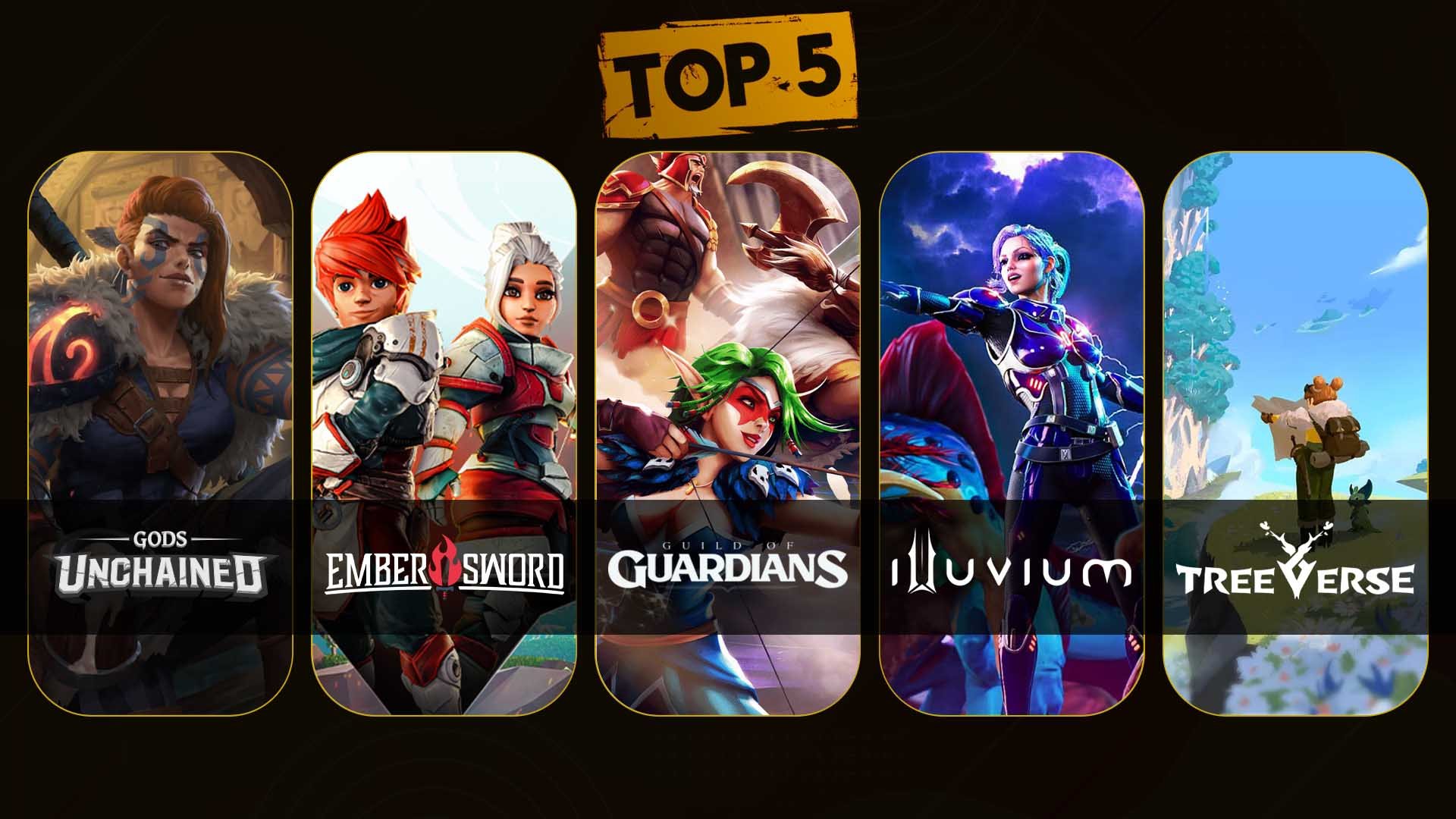 Right now, the gaming space is certainly not where it started. Significant changes occurred, and players can now play certain games that enable them to own in-game collectibles. Thanks to the influence of Web3, gamers can earn money in the form of NFTs and crypto. Billions of dollars have been invested into Web3 gaming, which has raised some questions about which games should be tried out. These are the top 5 Web3 games to check out in 2023:

Illuvium is a role-playing, collection game built on Immutable X. The game is set in an alien universe. As survivors of a spaceship crash, players must navigate this foreign land, tackling creatures on their way, and locating obelisks.

Based on Ethereum, Gods Unchained is a free-to-play card game that is one of the most popular P2E games in the industry. There are about 13,000,000 Gods Unchained NFTs which belong to 65,000 distinct holders. The tactical NFT card game was released in March 2021, and players have exchanged over $25 million in digital assets. To earn money, players must mint cards and other in-game collectibles.

Here is another game built on the Ethereum network. EmberSword is set in a world of nations and a dystopian moon. The game has a native token called Ember, an ERC-20 token that can be used by players to purchase virtual land and other digital assets within the game. Players can opt to either play the free version of EmberSword or play it with play-pay-earn options. Right now, interested people can pre-register for the game. Those who become landowners early enough will be granted the opportunity to be game testers for the alpha version of the game.

Founded in 2020, Guild of Guardians is a role-playing game that many Web3 gamers are anticipating. You can judge this by gauging the amount of positive response the pre-alpha demo version of the game received. Currently, about 400,000 players have shown interest in the game by signing up for its pre-registration list. On its way to becoming the most valued RPG known to mankind, GoG has sold $20 million worth of non-fungible tokens. Its mission is to become a game players can enjoy while earning money.

Treeverse is an MMORPG that emphasizes the importance of teamwork and socializing while playing a game. The mobile-friendly gaming application has two native tokens: an in-game utility token (ROOT) and a governance token (SEED). Treeverse players take off from Elderwall and carry out various quests, tasks, and many other exciting missions.

This top five Web3 games you should definitely explore this year. Watch out for some exciting updates and additions coming to Web3 gaming.