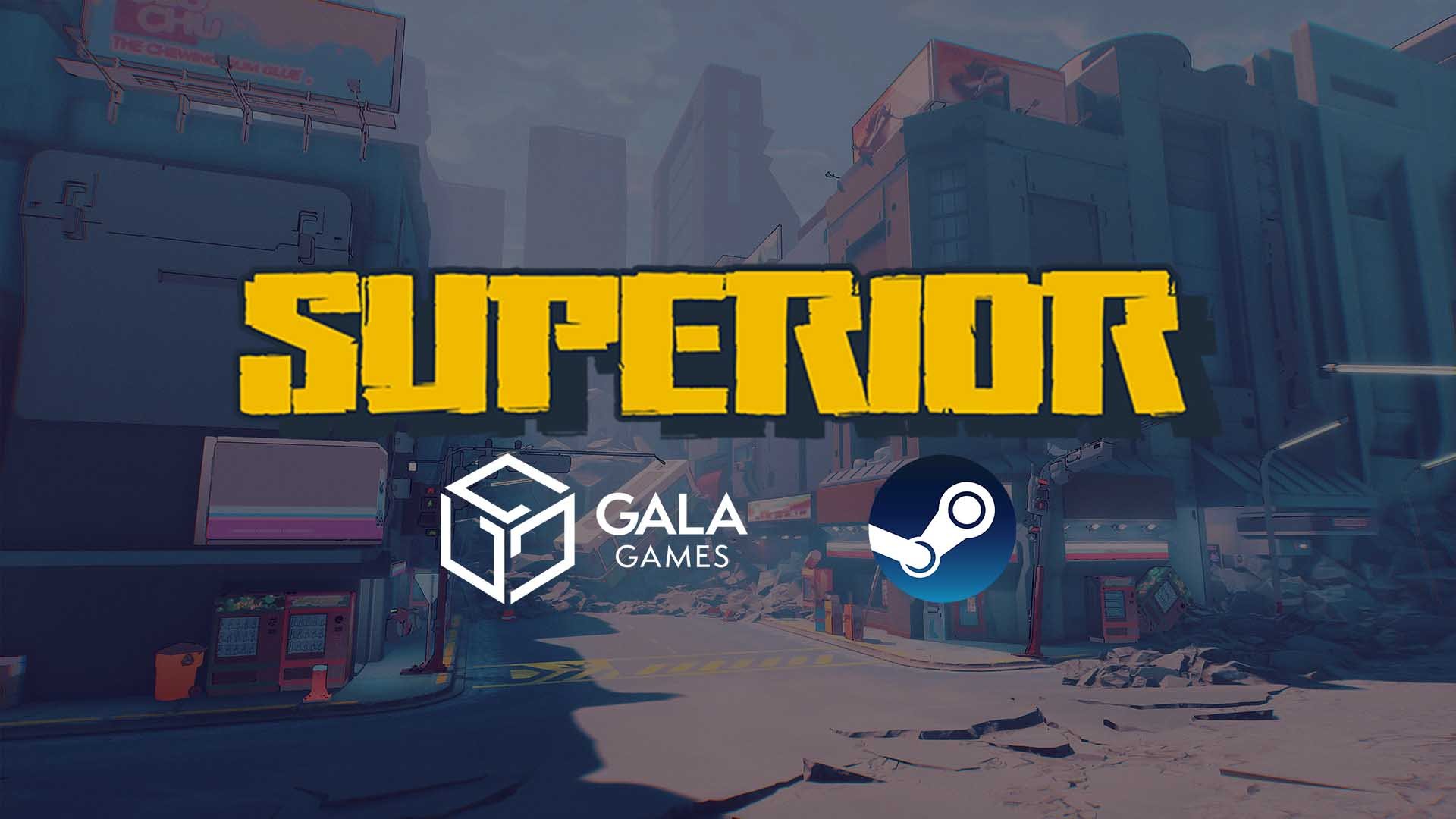 When the first blockchain games emerged and were put on Steam, they were all banned from the platform eventually. Gabe Newell, CEO of Valve, which is the mother company of Steam, stated that even though the blockchain technology is promising, the actors that use it are fraudulent by saying:

“You have to separate the underlying technology versus which actors are utilizing that technology, …Another thing was that the vast majority of those transactions, for whatever reason, were fraudulent, where people were repudiating transactions or using illegal sources of funds and things like that. And that’s just out of control, right? You want that number, realistically, in a couple of percents, not half of all transactions turning out to be fraudulent transactions.”

A year later, Gala Games, a massive platform for real blockchain games, is preparing to launch one of the games within its platform.

Being developed by Drifter, Superior is a co-op, roguelite, third-person shooter blockchain game that will be one the first blockchain games launched on Steam since the ban.

In the lore of the game, all the superheroes have turned into evil abominations, so players are set to hunt the evil superheroes down, steal their powers and take on ever tougher challenges in every play session where they start unpowered and outgunned.

Why did Steam ban previous games in the first place?

In the beginning, Steam wasn’t all against blockchain games, they even accepted cryptocurrencies as payments for those games, but due to high inflation at the rates, it backlashed among the gamers. When Gabe Newell said:

“At one point Steam was accepting cryptocurrencies for payments. And it turned out that it just made customers super mad. There was the issue of volatility. Volatility is a bad thing in a medium of exchange.”

Clearly, neither Steam’s policies nor gamers were ready to accept web3 technology for the games. Moreover, even the blockchain game projects were flawed in design which made most of them no more than a possible fraud.

Was it possible for Steam to comb out fraudulent games from the potentially good ones, so players could have still reached them via Steam? Well, the answer to that question doesn’t matter now, but even if it was possible, Steam wouldn’t do that.

The reason behind it is that most NFT items could be bought and sold external to Steam’s marketplace and it meant Steam couldn’t either control or gain a fee from any transaction. Not being able to control NFTs like generic virtual items in Steam’s marketplace was a big problem, not only for Steam but other big corporations, like Apple.

What changed in a year, then? After the NFT market crash, most fraudulent projects and their creators withered away from the blockchain ecosystem. Only then, those who really want to use blockchain technology in their games to give the gaming industry an edge shined.

With the help of heavy guns from the gaming industry, whether by advising or investing, these new blockchain games are ready to meet gamers as real games.