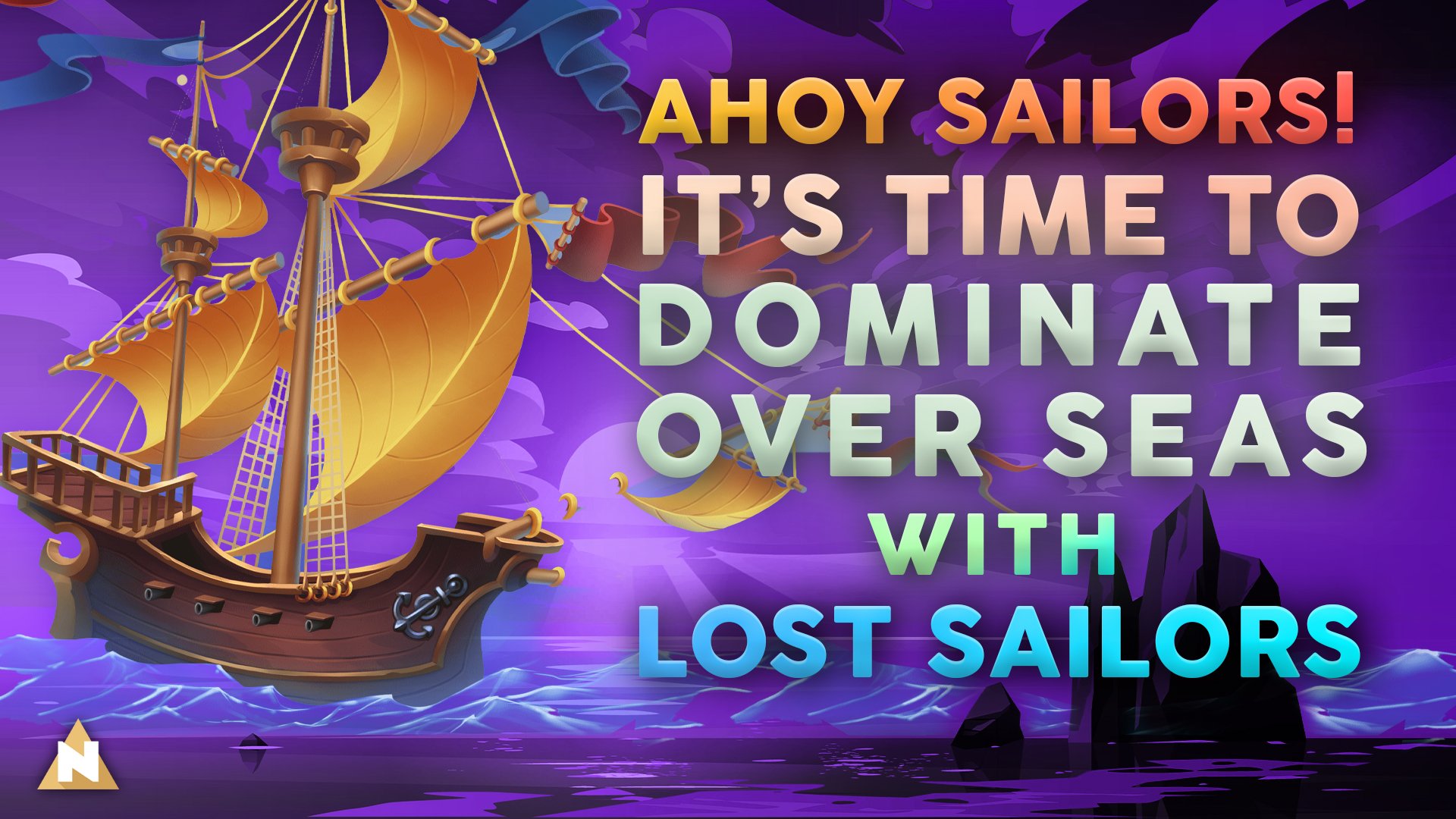 If you love viewing and traveling open seas, you are in the right place now! In this context, we will explain Lost Sailors that is an NFT-based game about seas and mention the details of the amazing game.

What is Lost Sailors?

Lost Sailors is an NFT-based play-to-earn game that was created in the WAX blockchain, and its theme depends on historical famous explorers and pirates. In the game, there are 4 different captains, and 2 of them are pirates or warriors while the other two captains are explorers or travelers. Also, you can reach 4 different ships belonging to these captains in the game. You should attack and discover continents providing different gains in proportion to their distance in order to gain NFT, XP, and tokens.

The game has 2 stages called PvE and PvP. Firstly, the game will be available as PvE, and then, PvP version of the game will be released. The release will come when players strengthen their captains and ships, and a limited number of players have their own land.

Three different NFTs, called ships, captains, and in-game supplies, will be found in the game.

There are 4 different ships with 5 different rarities, and you can get the next rarity by combining 4 same rarity cards. You can see the sequence of the ships in terms of their sizes below:

Although you should combine 4 same rarity cards to reach the next rarity, Galleon has a different circumstance. For reaching Galleon, you must combine an Escudo Coin and 4 Carracks, and we mentioned Escudo Coin in the next paragraphs.

Like ship NFTs, there are 4 different captains with 5 different rarities, and the NFTs have the same system with the combining system of ship NFTs. The details about captain cards will be announced before their release.

Lastly, there are in-game supply NFTs that will supply food, sail, cannonball, and rudder to players, and the supplies will be used when a player will attack or reconnaissance in the game. You will reach the supplies via the in-game market that is mentioned below.

*In addition to these NFTs, individuals will sell the continents that will be divided into parcels in the future; parcel owners will be able to receive 10 % commission from each attack.

Escudo Coin is a valuable coin that is very important in the game. Players should have at least one Escudo Coin to be Whitelist. Also, as we mentioned above, you can reach Galleon that is the fourth level ship by combining one Escudo Coin and 4 same ship cards.

We should also talk about Gold Coin in the game. The coin, that can come out of the boxes with very low chances, gives its owner a ‘Ship Port’. In the future, Ship Port owners will be able to earn commissions.

The in-game market will be one of the biggest burn mechanisms in the game. Players will buy items from here to add additional features to their ships and captains. In addition, Ship Port owners will need to purchase port supplies to continue their earnings and operation. These sales will be made with the coin of the game. Furthermore, some of the items in the market will be sold under the names of the partners of Lost Sailors. The stock of the items will be determined by the partners, and they will receive 25 % commission.

How does the game work?

Players will start the first version of the game with one ship, one captain, and three stocks of supply and food. Each player will start the game at a certain point on the map, and they will choose the area on the map they want to attack. Time and gain will be calculated according to the distance from the area they chose, and each attack will give players gain. On the other hand, you should know that region-specific food stock is required for attacks in the game.

There are 3 different treasure chests called Coffer I, Coffer II, and Coffer III in the game. Coffer I has 6 cards while Coffer II has 10 cards, and Coffer III consists of 15 cards and 1 Escudo Coin. Also, Coffer III does not include first-level ship. There is a specific rate of Gold Coins coming out from each coffer. The sale of the coffers is on January 11th, so you should note the date for getting these coffers. Also, we suggest that you should check https://www.lostsailors.cards/ to be informed about the card chances and the advantages of each coffer.