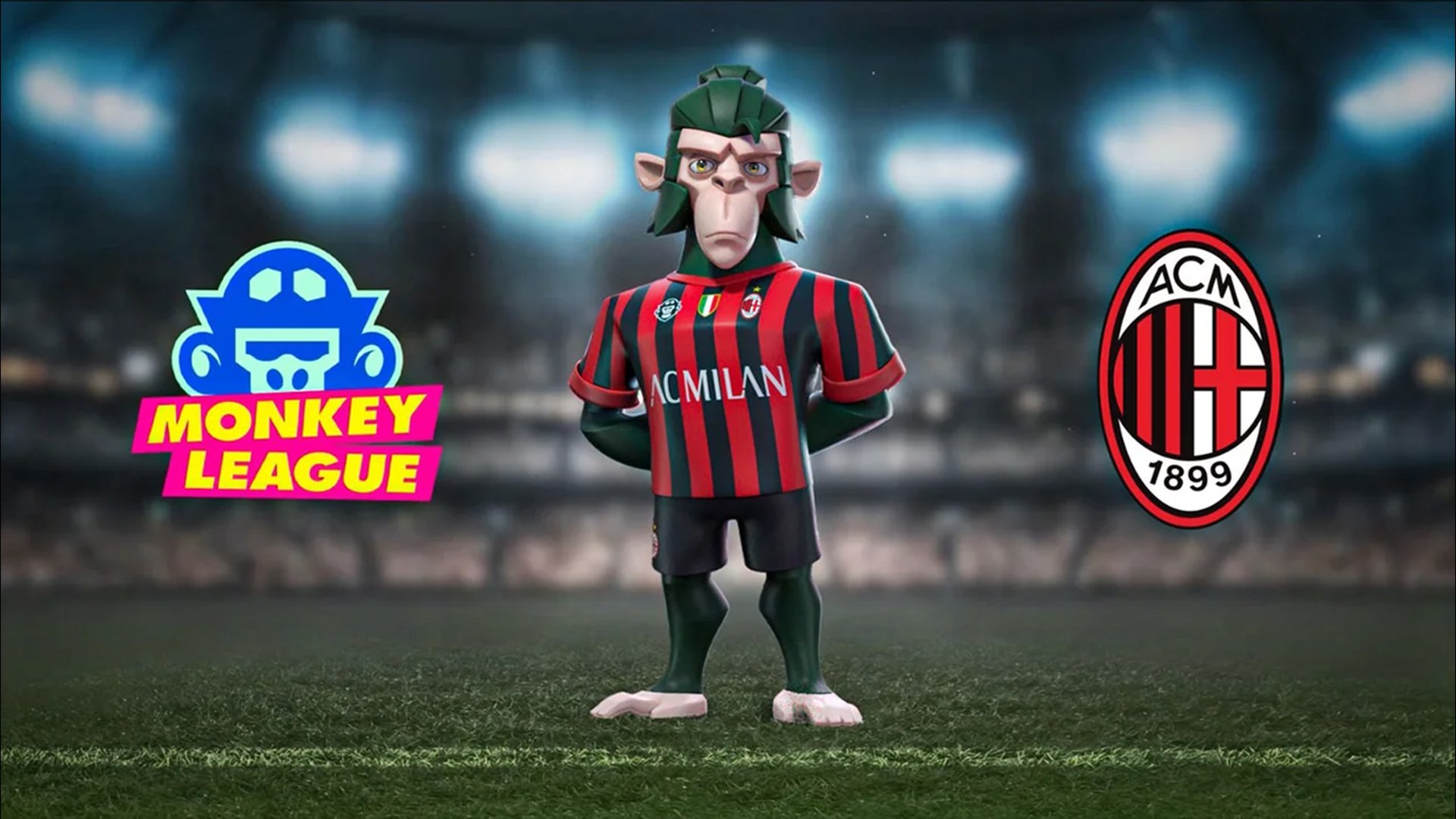 The two iconic brands have today announced a partnership that will see the creation of official Milan NFTs and e-sport tournaments. This partnership is a landmark deal for both organizations and signals a new era of digital entertainment.

MonkeyLeague is a football game in which you construct and manage your fantasy team of at least six MonkeyPlayer NFTs (striker, midfielder, defender, and goalkeeper), compete against real people, and rise through the ranks. The game’s economy is built around an in-game currency known as MonkeyBucks ($MBS) and in-game assets that retain value both within and outside of the game.

The partnership will create exclusive Milan NFTs used in MonkeyLeague matches. These NFTs will be available through various channels, including the Milan Club App and the MonkeyLeague website. In addition, the two organizations will collaborate on a series of e-sport tournaments featuring teams of professional MonkeyLeague.

The partnership consists of not only the creation of Rossoneri-branded NFT game assets but also wearables and special tournaments. Co-marketing events shall be held as well to increase player engagement. Other intriguing initiatives are being planned, too, such as getting club players to playtest the game before release.

The Italian Champions will collaborate with MonkeyLeague to release a new set of branded AC Milan NFT game assets, including new MonkeyPlayers, skins, and stadiums. On October 6th, the first and more unique batch of NFTs will be sold on MagicEden, with the most desirable AC Milan MonkeyPlayers going to the highest bidders. Physical AC Milan jerseys signed by the entire Club will be included with some of the highly sought-after AC Milan MonkeyPlayers up for sale.

“We are pleased to begin this collaboration with MonkeyLeague, which allows us to enhance our position in digital innovation. We are especially delighted to be the first football club to collaborate with MonkeyLeague, allowing our fans around the world access to this game and giving them a unique chance to interact with their favorite team.” Casper Stylsvig, CEO of AC Milan, added:

“MonkeyLeague is a collaboration that lets us strengthen our presence in the field of digital innovation. We’re especially proud that we were able to bring this game to our supporters all over the world and offer them a new innovative method of interacting with their favorite team.”