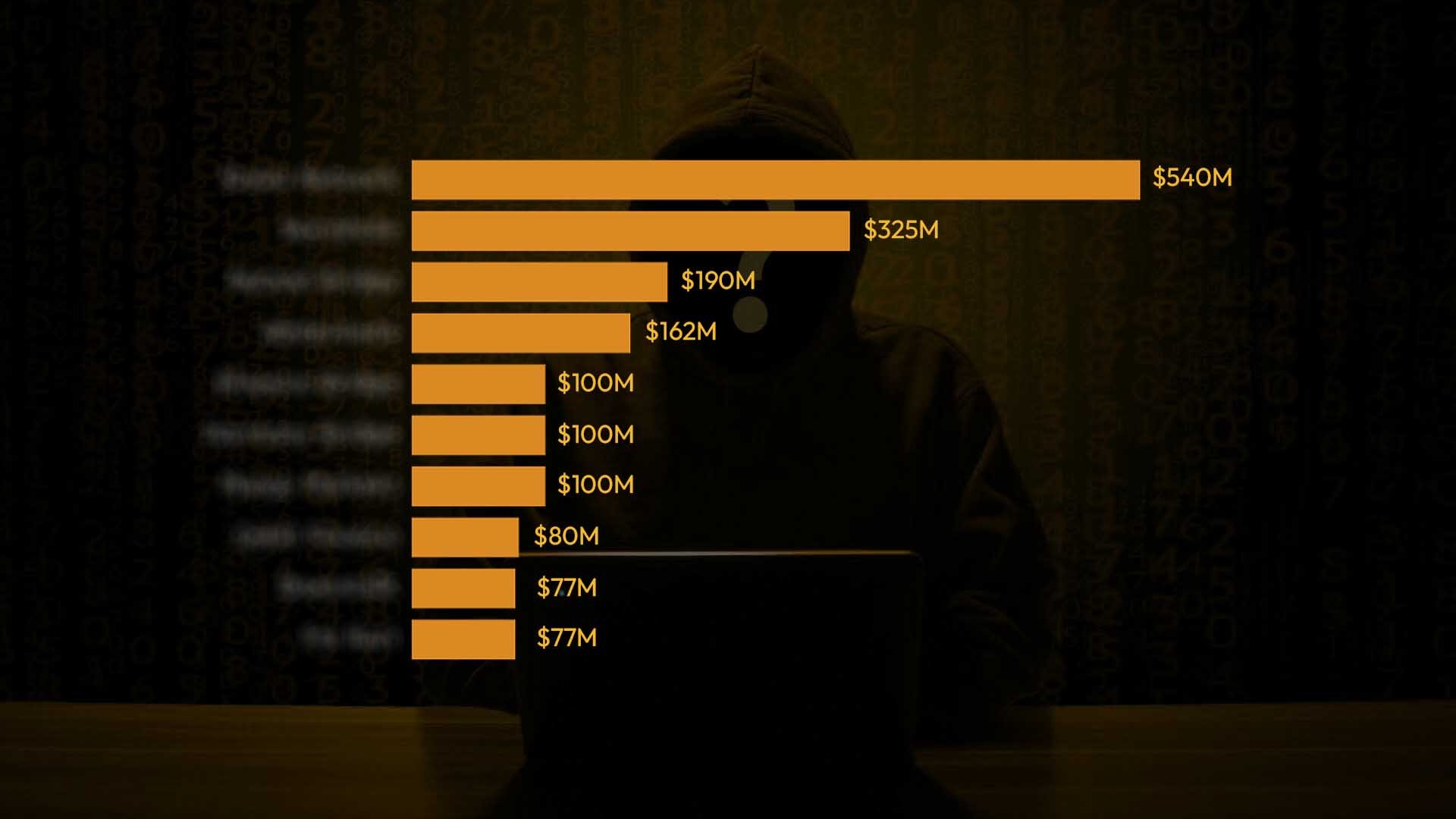 This year, an accumulation of $3 billion worth of cryptocurrency has been stolen, setting 2022 on track to out shadow the $3.2 billion stolen in 2021. The start of the year witnessed a lot of activity, with criminals stealing nearly $1.7 billion from DeFi in the first five months.

The latest hacks have targetted different DeFi protocols, stealing more than $718 million. The largest of which was the $325 million Wormhole bridge exploit, Axie Infinity’s Ronin bridge exploit of $625 million, the attack on Solana DeFi trading platform Mango Markets, the exploit on the BNB network of over $100 million, as well as QAN platform, TempleDAO, and many others.

“Cross-chain bridges remain a major target for hackers,” Chainalysis tweeted, “with three bridges breached this month and nearly $600 million stolen, accounting for 82% of losses this month and 64% of losses all year.”

According to blockchain analytics firm Chainalysis, $718 million has now been stolen across 11 different DeFi protocols following the reports of four new exploits on Tuesday. The analytics came only two weeks into October, which has made it the biggest month for hacking exploits this year.

The Ethereum wallet service Rabby Wallet was also exploited on the 11th of October with more than $200 thousand getting drained from their coin’s value. The company was able to narrow down the hackers into 3 suspects and established an insurance fund for its users to claim their investments.

“While not foolproof, a valuable first step towards addressing security issues is for extremely rigorous code audits to become the gold standard, both for developers building protocols and investors evaluating them.”

Chainalysis observes that hacking has frequently been state-sponsored, as earlier this year North Korea is estimated to have stolen approximately $1 billion of crypto from DeFi protocols.