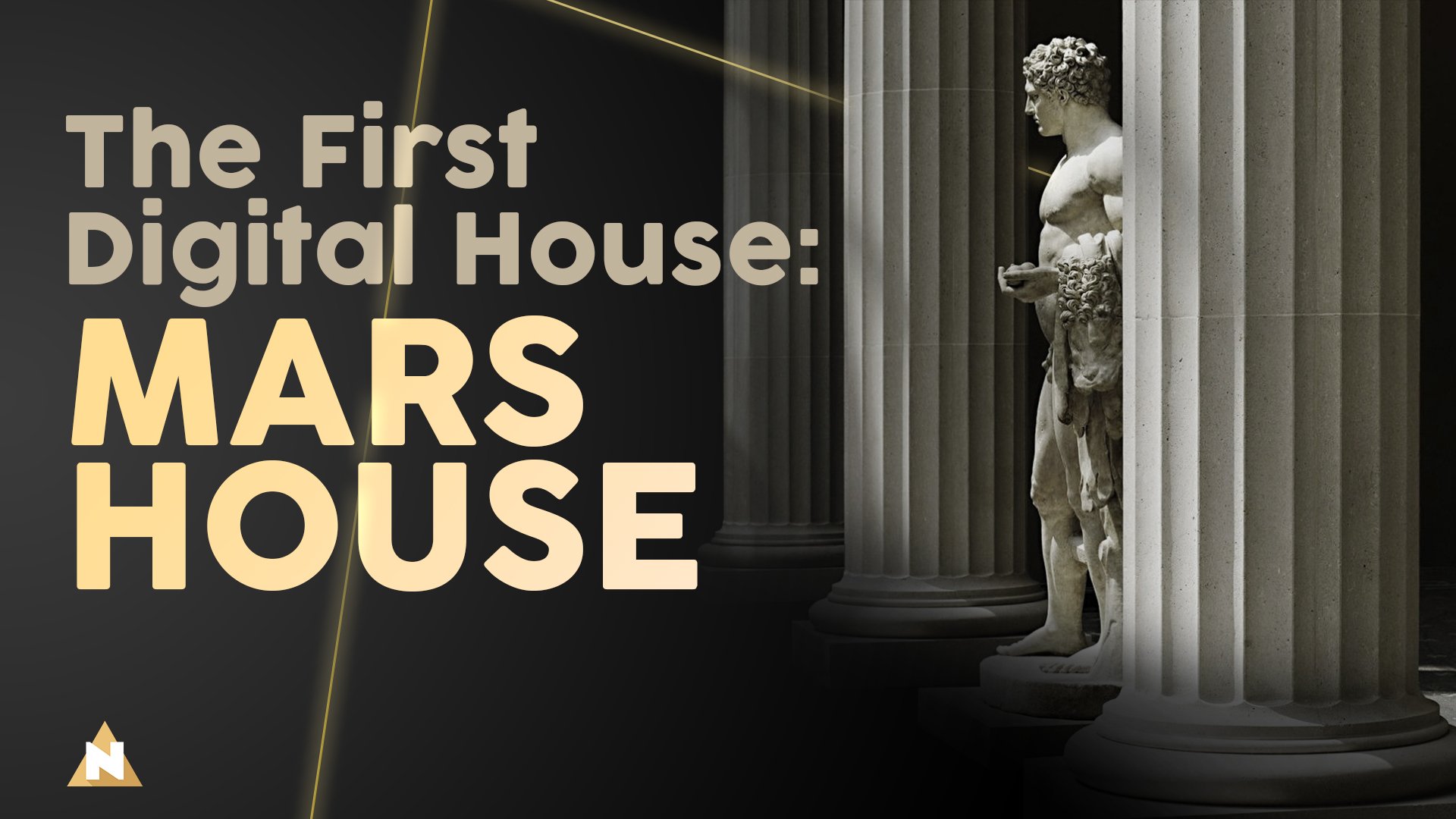 The first digital home called Mars House was sold as an NFT on ETH blockchain. Its value was 288 ETH, so a lot of people were shocked by this price! Before mentioning the details of Mars House, we would like to talk about the designer of the house.

The house is designed by Toronto-based contemporary artist Krista Kim who is the founder of the Techism movement. She always emphasizes the importance of technological innovation in the art field, so she designs interesting artworks with the help of technology. Moreover, she believes in digital humanism, so she invites other artists to the digitalized art area. Also, Kim has a big faith toward Zen philosophy, so she tries to create digital Zen for individuals’ screens. Kim thinks that she can design a reformative atmosphere by digital Zen philosophy during COVID-19 pandemic. In addition to Mars House, Kim designed other precious digital artworks, and you can see them by SuperRare that is a digital art marketplace.

At that point, we would like to mention the features of the amazing digital home. Mars House has a 3D view, and it is found between mountains that are like red planet Mars’ view. People can change the location of the house by using some equipment. For a comfortable analysis, the house was designed transparently. In the house, there are tempered glasses, various furniture, and an infinity pool. Kim says that the house can also be accepted as a sculpture, and it will be built on Mars in the future.

If we talk about the technical details of the house, Krista Kim created the interesting digital house by utilizing virtual and augmented reality. Then, an architect used Unreal Engine, which is used for creating video games, for rendering the house. Finally, NFT lovers encountered the valuable architectural design.

Like the other artworks of Krista Kim, Mars House was also sold on SuperRare, and the design is one of the most expensive NFTs. Most people said that the idea of the digital house is a mania, but Krista Kim says that Mars House is the crypto revolution, not craziness. In addition, she supports the request of living in different conditions and changing, so she says that cryptocurrencies give individuals a chance for the request. In her opinion, NFTs and blockchain will be one of the greatest renaissances in human history.