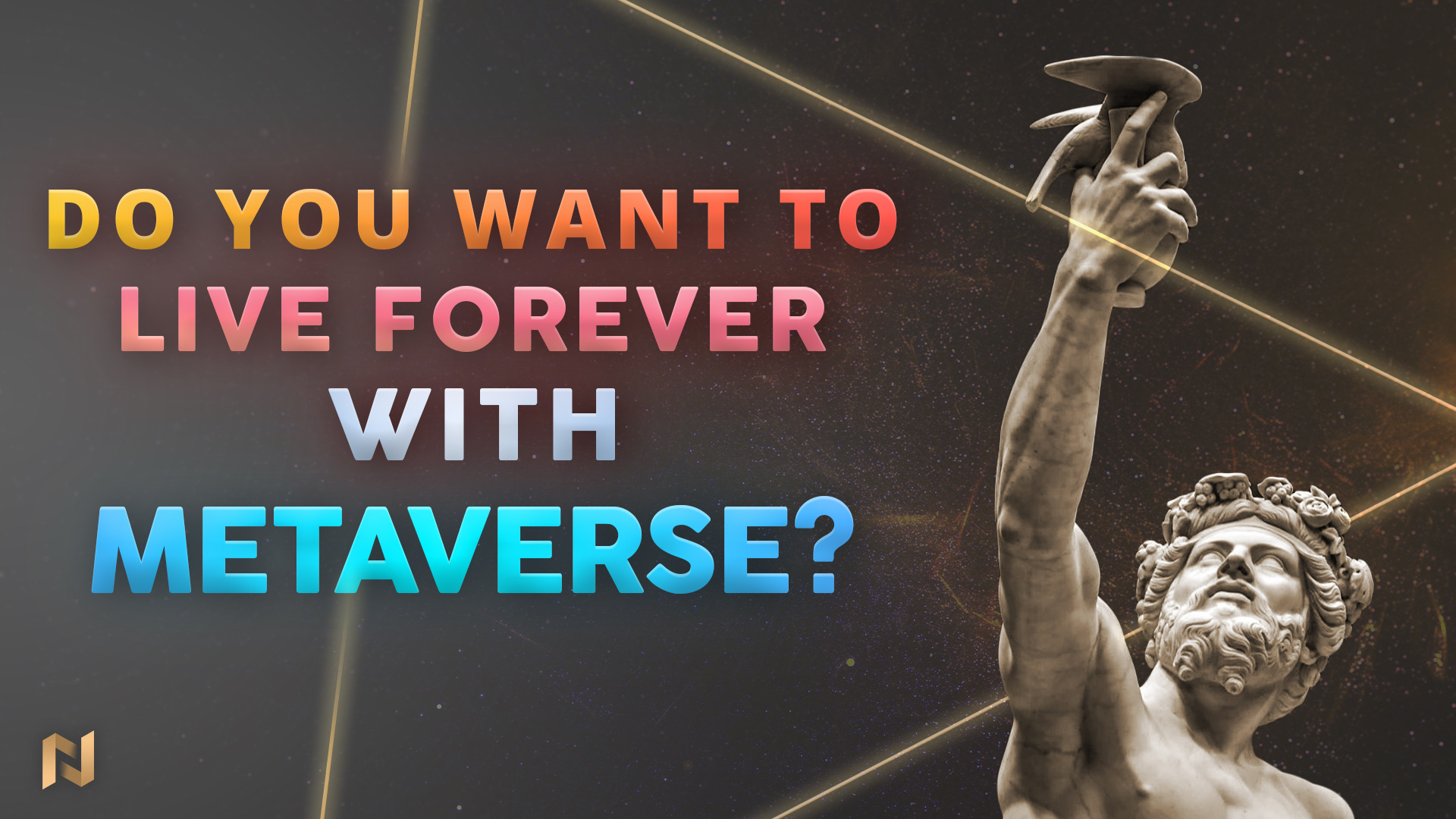 Before mentioning the details of immortality with the help of Metaverse, we would like to express the meaning of Metaverse. In simple words, Metaverse is a virtual reality platform in which people can interact with each other, play games, and deal with other virtual events, like virtual concerts.  In the virtual environment, you can present yourself with the help of NFT-based avatars, and you can show your virtual clothes or other amazing items to other individuals!

As you know, Metaverse is using blockchain technology, and it also utilizes AI. Artificial intelligence is used for creating the proper virtual environment called Metaverse, and individuals can participate in virtual social and economic events with the help of AI. For instance, we can go to virtual concerts or get married virtually in Metaverse, and these examples are supported by AI. If you want to cross the limits of real life, you can believe the power of AI on Metaverse. We mean that you can meet with immortality with the help of the developments in technology! Now, we would like to narrate how can you encounter immortality in Metaverse.

As you know, human beings have consciousness, and the circumstance depends on the functions of the human brain. If the human brain can be analyzed properly for creating a digital consciousness, people can live in Metaverse forever. In this case, scientists and the experts of technology are working together. They created a hypothetical process called mind uploading, and the process can be used for living forever in Metaverse.

According to mind uploading process, the consciousness of human beings can be transformed into a digital format. In other words, people’s consciousness can become a digital consciousness in cyberspace with the help of suitable analysis and steps on the human brain.

The process consists of three steps basically. The first step is reaching necessary information from the human brain, and the step should be done by scientists because the dissection of the brain can be a requirement. Then, in the second step, a proper artificial brain is created with the help of the information from the real human brain. The artificial brain should have a large memory because the memory capacity of the human brain is approximately 2.5 petabytes! You can understand the power of our consciousness and the supremacy of human beings over other living creatures in terms of consciousness by considering the numerical value. After creating an artificial brain with large memory, the last step is encountered. In the last step, the artificial brain is matched with Metaverse, and human consciousness is integrated into the virtual reality platform. With the integration, dead and alive people can live forever in Metaverse because the process of mind uploading builds a bridge between humans’ consciousness and Metaverse. In other words, even when people die, their minds and cerebral functions can continue to exist in Metaverse.

Mind uploading process is an amazing idea, but there is no exact application date for the process because it requires a lot of time, money, technical experts, researchers, scientists, and so on.

Like mind uploading process, there is another hypothetical process called digital immortality for living forever. The notion is also called virtual immortality, and the process is supported by artificial intelligence.

In digital immortality, the first step involves archiving and digitizing human beings while the second step includes making the properties of human beings as an avatar. When people die, the avatars can live without considering their circumstances in real life, so artificial intelligence can make dead people alive in Metaverse. With the help of AI, the avatars of people can be changing, instead of remaining stable. For example, AI can support the learning of avatars, and dead human beings’ consciousness can improve forever after death.

A Concrete Example of Immortality in Metaverse

In addition to these hypothetical processes, we can mention a project called ‘Live Forever’. The project is put forward by Somnium Space that is a virtual reality world on the Ethereum blockchain. The team behind Somnium Space called the idea ‘Live Forever’ because dead people will interact with other individuals in Metaverse although they do not exist in real life anymore.

For ‘Live Forever’ system, Somnium Space started to get data about their users, and the data will be used for keeping the people alive in Metaverse. In other words, the characteristics of the users are recorded by Somnium Space. For instance, the movements and talking styles of individuals are recorded as data, and the data will be used to create the proper avatars for the users. The users’ avatars will continue to exist in Metaverse after the death of the users, so people can live in the virtual reality platform forever.

Where Did the Idea of ‘Live Forever’ Mode Come From?

Artur Sychov who is the founder and CEO of Somnium Space said that his father was diagnosed with cancer five years ago. After the diagnosis, Sychov’s father died, and Sychov started to wonder how his children can connect with their grandfather. Hence, the idea of keeping somebody alive in Metaverse is emerged by the circumstance.

In addition to the situation of Sychov’s father, he wants to create the necessary social contact between people. In other words, he tries to constitute a universe in which individuals can make connections with both alive and dead human beings. Also, he indicated that he created his own data that will be used in ‘Live Forever’ system because he wants to talk with his children when he died.

According to Sychov, ‘Live Forever’ system has a deep meaning, so the system can improve Metaverse and provide the virtual reality universe with more active participants.

There are some ethical and biological concerns about immortality in Metaverse because mind uploading, digital immortality, and the project of Somnium Space require some significant steps on individuals’ characteristics, consciousness, and brain. We hope that these ethical and biological concerns will be solved in the future because we can get the chance to communicate with our loved ones, even if we have died with the help of these processes.