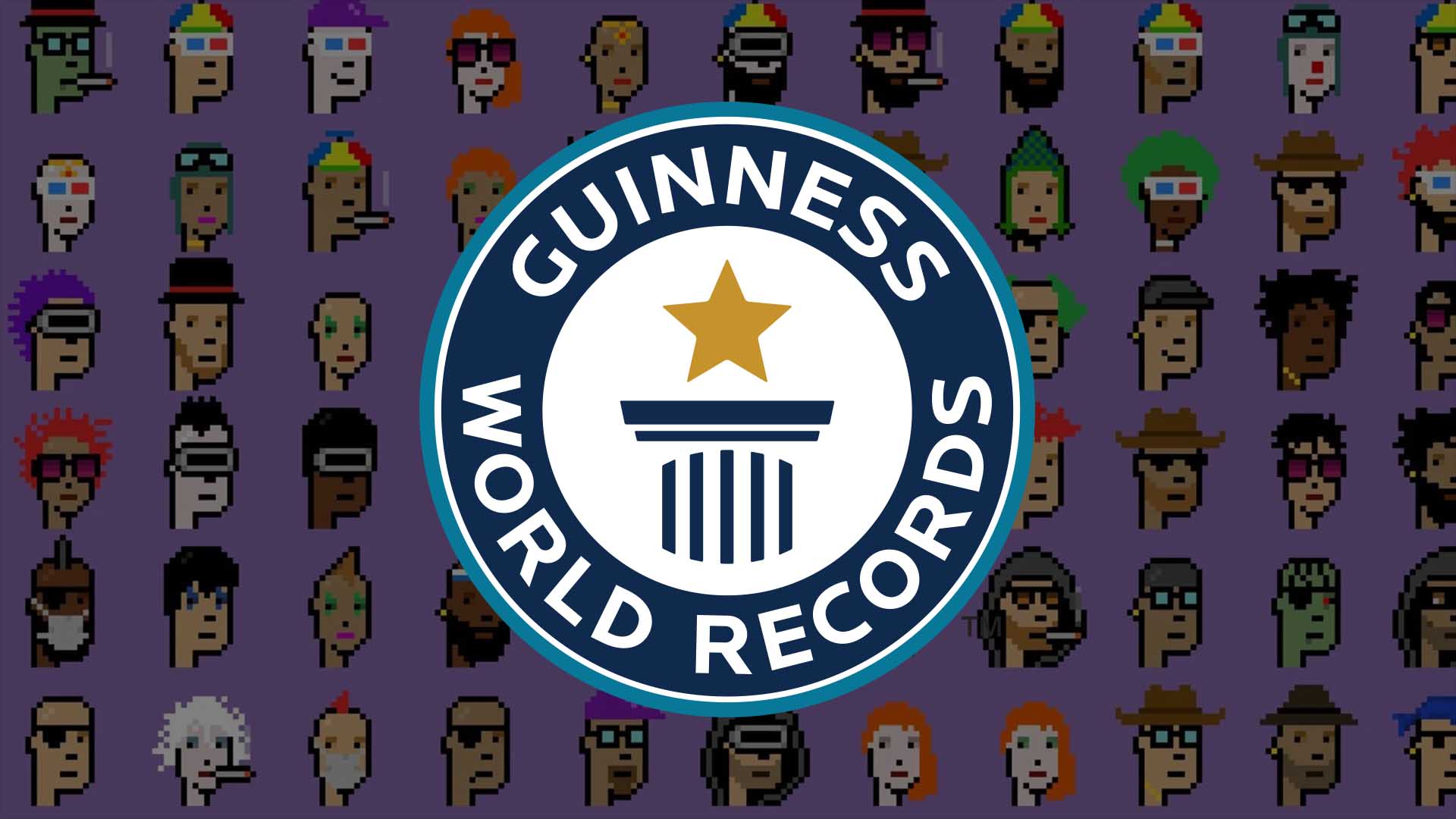 The blockchain industry has been making waves for quite a while. Just recently, an NFT collection has made its way into history books – one of the most recognized of them all and, possibly, the world’s favourite.

An NFT from the CryptoPunks collection has been recognized by the Guinness Book of World Records, as seen in its most recent edition. The world records book has introduced a new segment known as CryptoMania. This segment talks about a couple of jaw-dropping events that the crypto space has witnessed in the past decade, as well as the fundamentals of blockchain. CryptoMania also discusses cryptocurrencies and NFTs, of which CryptoPunks were mentioned. According to the record book, NFTs are “limited-edition sets of artwork built around pre-rendered templates.”

CryptoPunk #5822 currently holds the title for being the most valuable CryptoPunk in the Guinness Book of Records. The NFT was bought by the CEO of Chain, Deepak Thapliya, at a whopping price of 8000 ETH. This was before the NFT space took a big downturn, from which it is struggling to recover.

The NFT is a unique alien CryptoPunk adorned with a blue bandana. With the release of the latest edition of the Guinness Book of World Records, CryptoPunks are now on the same page with some of the greatest records ever known to man.

The CryptoPunk NFT collection is inarguably one of the most popular and most recognized collections in the NFT community. The NFT project is one of the earliest collections built on the Ethereum Blockchain network in 2017. The CryptoPunk collection features 10,000 24 by 24-pixel portraits generated algorithmically. Most CryptoPunks resemble punky-looking guys and ladies and exhibit random traits like donning a hat or smoking.
These NFTs are products of a two-person development team from Larva Labs which made a computer that generates pixelated characters inspired from punk movies and books. The NFTs were quickly acquired after their release into the NFT market. These days, you can only buy a CryptoPunk through a direct sale from its owner.