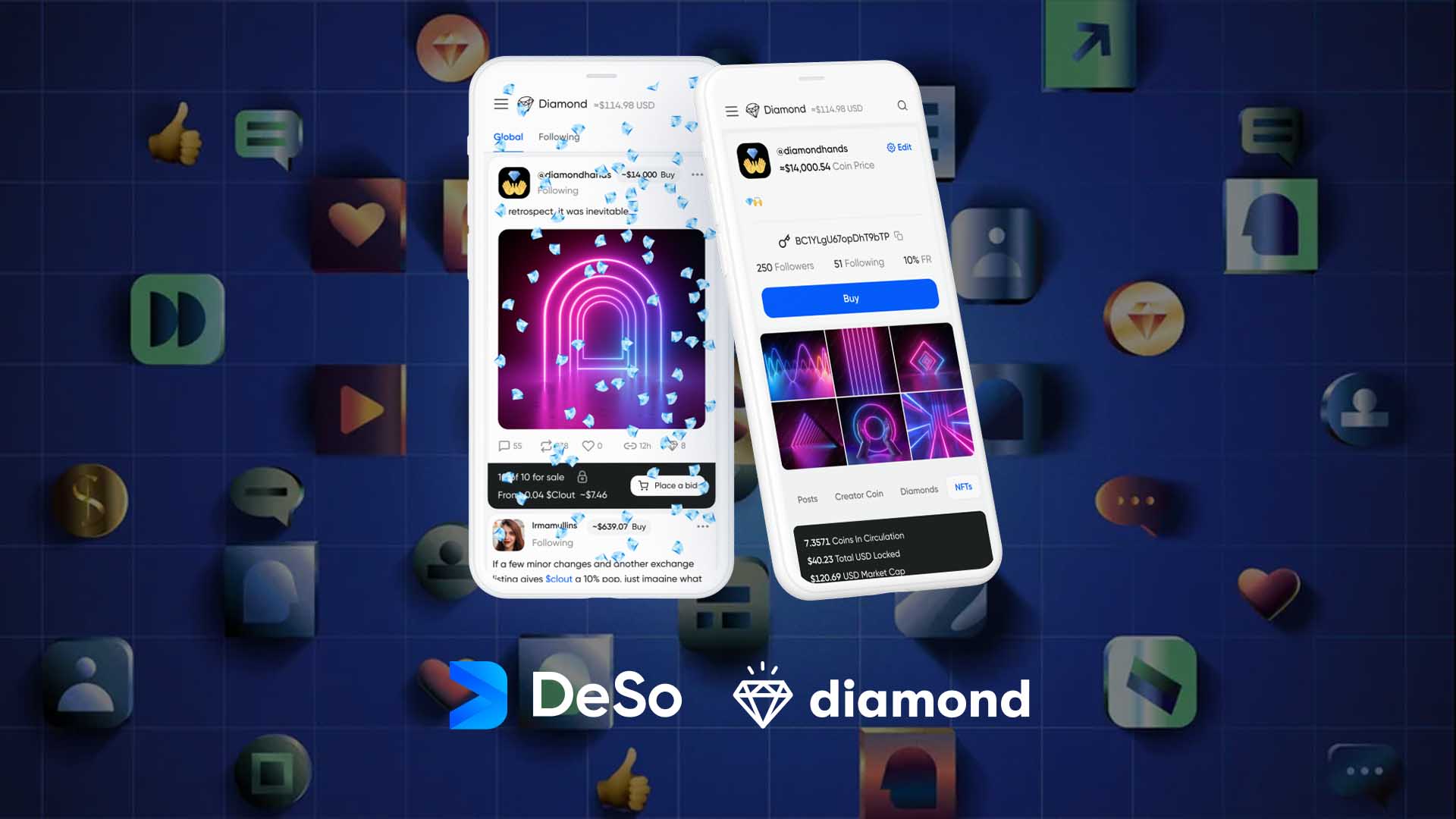 The next big trend is decentralized social media, and Deso brings it forward with Diamond. Made to be an alternative to centralized social media juggernaut Twitter, the blockchain community greatly anticipated the launch of this web3 social app. The app hopes to create a community of creators and audiences with no censorship, reinforcing ownership and increasing incentives. Diamond runs on the decentralized blockchain DeSo, due to DeSo’s eligibility for holding large quantities of data at a lower price.

“Existing blockchains cannot store content efficiently. It costs about $50 to store a 200-character Tweet on Ethereum and about fifteen cents to store it on Solana, Avalanche, or Polygon. In contrast, DeSo is one ten-thousandth of a cent, making it the first blockchain capable of disrupting storage-heavy applications like social, blogging, and even marketplaces.”

“I have an idea for a blockchain social media system that does both payments and short text messages/links like Twitter. Third piece is a twitter-like app on your phone that accesses the database in the cloud. This could be massive.”

Twitter has previously also shown interest in building a decentralized social media platform. Dubbed “BlueSky”, the project started as an idea in 2019 and has been turned into a foundation but is yet to be completed.

Diamond implements these ideas, meaning that Twitter no longer needs to build an application of its own. Instead, it can help promote Diamond to reach its goals.

To enforce ownership, content creators can mint any post on the platform as an NFT and launch social tokens that allow their followers to invest in their success.

The onboarding process will be straightforward, similar to creating an account on a Web2 platform such as Twitter. The DeSo blockchain will allow users to access different DeSo apps using the same profile. With the integrated DeSo wallet, users will also have access to their cryptocurrencies easily within the app, which opens up multiple possibilities.