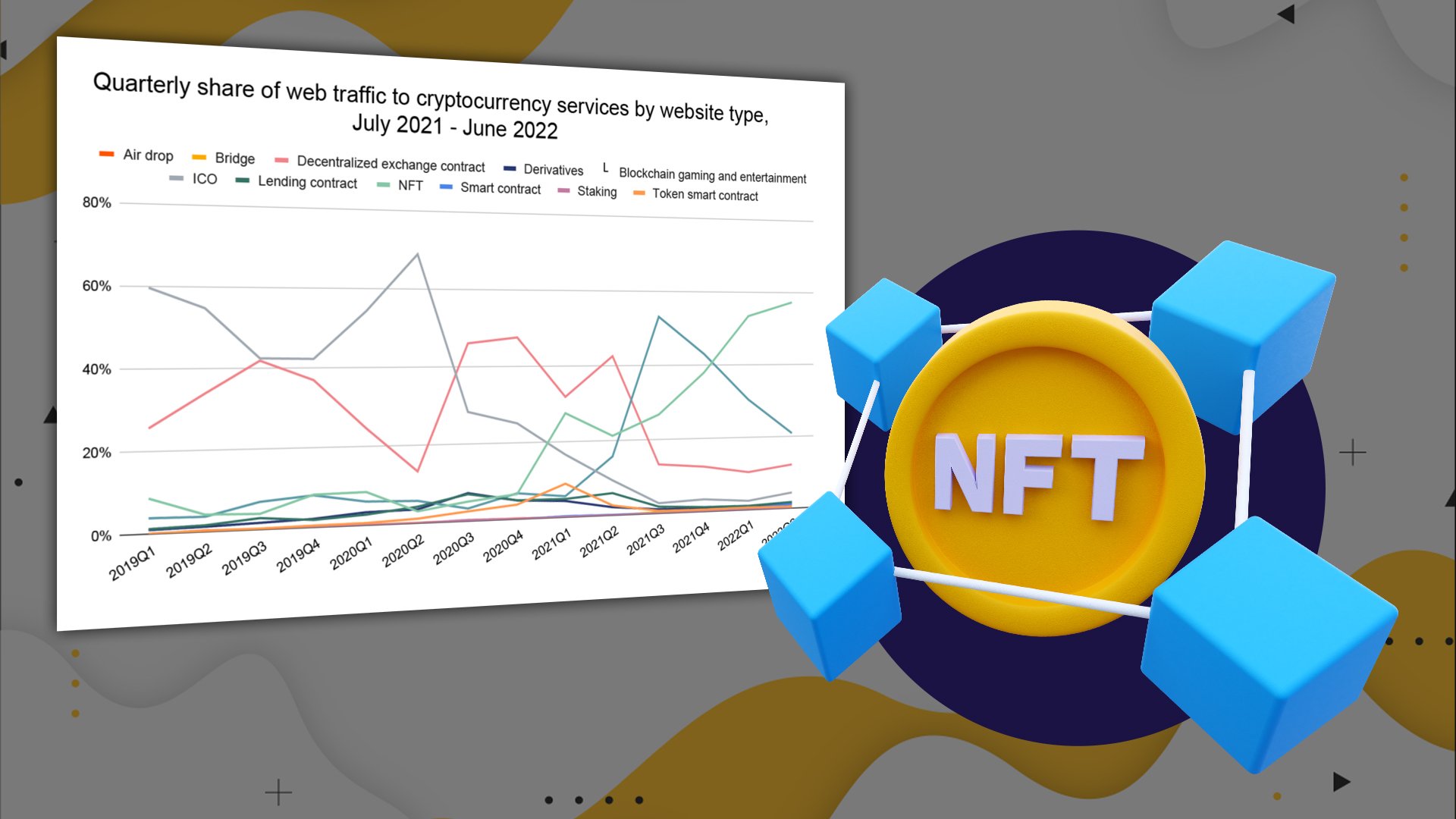 Non-fungible tokens (NFTs) are one-of-a-kind digital assets held on the blockchain that allow physical asset owners to extend ownership into the digital realm for the first time.

The ownership can encompass a wide range of real-life collectibles, including art, fashion, sports, and even physical objects. Since the first ever NFT “Quantum” was minted on the blockchain in 2014, the market has expanded rapidly, providing investors with an ideal intersection of cryptocurrencies, traditional assets, and digital ownership.

Over a million crypto users have purchased or sold NFTs as of May 2022, and the global NFT market is expected to grow from $3 billion in 2022 to $13.6 billion by 2027. The increased buzz has also attracted art collectors, who are taking advantage of the situation.

Crypto owners in Central, Southern Asia, and Oceania are not left out. According to the Crypto Adoption Steadies in South Asia, Soars in the Southeast report by Chainalysis, in the second quarter of 2022, NFT-related actions accounted for 58% of all crypto services web traffic from this region, and 21% went to play-to-earn blockchain game websites.

Chainalysis also reported that this year, Central and Southern Asia and Oceania (CSAO) is the third largest cryptocurrency market in their index, with citizens of CSAO countries receiving $932 billion in cryptocurrency value between July 2021 and June 2022.

According to a web heatmap by Chainalysis, NFT-related websites account for the majority of web traffic in almost every CSAO country — but most of these same countries have blockchain games and entertainment as the second-highest share.

This is not necessarily surprising: CSAO is a hub for innovation in blockchain-based entertainment, according to Chainalysis, who adds:

Vietnam topped the Chainalysis cryptocurrency adoption index for the second year, but the Philippines jumped to second place after ranking 15th in the previous report.

According to Chainalysis, traffic to websites related to other subjects, such as decentralized exchange contracts, has decreased in recent quarters, which it attributes to the bear market and ongoing crypto winter. The report also discussed crypto adoption in India and Pakistan, noting that while both countries were ranked as the second and third highest adopters of cryptocurrency globally in 2021, they have fallen this year to fourth and sixth, respectively.

Recent regulatory developments are mentioned as potential causes of the change: Pakistan’s central bank and government recommended a crypto ban in January, while India imposed a 30% tax on all crypto gains in April and an additional 1% fee on all crypto transactions in July.