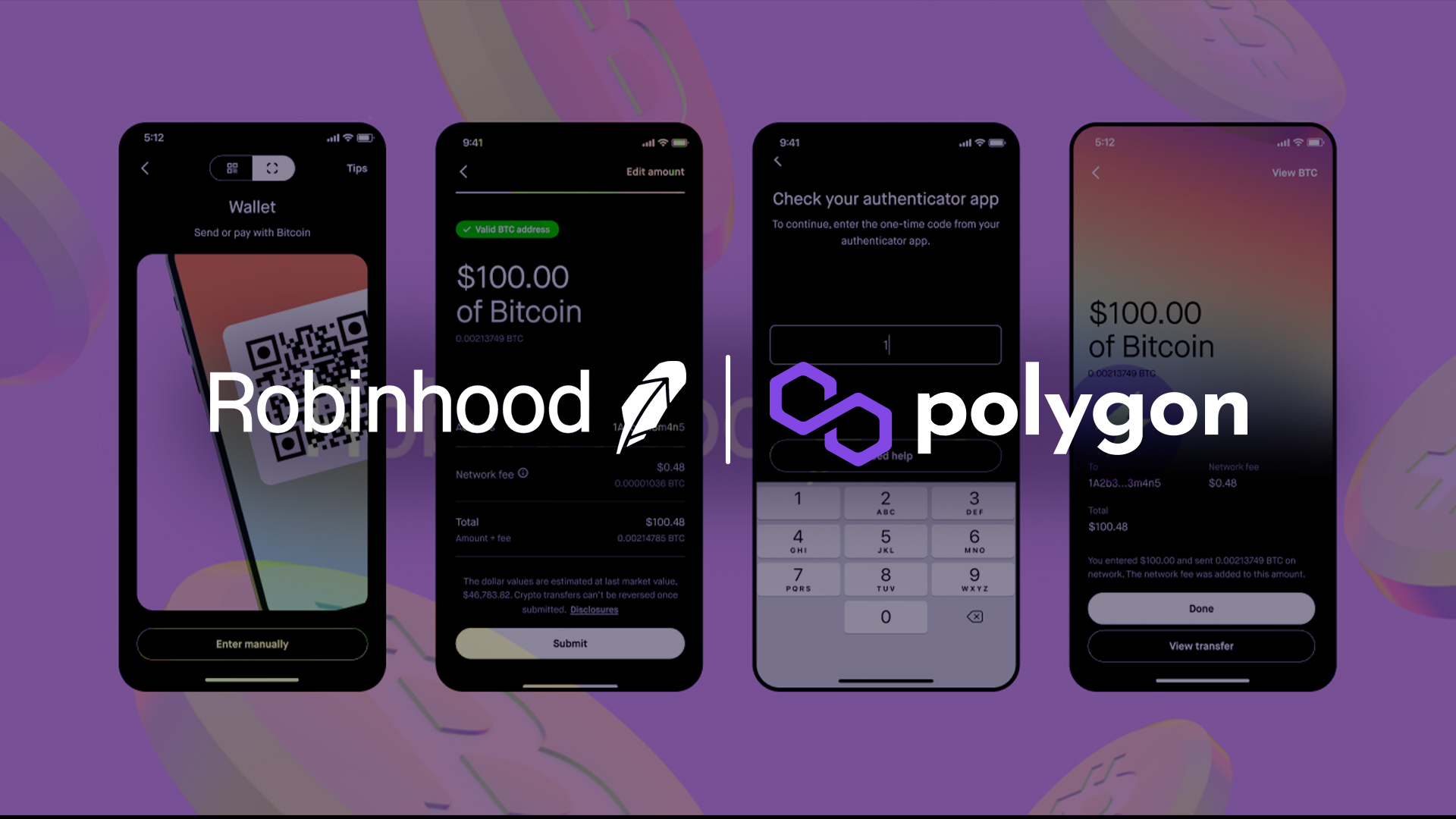 On Tuesday, Robinhood revealed the launch of its new Web3 wallet into the crypto space. This new non-custodial wallet, the Robinhood Wallet, will be launched exclusively on the Ethereum-compatible Layer-2 blockchain, Polygon.

Over the past year, the American financial services provider, Robinhood Markets, has increased its efforts in developing new crypto products. Earlier this year, the company began releasing the beta version of a wallet that supports major cryptocurrencies like Bitcoin, Ethereum, and Dogecoin. Just a few months later, the company increased the number of participants in the crypto wallet to 2 million of its clients.

Robinhood had previously announced its plans to release a Web3 crypto wallet in May. The company released a waitlist for the beta version of its Web3 non-custodial wallet. Although over 1 million Robinhood customers signed up for the waitlist, the Polygon-based product is only available to 10,000 iOS beta users now. The financial services company intends to make the beta Robinhood Wallet available for the 1 million waitlisted customers before the end of the year.

Since the wallet is based on the Polygon network, beta users can use features associated with the blockchain – anything from decentralized apps (DApps) like Uniswap, Kyberswap, and Decentraland, to DeFi protocols. Robinhood Wallet’s users will also be able to buy Polygon’s native token on the seamless and easy-to-use Robinhood app and move it to the wallet.

Chief Technology Officer and General Manager of Robinhood Crypto, Johann Kerbrat, stated that the wallet is meant to break some of the barriers associated with Web3 and increase accessibility to crypto enthusiasts.

The Robinhood Wallet is expected to expand over time, which means it won’t always be exclusive to Polygon. Robinhood intends to make the non-custodial wallet available on several blockchains. Currently, the Web3 wallet does not support NFT applications, but its users will be able to earn yields on their assets.

A peculiar feature about this non-custodial wallet is that its users will enjoy zero gas fees, which differentiates it from other non-custodial wallets in the market. As Polygon tweeted on Tuesday, this new product will make its millions of clients more active on blockchains with this low gas-fee feature.