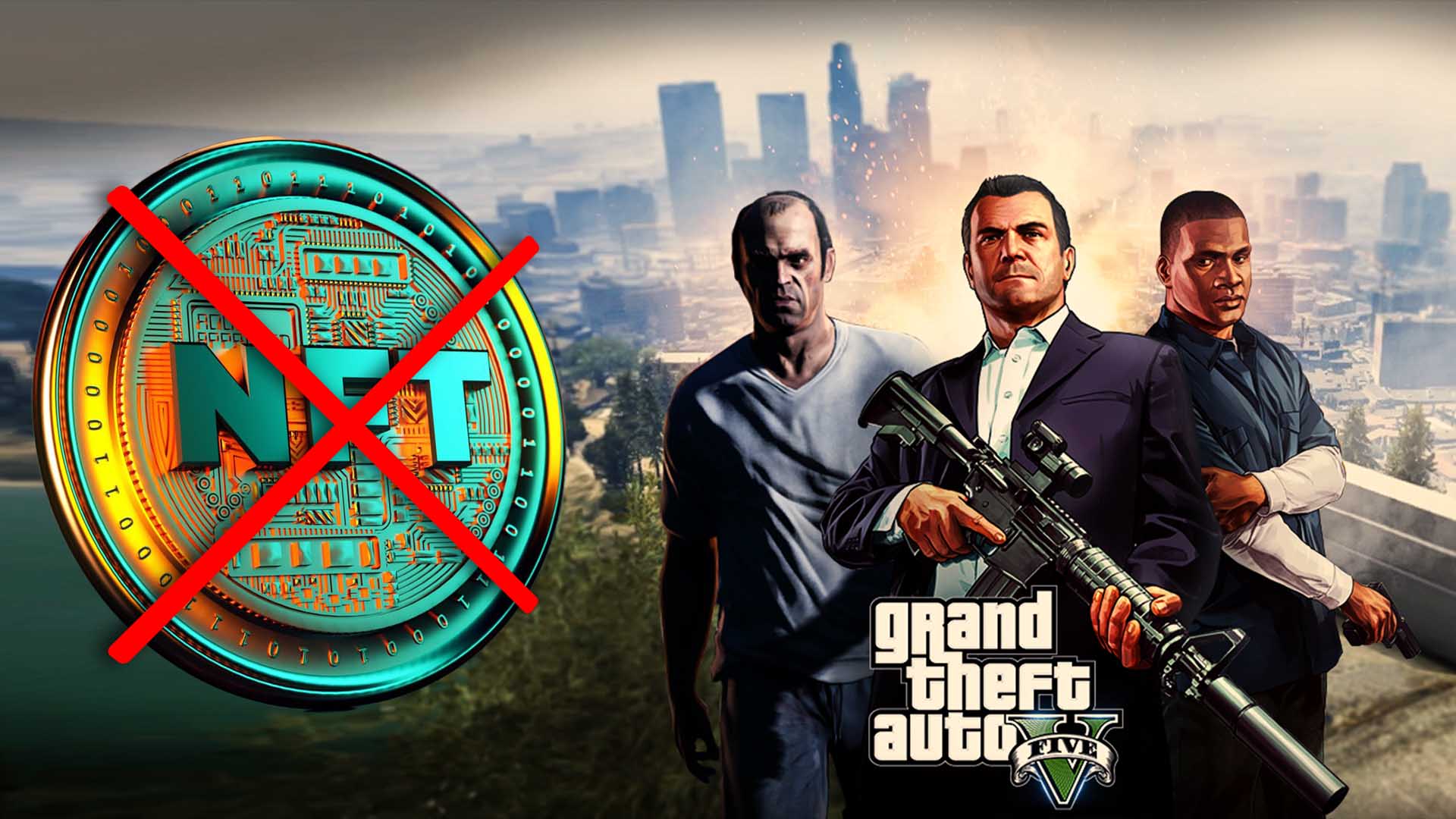 History of Rockstar with NFTs and cryptocurrencies

A few months ago, non-fungible tokens were allowed on GTA V and Minecraft servers. MetaHome, a product of a collaboration between MyMetaverse and Enjin, was the first in-game NFT project developed on the Efinity network.

The NFT collection consisted of several tokens including a unique automobile stationed in a MyMetaverse GTA V server, a sword in Minecraft, and Infinity Auto.

MyMetaverse built the Infinity Auto to allow gamers to execute tasks and get rewarded in currencies which could later be used to generate non-fungible tokens. MyMetaverse had previously confirmed that these NFT collections were not official collaborative products with either Rockstar or Minecraft. Now, Rockstar Games has forbidden all efforts to transact NFTs on its GTA V server.

Why is Rockstar prohibiting NFTs on GTA V servers?

Rockstar Games took to the streets of Twitter to share its decision to forbid NFTs on one of its franchise’s servers.

Along with this announcement came the reveal of Rockstar’s mods regulations for the single-player mode of its games. Role-Playing Servers (RPs) are third-party servers built by members of the gaming community. With respect to a member’s preferences, these servers can be customized for maximum satisfaction of roleplaying in GTA V’s online edition.

The statement highlights the company’s interest in allowing its creators to display their passion and creativity. Overall, Rockstar appeared to be in support of RP servers, claiming that, hopefully, such an initiative will continue to flourish in a peaceful and friendly manner in the future. But, the statement bans any form of efforts to commercialize such servers.

The recent statement by the game developer clearly forbids in-game transactions, such as accruing revenue from business sponsorships, sales of loot boxes for physical currency or its equivalent in the game, and in-game digital currencies. Overall, from now on, non-fungible tokens and cryptocurrencies are not allowed on Rockstar’s RP servers.

Undoubtedly, this policy update will significantly affect servers who relied on such commercial activities to take care of the salaries of staff members and maintain the servers. Eventually, these servers would have to forcefully adjust to the policy change or, worse, shut down. Also, GTA V RP NFTs will henceforth become valueless to their holders as commercialization of such digital assets has been prohibited.