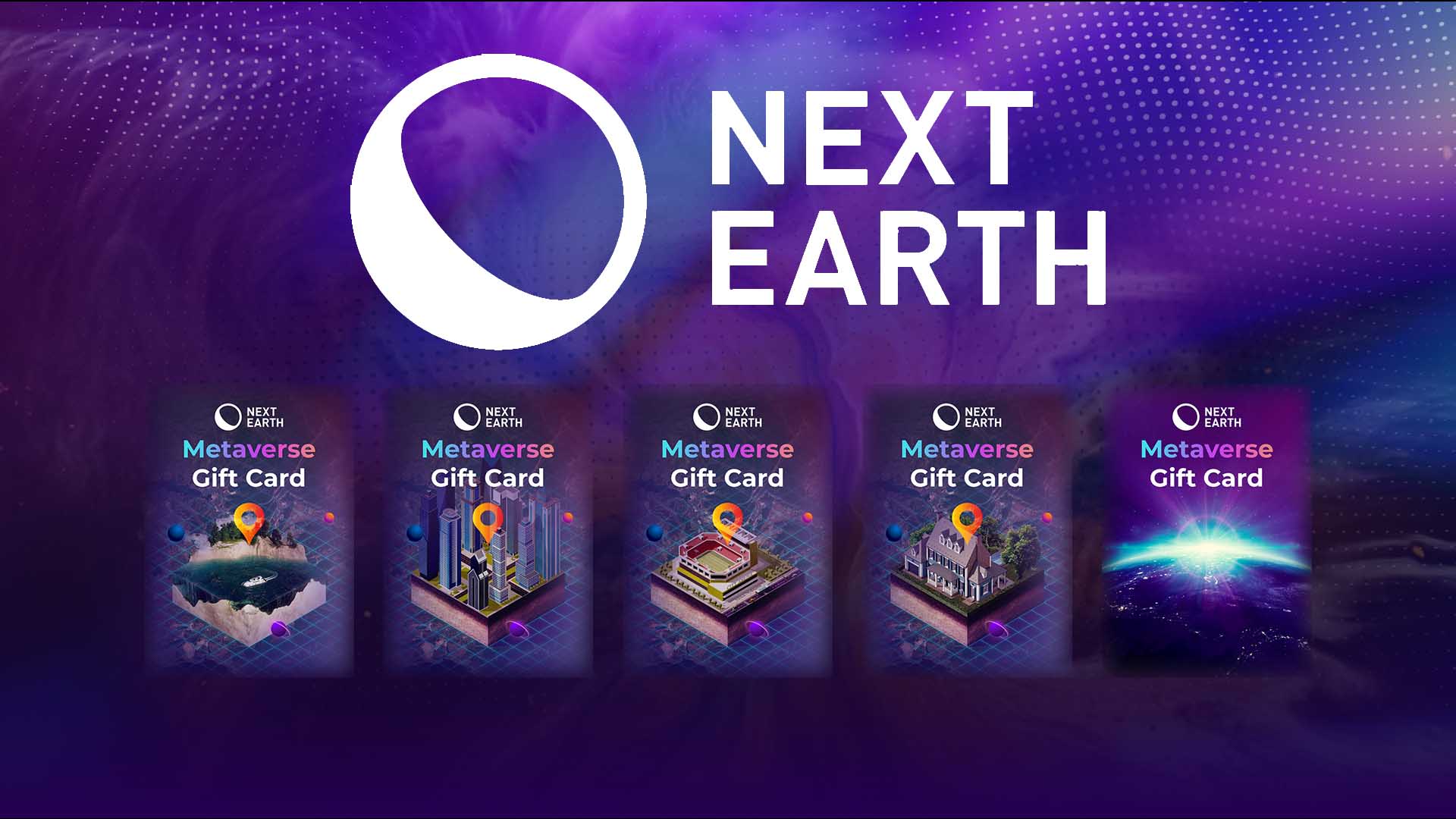 Next Earth is releasing a land-owning gift card for its metaverse that’ll be the first of its kind in the Web3 space. In an effort to make the metaverse simpler and even more mainstream, the company has made it easy for anyone to buy a land voucher and become a landowner.

What is Next Earth?

One of the most prominent Metaverses out there, Next Earth is an exact visualization of our planet Earth. The Metaverse developer plans on closing the gap between everyday life and the digital world. The land voucher is a part of their plans to make the metaverse more accessible and affordable for everyone.

Next Earth launched in the summer of 2021 and has gained around $12 million from selling virtual lands on its platform. The metaverse is home to 300.000 registered users and nearly 50.000 landowners.

Gabor Rétfalvi, the CEO of Next Earth, promoted the idea of businesses and influencers making a profit due to the metaverse being linked directly to Earth. He stated:

‘’Our vision is to open up the metaverse to everybody, by making it accessible and affordable. We are building a complex and equitable ecosystem on Next Earth, in which every user will be able to benefit from the values created on the platform. With the recently launched Metaverse Land Gift Card we aim to onboard a massive number of new users. Owning land on Next Earth brings endless possibilities thanks to the developments which will be rolled out until the end of the year. Users will be able to link their metaverse lands to their existing website, they will be able to build their own businesses on them, or even create a brand new layer on the surface of Earth. Businesses and influencers can also profit from the fact that the form of our metaverse is directly linked to the real Earth.’’

The Next Earth Metaverse Gift Card can be bought directly from their website by either businesses or users, and will also be distributed by popular e-marketplace portals worldwide. Any land bought on Next Earth may also be minted as an NFT.