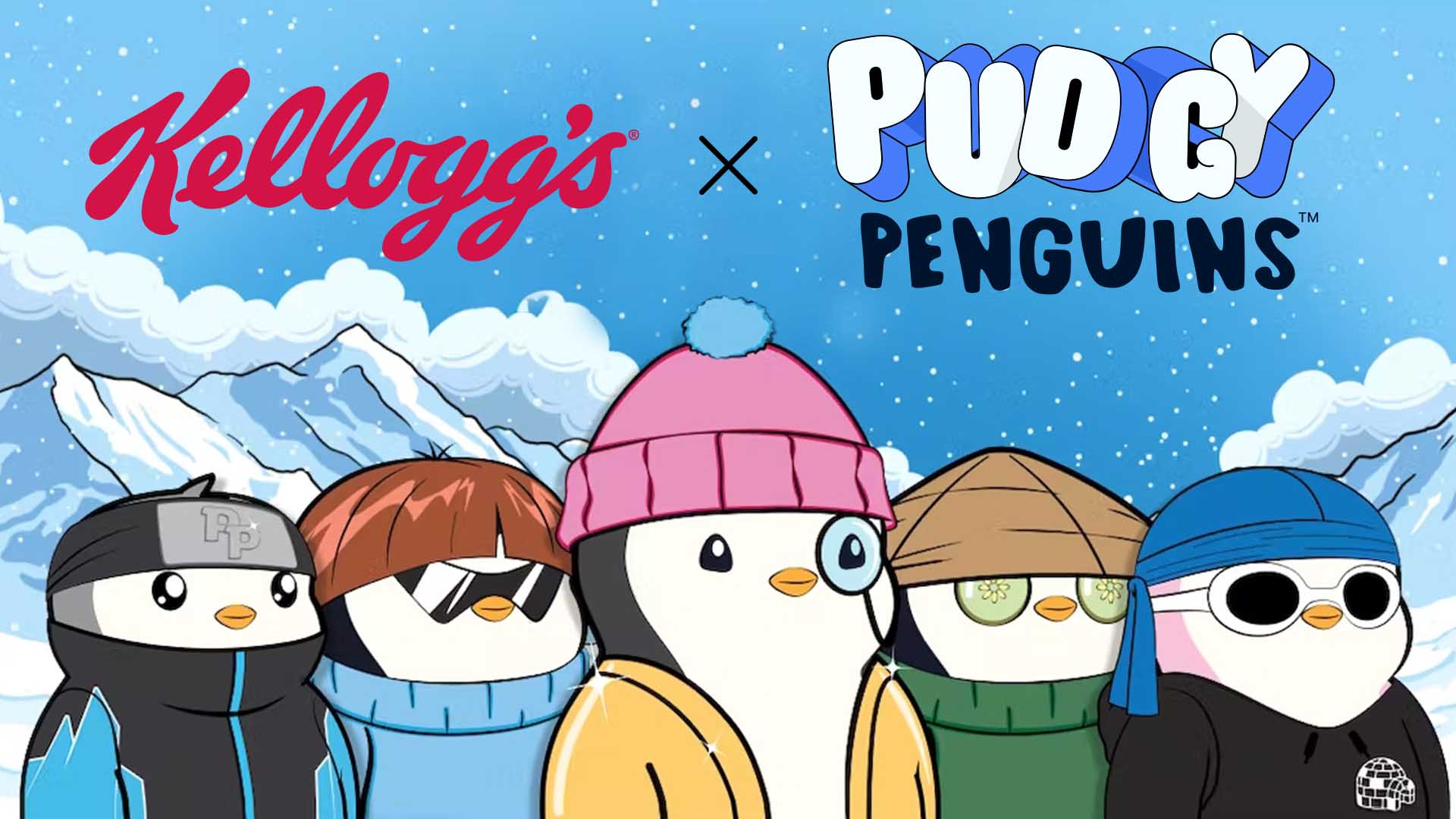 The Penguins did it again, Pudgy Penguins and Kellogg’s established a partnership to brand the front of a limited quantity of cereal boxes with the well-known brand imagery.

Kellogg’s and The Br3akfast Club, the NFT project of Kellogg’s, tweeted on November 16 that the boxes will include a variety of collectibles, including various types of items and a QR code to scan for additional digital collectibles.

What is Pudgy Penguins?

Pudgy Penguins is an Ethereum-based collection of 8,888 hand-drawn cute penguins that aim to promote happiness throughout the metaverse. With the five attributes of background, body, face, head, and skin combined, each PFP emanates charm.

Their main goal is to spread joy to everyone facing contemporary difficulties. To do this, the company has established its position by putting an emphasis on inclusivity, art, and other chances. And it intends to keep winning for the sake of Web3 and the Pengu Nation.

It was never easy for the Penguins as they had to part ways with the original creator after conflicts within the community over his wanting to sell the project and flee. After that setback, a new board of directors was appointed to the project along with the statement that they would start making new plush toys based on the Pudgy Penguins IP. The Pudgy Penguins floor price increased as a result of the revelation since many new holders wanted to see their tokens included in the actual toy collection.

It is evident that many of the blue-chip NFTs are surviving and finding their niche in the bigger corporate world where their artwork has the opportunity to flourish thanks to creative collaborations, like this new one with Kellogg’s.