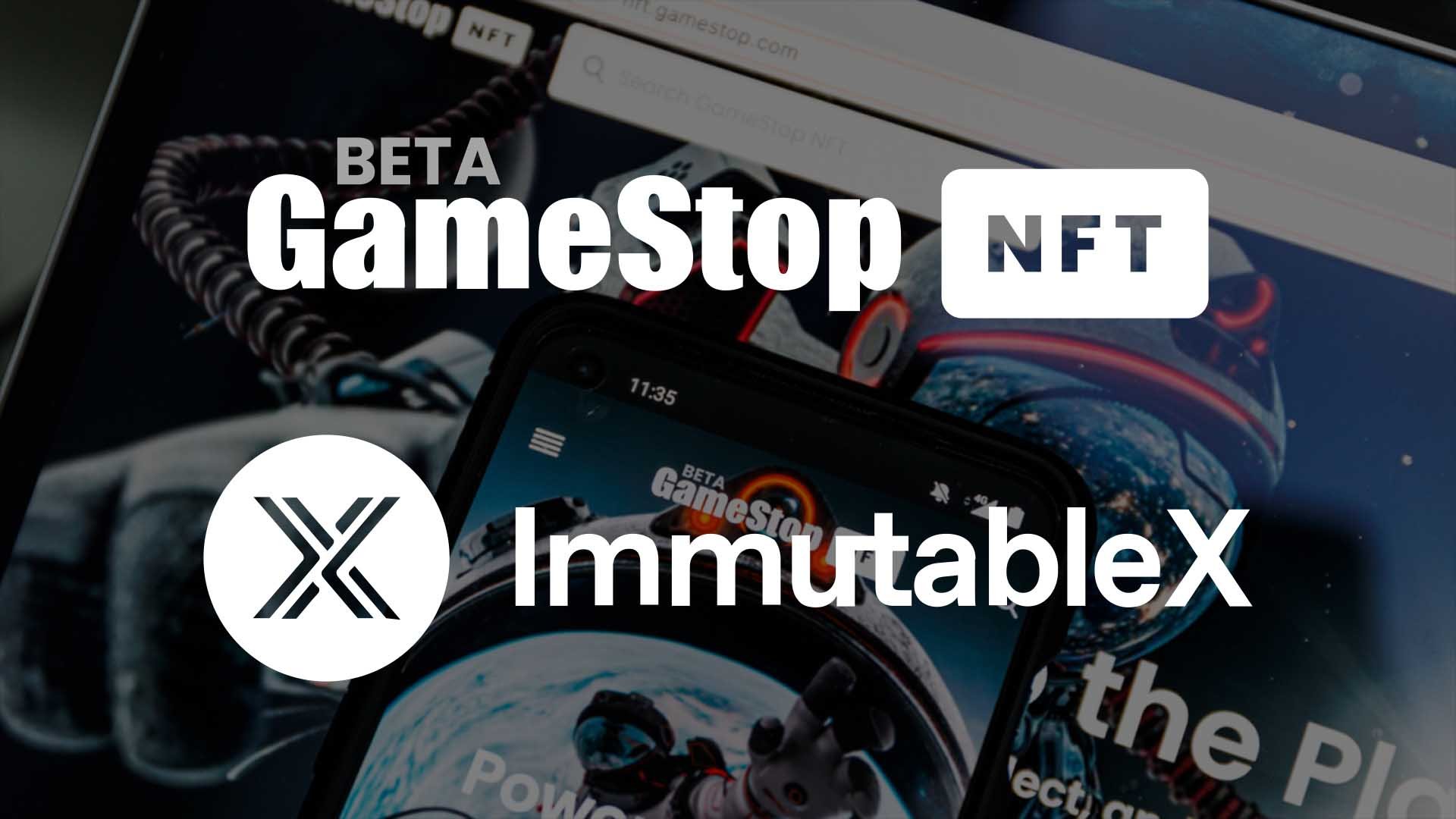 GameStop, the retail gaming giant, has ventured into Web3 to build a marketplace where billions of low-cost in-game assets that can easily be bought and sold, especially digital real estate and in-game skins.

Months ago, GameStop partnered with Immutable X for the launch of its non-fungible token marketplace. Now, the marketplace is officially live on the blockchain platform ImmutableX, which is a Layer 2 technology on Ethereum, known for offering gas-free, carbon-neutral NFT minting.

As the GameStop NFT platform has been operating as a public beta since July, users of Web3 games that are currently being built on ImmutableX like Gods Unchained, Guild of Guardians, and Illuvium had already restricted access to some NFT gaming assets.

When GameStop launched its NFT marketplace in July with initial support for Loopring, another Ethereum project occupying the Layer 2 space, ImmutableX provided access to NFTs directly integrated with games as opposed to standalone collectibles. Although, GameStop’s marketplace featured only 818 Loopring collections and just 17 ImmutableX collections.

The layer 2 scaling can facilitate a gas-free and carbon-neutral minting and trading at the GameStop NFT marketplace which is making it an attractive solution for players new to Web3 gaming according to the marketplace’s developers.

GameStop’s integration might be a paramount step forward for Web3 gaming as it will provide access to millions of additional NFTs while ImmutableX is bringing newer players to the ecosystem.

It seems GameStop is eager to stay in business as it has been venturing into the Web3 ecosystem to update its business model, which is reasonable after it’d almost gone under if the Internet hadn’t massively bought its stocks, which caused a massive short squeeze.

GameStop Stock Wars In The Past

More than a year ago, GameStop’s historical stock war began when people on Reddit came together to organize mass buying in GameStop’s stocks in a bid to initiate short squeezes in the market.

The reason why the Internet came together is to prevent Wall Street’s huge hedge funds from shorting GameStop’s stock to make a profit when Reddit users under subreddit WallStreetBets noticed that hedge funds, including one called Melvin Capital, had taken a large short position in GameStop.

The huge success of the Internet in their attempt to force hedge funds to liquidate their short position in GameStop. Multiple hedge funds ended up closing shop after sustaining massive WallStreetBets-driven losses. Melvin Capital was forced to close its position in GME due to GameStop’s soaring valuation.

The trading frenzy in GameStop stock and the massive short squeeze dealt a 49% capital loss to the hedge funds, even a London-based hedge fund White Square Capital went out of business altogether.