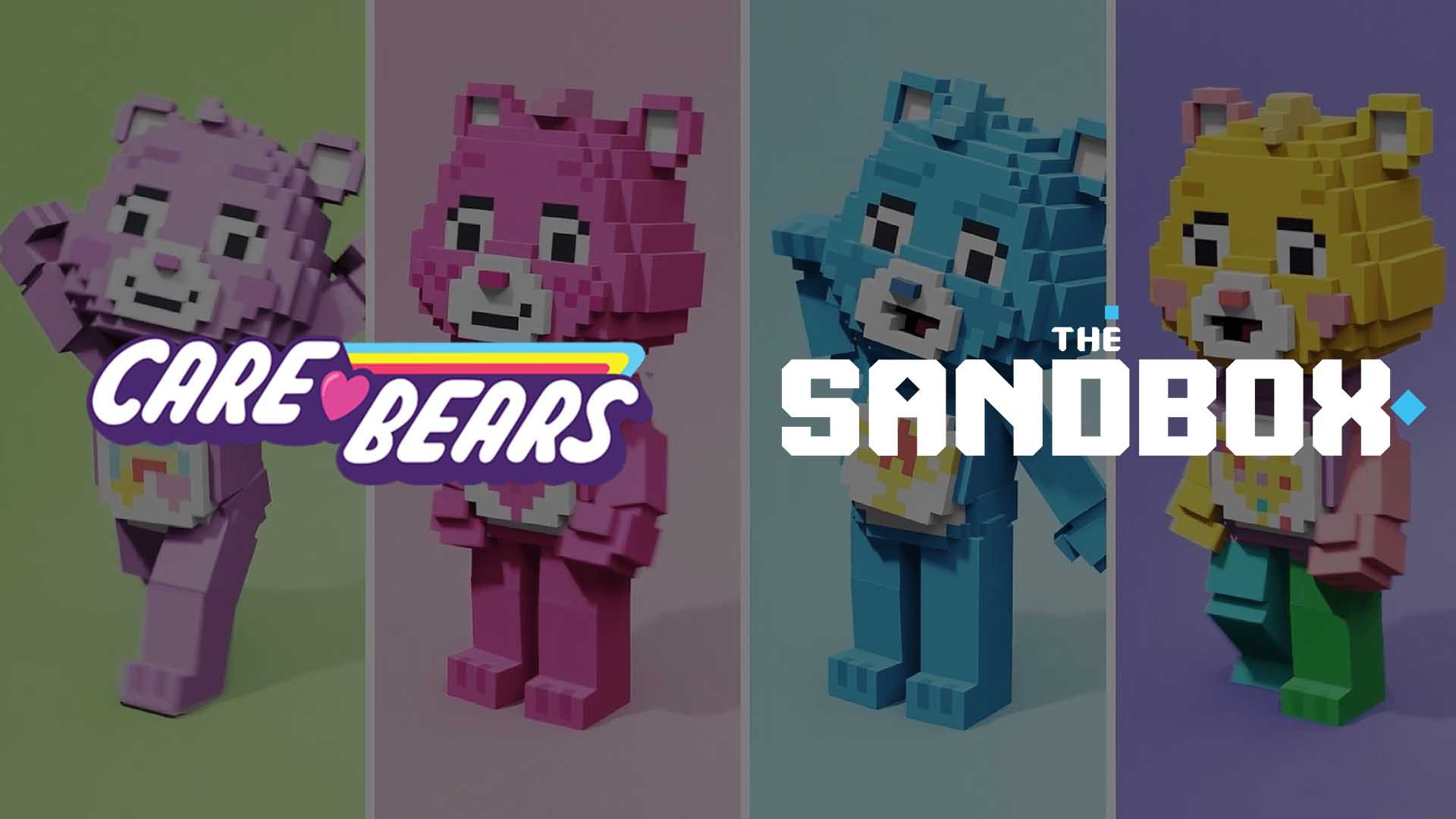 The Sandbox has announced the launch of Care Bears Avatars which players can use for playing games and earning SAND tokens. The sale of Care Bears NFTs began on November 15, 2022.

This isn’t the first time Care Bears and The Sandbox collaborated. In 2020, Cloudco Entertainment, the company that owns Care Bears franchise, and The Sandbox signed an agreement to bring various attractions including games, buildings, and assets that are based on the 80s cartoon series to The Sandbox’s metaverse.

With unique features and functionalities, Care Bears’ adorable and colorful digital character collection consists of 3060 unique playable avatars. Each avatar is unique and consists of over 100 hand-crafted traits and designs.

As being the largest Care Bears collection created to date, with over 30 types, 5 rarity levels, and 10 special designs. Care Bears NFTs offer a combination of tradition with Web3 for players to “discover endless experiences like never before”. The five rarity levels include unique, Web3, mixed, multicolor, classic, and special.

In addition to the Care-a-lot world inside The Sandbox where players can explore and use their avatars to meet, chat, and interact with each other while visiting attractions and buildings to play mini-games, they can create their own game experiences using Game Maker software.

Since The Sandbox also has the right to produce and distribute Care Bears-inspired digital in-game assets, they organized a new Game Jam last September where 30,000 SAND was split amongst the top entries.

Care Bears are multi-colored bears that have a symbol of their personality drawn on their bellies. They were originally painted in 1981 by artist Elena Kucharik to be used on greeting cards.

After the characters were turned into plush teddy bears in 1983,  their own television series Care Bears aired from 1985 to 1988. Nowadays, Cloudco Entertainment owns the franchise that consists of plush toys, cartoon series, video games, and various other merchandise.