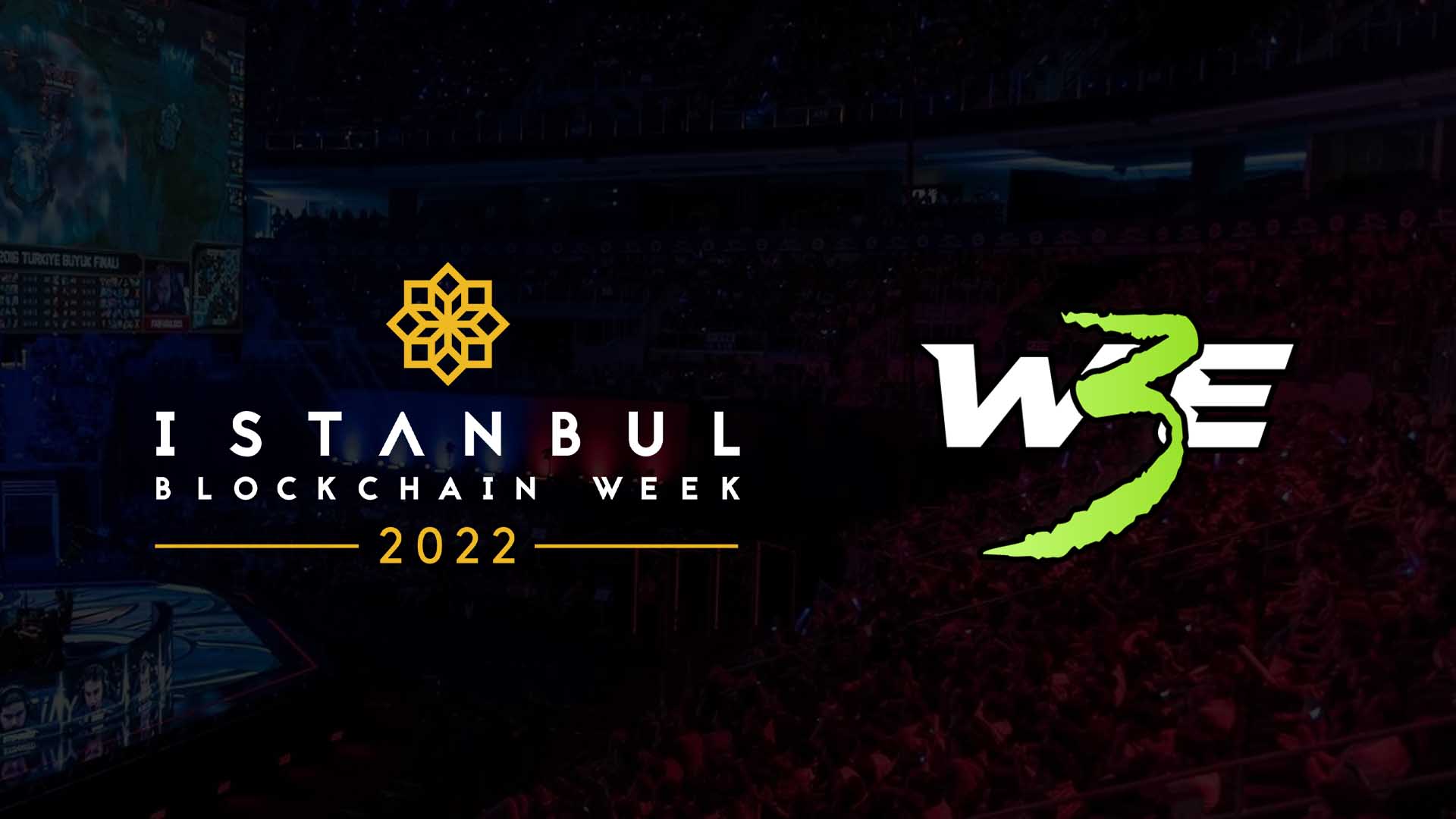 As a media partner of Istanbul Blockchain Week (IBW), we would like to announce that the world’s first live Web3 esports tournament will take place at IBW!

What is Istanbul Blockchain Week?

Istanbul Blockchain Week is a great blockchain event that will be held on 14-17th November in Istanbul, Turkey. The city is selected for the event because it is a hub of culture and trade with an exciting thirst for cryptocurrency and blockchain technology.

IBW presents successful speakers in the field, like Sébastien Borget who is the co-founder of The Sandbox, David Chaum who is the CEO of Elixxir, Ori Levi who is the CEO of NFTrade, and so on. In addition to the experts from the field, there will be various events, such as IstanDAO 2022, IstanHack 2022, and W3E Championships Tournament. In the news, we are explaining the details of the W3E tournament at IBW briefly.

What is Web3 eSports Tournament?

At this event, there will be introductions of games, special announcements from developers, demo tests, and exciting competition in one of the most popular Web3 games in the world.

W3E will be managed by team leader Damian Bartlett who is a former member of FaZe Clan and marketing strategist Thang Phan. Also, the world’s first Web3 game expo will take place as part of the W3E Tournament.

“We are excited to lead the team organizing the Web3 eSports Tournament.”

W3E Esports Tournament will gather game lovers together on the last day of IBW at ESA Esports Arena, Istanbul.

A live white-knuckle tournament will take place, featuring teams of the best players from Europe and Turkey. W3E will also invite the gamers of traditional Web2 games because the aim of W3E is to expand the decentralized gaming ecosystem.

Erhan Korhaliller, The CEO of EAK Digital which organizes IBW, said ‘’We are thrilled to lead the team organizing the first live Web3 eSports Tournament as well as the first Web3 gaming expo. Web3 games are the next step in this revolutionary technology. Watching it mature over the last few years has been incredible, but 2022 looks set to be the turning point. Participants will have the opportunity to see emerging projects at the game expo, test upcoming Web3 games, and network with the development team.’’

There will be the chance of experiencing various games in the event that will gather a lot of people from the gaming world, influencers, and investors together.

Chris Scott, the league partner and the co-founder and game director of the leader game of the tournament EV.io:

‘’We are excited to be a part of Istanbul Blockchain Week and contribute to a growing web3 esports space. We are big fans of the W3E and support the attempts of W3E to move the needle forward.’’

If you want to encounter the world’s first live Web3 esports tournament through Istanbul Blockchain Week, you can visit the website to get your ticket.