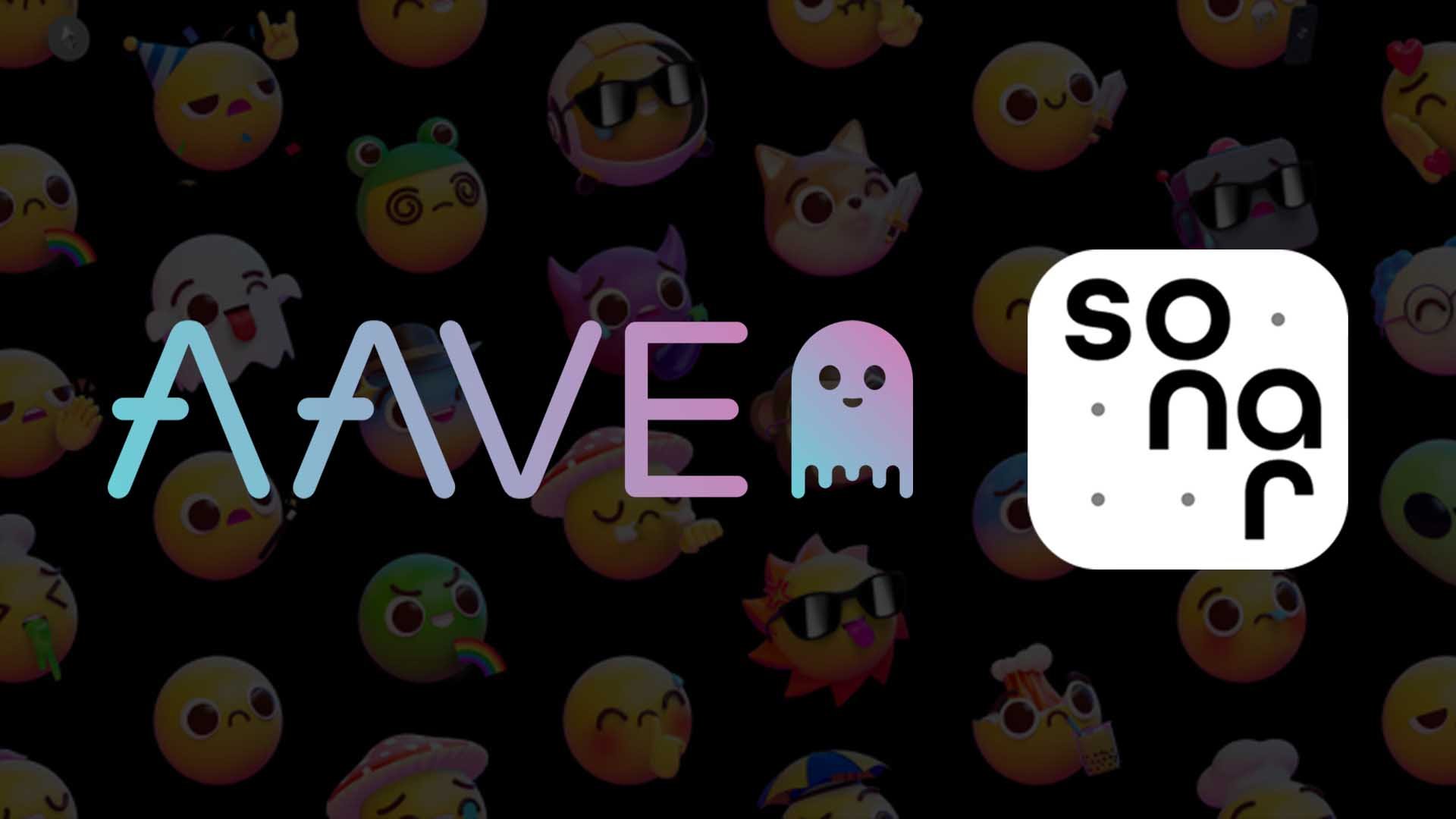 Sonar is an iOS game that enables users to participate in activities, including listening to music and interacting with other users, by using personalized “Moji” NFTs that are sold on the OpenSea marketplace. It debuted as a Y-Combinator product in the summer of 2020.

The website for Sonar describes mojis as sometimes charming, sometimes odd, but always fun collection of playable 3D avatars that can communicate with others via voice and text, emote, and build emoji-based environments.

Mojis have a body, mouth, eyes, and other features. They also have a gem—a diamond, ruby, sapphire, emerald, amethyst, or quartz that symbolizes the uniqueness of its individual components.

Aave Companies is a software development company and the parent company of several cryptocurrency initiatives, including the stablecoin GHO, the emerging social network Lens Protocol, and the lending and borrowing protocol Aave.

Ben South Lee and Randolph Lee, two of Sonar’s co-founders, along with other team members will join Aave Companies as a result of the acquisition. They will work on the development of social-mobile applications that are powered by the Lens Protocol, a decentralized social media protocol built on Polygon that enables users to store their content as NFTs.

Ben South Lee, who is taking over as the senior vice president of product and design at the Aave Companies, stated:

“We adore Aave’s use of the Lens Protocol in their social media strategy. It immediately dawned on us that all the pieces are there on Lens to fundamentally alter the way we communicate online.’’

“Ben, Randolph, and the Sonar team, in addition to their ground-breaking innovation, contribute incredible creativity and decades of valuable mobile, engineering, product design, and market expansion experience. We are excited that the Sonar team will be collaborating with our Lens team to advance our social media and mobile app strategy.’’