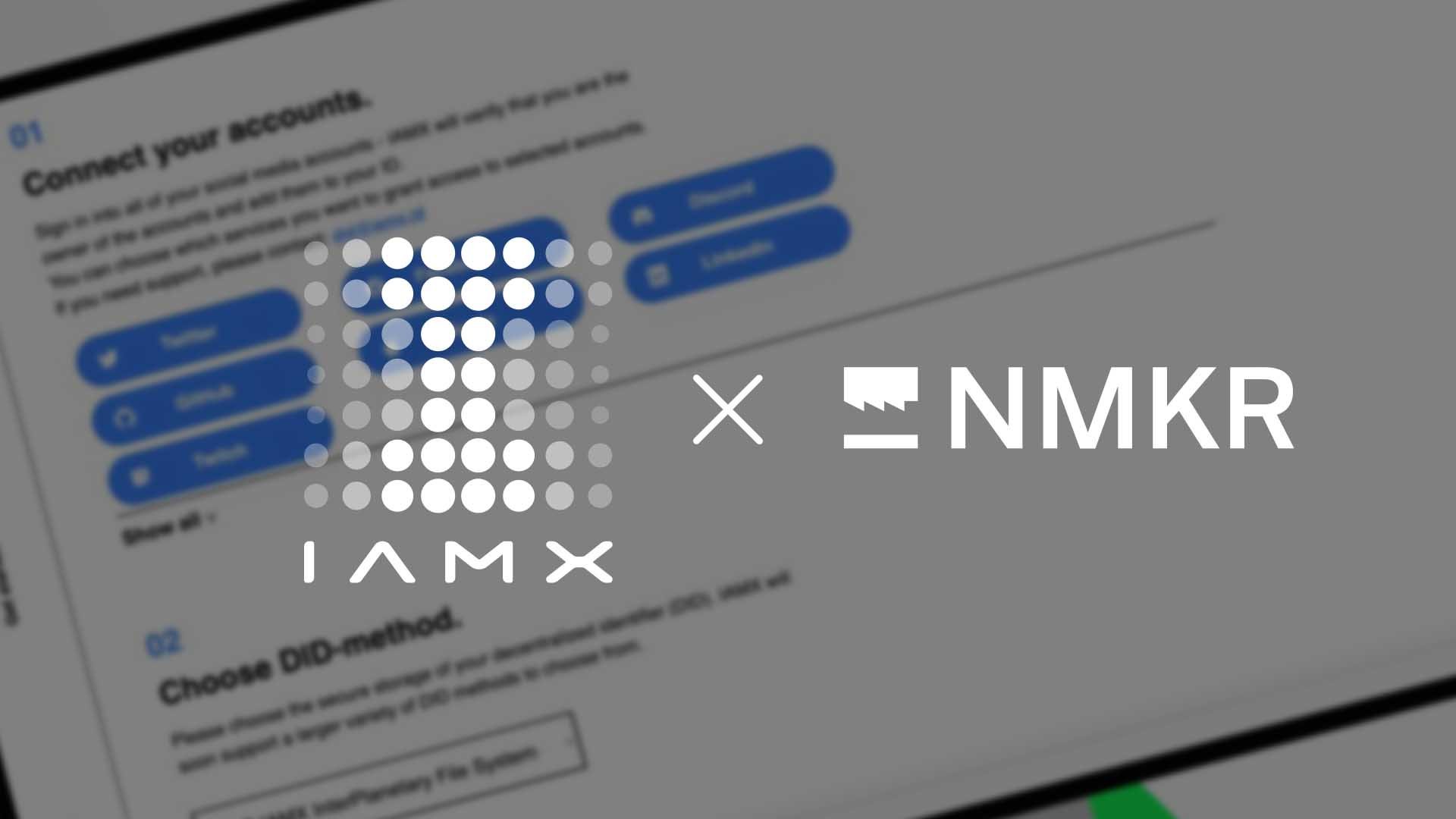 IAMX is the first Self-Sovereign Identity (SSI) solution provider to incentivize consumer activity and comply with the strictest security standards. In short, IAMX is the next-generation password.

IAMX is at the forefront of the Web3 revolution by bringing the world’s most secure, decentralized, and user-friendly Self-Sovereign Identity (SSI) solution. With IAMX, you can treat the Internet as if you’re always logged in, adding a layer of identity and authentication to the Internet.

IAMX is built on SSI, blockchain, and decentralized identifiers (DIDs), which allow individuals, organizations, or any entity to prove their identity without the involvement of third parties or centralized authorities. In this way, the entity holding the DID can independently verify the authenticity of anything associated with an IAMX DID.

NMKR is a start-up offering the most accessible and flexible tools like APIs to mint NFTs on Cardano. NMKR is empowering NFT mass-market adoption for real-world use cases by building an ecosystem around blockchain products, such as NFT minting and payment.

The solution, known as vNFT or NFT Identity, has been implemented as a Cardano Improvement Proposal (CIP). It uses Decentralized Identifiers (DIDs) to validate the authenticity of NFTs by allowing token creators to attach their decentralized identity to the tokens, which can be verified by anyone in a trustless and transparent environment.

Currently, the verification process for vNFT involves authentication via social media accounts, but IMAX intends to include a Know Your Client (KYC) mechanism in future updates.

The novel mechanism not only improves the verification of NFT authenticity but also prevents plagiarism from the start. Because of the immutable nature of the blockchain, the IMAX identity linked to an NFT via the NFT Identity Mechanism cannot be duplicated, altered, or eased.

It’s not a  secret that the NFT industry is currently beset by plagiarism issues. OpenSea, the world’s largest NFT market, has struggled with this issue. Due to rampant cases of plagiarism, scams, and spam, which account for roughly 80% of all use cases for the tool, the NFT giant has gone so far as to temporarily add a fee to its free NFT minting tool.