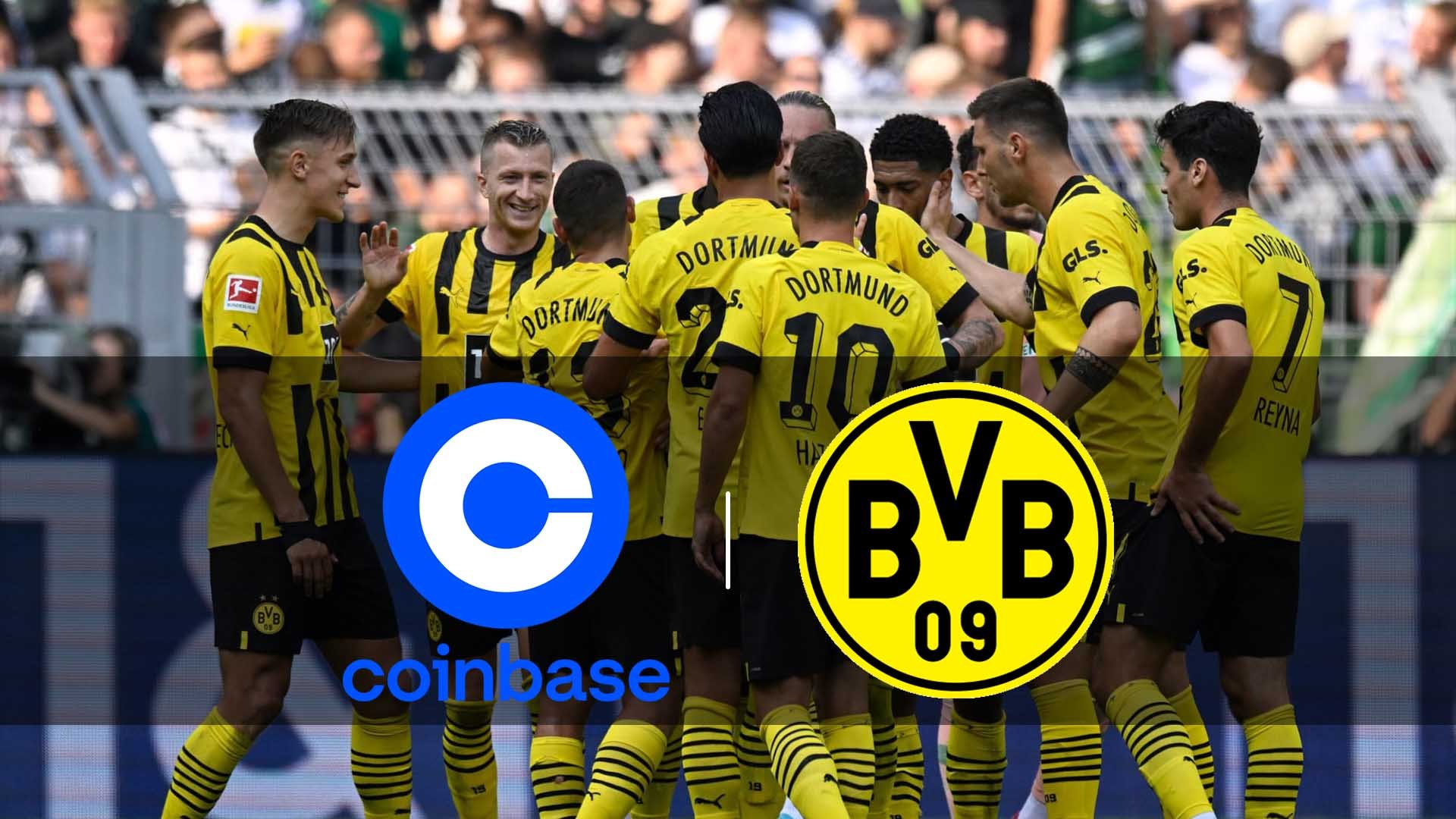 Leading crypto exchange platform, Coinbase, has reportedly made a partnership with German pro football club, Borussia Dortmund; although, specific details about the deal were not released.

According to reports, Coinbase and Borussia Dortmund have been partners since July last year; however, the partnership was only announced on the 17th of this month. Some terms of the deal have already been accomplished, such as BVB advertising Coinbase on display screens during a home game at Signal-Iduna-Park and Coinbase holding workshops for BVB’s employees.

Now, in a bid to take things a step further in the partnership, BVB has begun advertising the exchange in its stadium and promoting it on all of its marketing platforms. Also, Coinbase will have its logo displayed around its 81,300-seater stadium. The deal is expected to come to an end by the end of the ongoing Bundesliga season, which would be June 2023. However, the partnership could be extended by both partners depending on deliberations that will happen in either April or May.

This contract is certainly a brilliant play by both parties. Borussia Dortmund is one of the biggest and most respected football clubs not just in Germany but also on the entire continent. Playing in the Bundesliga, the legendary football club has won 8 league championships and 1 UEFA Champions League. The club also has a massive fanbase with over 17 million fans following the club’s Instagram profile.

This collaboration is expected to be a part of BVB breaking into the industry. As stated by the managing director of Borussia Dortmund, Carsten Cramer:

“The industry is very exciting, but still new. That’s why we want to keep our flexibility open.”