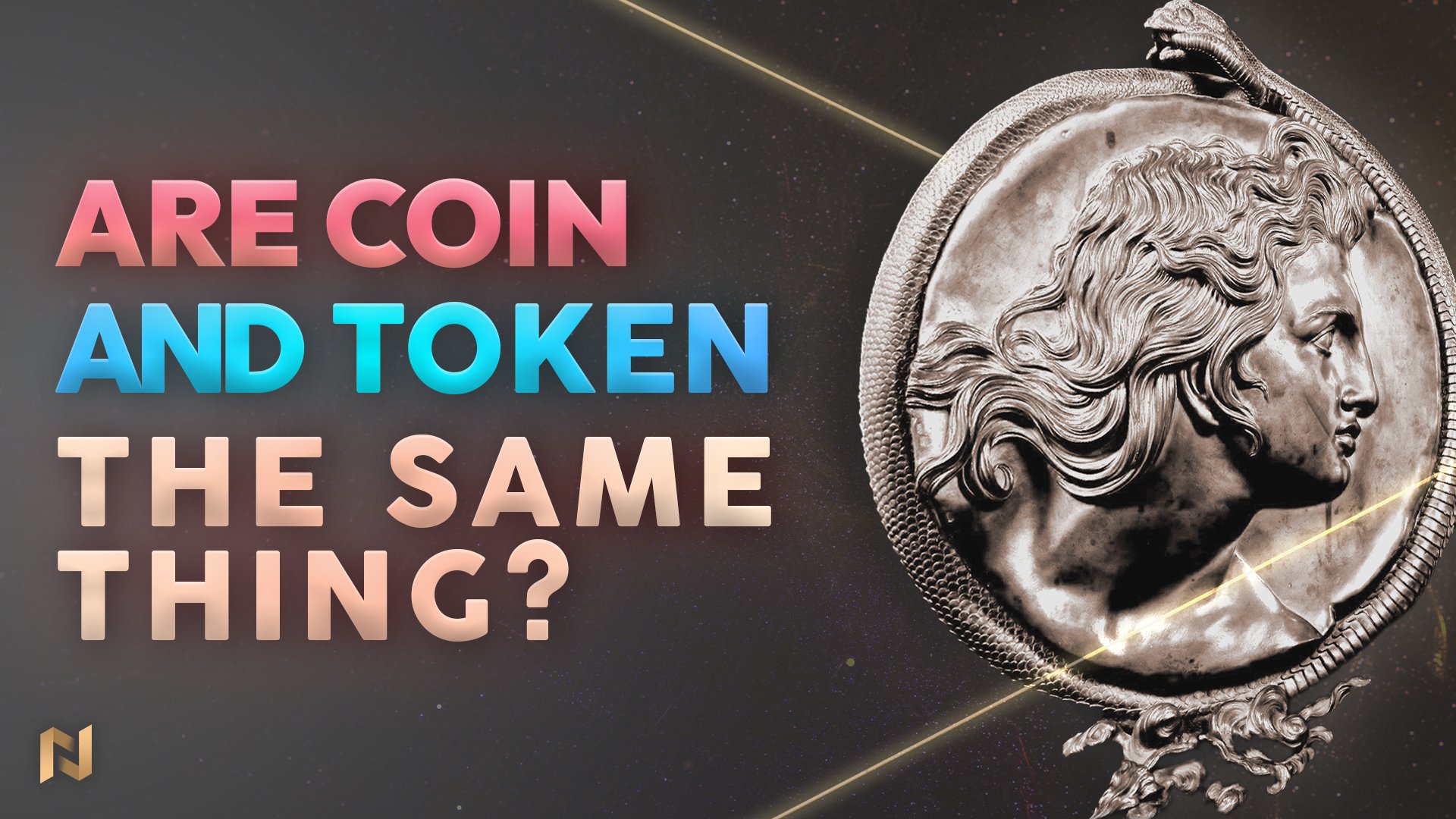 A lot of people started to deal with blockchain technology, the NFT world, and Metaverse, so they try to learn necessary notions about the things. However, some individuals can use some terms interchangeably, and the usage of the terms is not correct. For instance, lots of people think that coin has the same meaning as token, but the thought is wrong. Hence, we want to explain the difference between coin and token for beginners in blockchain technology for avoiding confusion. Let’s examine coins and tokens together!

In the real life, we use metallic currency and paper money for buying or selling something. At that point, you can think that coins are the digital equivalents of real-life money. Coins are also known as alternative cryptocurrency coins and altcoins, but the ‘coin’ notion is generally used in the digital world. Coins are created with the help of encryption techniques, and they store value over time. As we mentioned above, coins are digital versions of real-life money, so they have similar characteristics to money. For example, they have limited supply, and they are fungible, portable, acceptable, durable, and divisible. Because of the properties of coins, a lot of individuals think that we will use coins for our real-life activities requiring the usage of money in the near future.

If we should explain coins more, we should mention the main details. Firstly, people can mint, send, and receive coins. Secondly, coins are based on public-open blockchains that accept the participation of everyone.

The token is a digital asset that can be utilized for a project. In other words, we can use a specific token in a project, like an NFT-based game. As we know, lots of NFT-based games have their own tokens, and the tokens are used for specific purposes in the game, so we can think of the circumstance for understanding the difference between token and coin. From a general view, tokens present similar functions with coins, but there is an important situation; tokens provide holders with a particular privilege for participating in the networks of the projects. You can think that a token gives a specific function to individuals. For instance, you can use Token X in the project of X while you cannot use the same token in another project because the token is special for its own project. The situation is similar to a cinema ticket. For example, you can watch The Batman with the ticket for the movie, but you cannot watch Doctor Strange in the Multiverse of Madness with the ticket of The Batman. We can use tokens for certain cases of a project, like in the example of the cinema ticket.

Generally, tokens are separated into two categories that are security and utility tokens. Security tokens stand for ownership shares of a blockchain technology company. On the other hand, utility tokens present some use cases to individuals within a specific ecosystem. For instance, the holders of utility token can reach special access or promotions for future things easily.

As understood from the above paragraphs, we cannot use ‘token’ and ‘coin’ terms interchangeably in the digital world. We can say that a coin is a method of payment while a token has a specific function for a project. For example, you can buy a token for reaching a specific circumstance in a project by using a coin, but you cannot buy a coin with the help of a token.